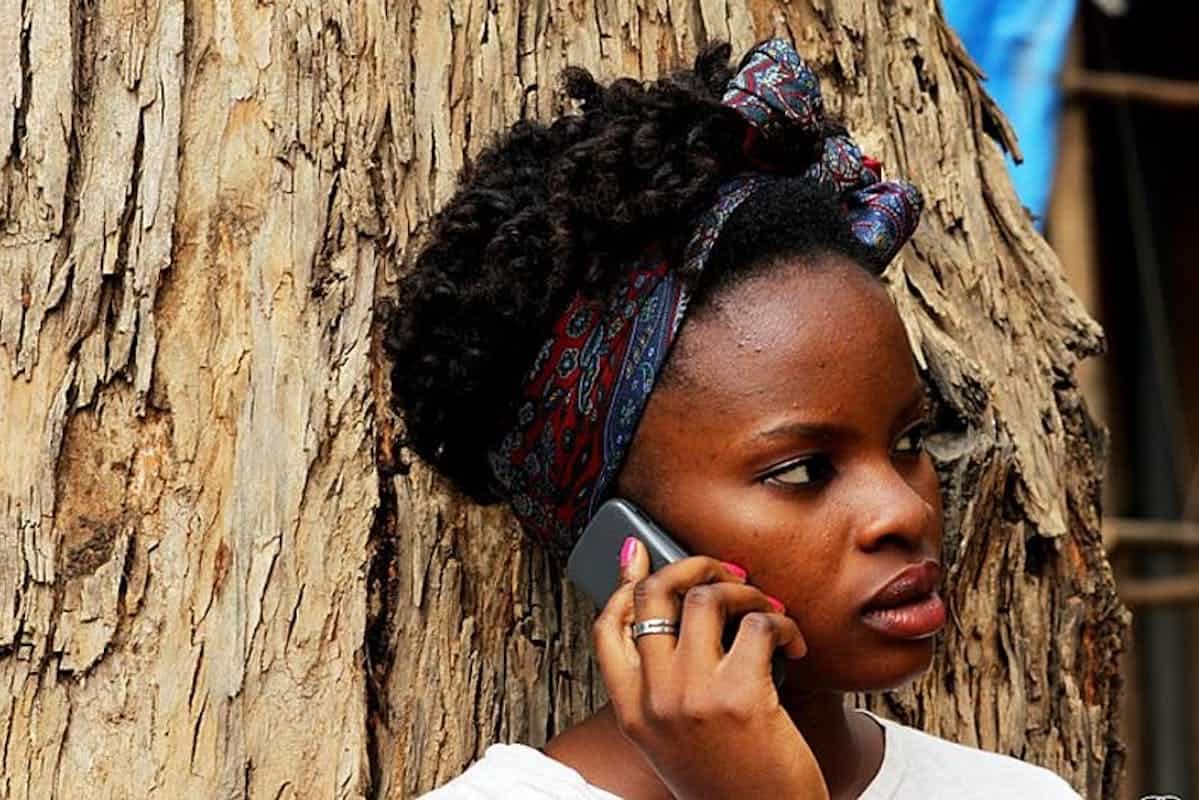 Mobile technologies put a world of information in a woman’s hand, the reasoning goes. And with information comes the power to learn, make informed choices, connect to the broader world and earn a living.

GSMA, which represents mobile operators worldwide, reported in 2019 that by the end of 2018, there were 456 million unique mobile subscribers in sub-Saharan Africa: 44% of the population. Mobile technologies and services were estimated to generate 8.6% of sub-Saharan Africa’s GDP and support almost 3.5 million jobs (directly and indirectly). But these estimates don’t shed much light on young women’s access to phones or the impact that phones have on their lives. And most of the academic studies of the subject have focused on adult women.

We wanted to know more about girls and women aged 9-25. These are the years when the direction of young lives is so often shaped by the presence or absence of opportunities to access social, economic and less tangible assets. We carried out our research in a variety of settings in Ghana, Malawi and South Africa. These three countries offer very diverse contexts but all feature gender inequality. South Africa ranked 113th of 159 countries on UNDP’s 2018 gender equality index, Ghana 142nd and Malawi 172nd.

Our research looked at several aspects of the way young people use phones: how usage shapes their interactions with older people; livelihoods; education; and health advice. One theme emerged strongly: gender. Interviews with girls indicated that access to phones has done little to empower them. Instead, it has often reinforced existing inequalities.

Better understanding of the role of mobile phones in young lives is highly pertinent to addressing Sustainable Development Goal 5: Achieve gender equality and empower all women and girls.

We conducted research from 2012 to 2015 in 24 sites across Ghana, Malawi and South Africa. They included poor, high-density urban, peri-urban and rural locations, some with services and others remote. We conducted in-depth interviews with more than 1,600 people, and surveyed 4,500 young people – all face-to-face. We also drew on our earlier research with a smaller group of children aged nine to 18 in the same sites in 2006-2010, to learn about change over time.

Our surveys show dramatic expansion in ownership of phones in our study sites. For example, 0.4% of girls in Malawi had a phone in the first survey but 6.2% had a phone in the follow-up survey. In South Africa, more than half of the girls surveyed had a phone in 2015, up from less than a quarter. In most but not all categories, boys had greater to access to phones than girls did.

Most were still basic phones in 2013/14 though internet-enabled smartphone ownership was expanding rapidly in urban sites.

Phone use among young girls was already starting to raise concerns among parents and teachers in 2006-2010. Many suspected that if a girl had a phone, it might have been received as payment for sex. This remained a concern in the second study.

We found that girls and boys regularly take their phone to school, whether the school allows this or not. Our data suggest that the educational benefits are mostly limited to calculator use and occasional information searches. There can be many negative impacts, though, including bullying. Both boys and girls reported negative impacts. But girls also frequently face propositioning from male teachers by phone. And widespread phone circulation of pornography (mostly by boys) makes many girls highly uncomfortable.

Read more:
How mobile phones are disrupting teaching and learning in Africa

Phones are regularly promoted as tools for female entrepreneurship. In Ghana, in particular, we found young women entrepreneurs using phones, especially in urban areas. Direct employment of females in phone-related businesses is usually restricted to areas such as airtime sales, where competition is high. Better-resourced males are able to set up higher-value enterprises to sell, repair and charge phones.

The precariousness of many women’s businesses is also evident from comments about sacrifices required to “feed” the phone. Overall, our data suggest that while many women now perceive the phone as an essential tool for promoting work opportunities, it has not transformed their livelihoods.

Most young people we interviewed, in all three countries, from their early teens onwards, referred to the part that phones play in romantic and sexual relationships. Having a phone is key.

I am going to have a new phone tomorrow (and then) girls will easily agree to have an affair with me (14-year-old, South Africa)

Etiquettes of calling and airtime purchase come into play. Women expect to have their communication funded so that they can respond to boyfriends’ calls. But that can put them under surveillance too. Men often feel justified in controlling phone contact lists and calls.

Once they buy you things they start to think that they own you. (Woman, 24 years, South Africa).

Our findings point to the importance of girls’ and women’s relationships with men in shaping whether and how they use phones and to what effect. Any expansion of female autonomy, whether through a business venture, education or a health decision, can be seen to pose a threat by husbands and boyfriends who expect total control in the relationship.

Use of the phone as a “digital leash” to check women’s whereabouts appears to be a growing feature of many relationships and conflicts. The phone is also used as a lure.

When mobile phones are socially and culturally embedded in patriarchal sexual relationships, it complicates the potential for female empowerment. Phones offer both opportunities and hazards.