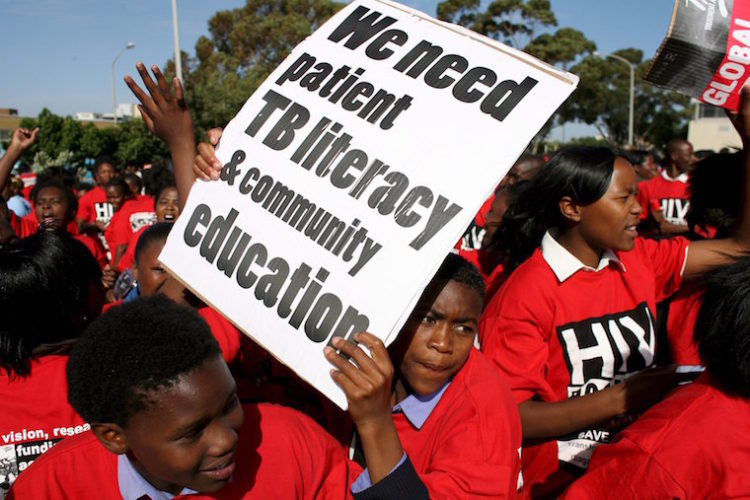 Today is world TB day. This day has been set aside to build public awareness about the global epidemic of tuberculosis (TB) and efforts to eliminate the disease. On March 24 in 1882 Dr Robert Koch astounded the scientific community by announcing to a small group of scientists at the University of Berlin’s Institute of Hygiene that he had discovered the cause of tuberculosis, the TB bacillus. His discovery opened the way toward diagnosing and curing tuberculosis.

Although tuberculosis (TB) is preventable and curable, many people globally still suffer from this disease. Anyone can get TB. In Africa, South Africa is one of the countries with the highest burden of TB, with the World Health Organisation (WHO) statistics giving an estimated incidence of 450,000 cases of active TB in 2013. This means about 1% of the population of about 50 million develop active TB disease each year.

This is worldwide the third highest incidence of any country after India and China, and the incidence has increased by 400% over the past 15 years.

Read: Tackling the scourge of TB in Southern Africa

The world health organisation reports that TB is spread from person to person through the air. When people with lung TB cough, sneeze or spit, they propel the TB germs into the air. A person needs to inhale only a few of these germs to become infected. Tuberculosis mostly affects adults in their most productive years. However, all age groups are at risk. Unfortunately over 95% of cases and deaths are in developing countries. Common symptoms of active lung TB are cough with sputum and blood at times, chest pains, weakness, weight loss, fever and night sweats.

Here are some key facts from the World Health Organisation.

We should ensure our governments in collaboration with civil society and us as active citizens get engaged in ending TB to ensure healthier future generations.