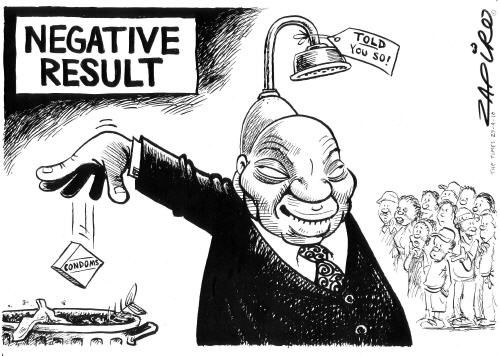 The charismatic rap king walked on stage with a Kente cloth wound around his waist, and in the same measured drawl he drops verses in he began to speak.

“The best way to tell your story is simply to tell it,” he said, leaning forward at the lectern like a scholar. “I was born in Brooklyn, to teenage parents …”

For the next half an hour the artist formerly known as Mos Def recounted his rise from the working-class projects of New York, where the explosion of hip hop culture gripped his imagination in the early 1980s, to his current position as one of the most accomplished emcees on the planet.

“I was in the Bronx; it was 1981,” he said of his first experience of the music that would change his life. “I was standing at an intersection. On my left there was a doorway, an open doorway, and there was this sound I’d never heard before coming out.”

He started to beatbox—the groove was unmistakeable—and then to rap.

“Unemployment going at a record high
People coming, people going, people born to die
Don’t ask me, because I don’t know why
But it’s like that—and that’s the way it is.”

The audience, a strange mix of music industry professionals and wannabes gathered in Cape Town for the opening of Music Exchange, an annual conference, had been sitting silently. By the final line of Run DMC’s eternal chorus practically everybody was chanting along.

The man calls himself Yasiin Bey these days, and he was delivering a keynote address, not freestyling in a cipher. But above all else Mos Def is, and always has been, a compelling performer.

Back to Africa
Mos broke onto the international rap scene with Black Star, his 1998 collaboration with fellow Brooklyn lyricist Talib Kweli. Black On Both Sides, his debut solo album, was released the following year. Both records sold hundreds of thousands of copies and had substantial cultural impact, reintroducing themes of black pride and social consciousness into a global hip hop lexicon increasingly dominated by the violence and posturing of gangster rap.

“My father gave me a great gift when I turned 16,” he explained from the stage. “Two things: Miles Davis’ Bitches Brew album and a novel by Chester Himes called Real Cool Killers. I was just like, ‘Man, this guy is amazing, how does he puts these thoughts and words together? I wanna write rhymes like this. I wanna be able to use the type of language that I’m seeing in these novels in my rhymes.’”

Yet the mainstream status quo, which was dominated by “very big, tough, macho guys,” left little space for alternative representations of US street life.

“That wasn’t my style. I couldn’t be like that. I wanted to make great literature using hip hop as the medium. I wanted to be able to say great words, to communicate great ideas, but in the craft of the street that I grew up with.”

This ambition eventually led to collaborations with De La Soul and A Tribe Called Quest, well-established groups who had been pushing a more holistic image of hip hop since the late 80s.

“When De La Soul released 3 Feet High and Rising (in 1989) it was a great moment for me,” he insisted. “They are single-handedly the reason that I have a career as an emcee today.”

By dialling into the underground hip hop movement Mos Def also began a personal journey that would take him back to Africa.

Yasiin Bey in his Kente cloth wrap from Ghana, making himself at home in Cape Town (Pic by Yazeed Kamaldien)

Roots music
Black Americans, for the most part, are the descendants of West African slaves, and contemporary black American history—as reflected in diverse streams of popular black culture—has largely revolved around engaging with and coming to terms with this legacy. Rastafari ideology, for example, explicitly frames Ethiopia as Zion, a potent spiritual motherland. In the US, a broader focus by Black Nationalist and Afrocentric movements on reclaiming some kind of African cultural identity has found its way into popular music too: notably the through politically charged funk of James Brown and George Clinton, and two decades later via the booming ghetto phenomenon of hip hop.

Within this milieu a number of prominent emcees began incorporating strong Africanist views into their lyrics. Artists like Dead Prez, The Roots, Talib Kweli, Common and Mos Def himself have all rapped about issues like African unity, white supremacy and structural racism in the USA, helping orientate themselves and their millions of black listeners with roots pointing towards the African continent.

It is necessary to understand these wider trends to contextualize both Mos Def’s recent name change—Yasiin Bey being an affirmation of his Muslim heritage, which has historically intersected with US Black Nationalism via the prominent political/religious movement Nation of Islam—and his recent adoption of Cape Town, and thus Africa, as ‘home’.

He’d been speaking for nearly an hour but nobody was fidgeting.

“I thought about this place every day after I left. And then last year, in May, I came. And I said, ‘That’s it. I’m staying.’”

Rumours of his presence have been circulating ever since: Mos Def has been spotted attending gigs, walking down Long Street, praying at local mosques. He performed at a New Years party alongside a small crew of local DJs and emcees. But for the most part he’s kept a low profile—although this hasn’t prevented him from linking up with the city’s creative scene.

“I’ve been really encouraged by the artistry and the determination I’ve seen. Musicians, designers, painters, writers, so many fantastic people in almost every endeavour … Yet I see so many of them acting doubtful or fearful, or feeling like what they have to offer is beautiful only to them, and not valued by the world.”

“I find it curious that all this enthusiasm that the rest of the world has for Africa in general, and South Africa in particular, is not shared as wholly by Africans themselves.”

“No place is like Africa. No place. The arts, the crafts, the thoughts, the concepts, the energy, the people from this continent are unlike any other in the world.”

It was inspiring stuff, although almost entirely devoid of details. He spoke of optimism, of hope, of “conquering the ills of the past and building a society that does not quite yet exist yet”.

“Some people will have you believe that your actions don’t mean anything,” he warned, “because the odds are too insurmountable or the stakes are too high. And this is a fiction. This is worse than a fiction: it’s a lie.”

Yet was there another set of fictions at play as we sat and tripped out to his feel-good advice? Here was a foreign man dressed in a traditional African garment, telling us what we wanted to hear about the continent. A uniquely talented rapper, a poet even, but not a prophet, and certainly not an expert on cultural economies in Africa. A man with two names, a pilgrim in search of ancient roots in a new city, willing us to welcome him while we clustered beneath his pedestal, wishing his words to be true.

And just for a second, it sounded like he was talking to himself.

“Welcome to Africa, my brother,” an Angolan emcee said during the question-and-answer session that followed. “It’s good to have you home.”

Mos Def, or Yaasin Bey, who had been inscrutable for so much of his talk, seemed to shiver ever so slightly as the words sank in.

Made in Africa: how much do we value this label in fashion?