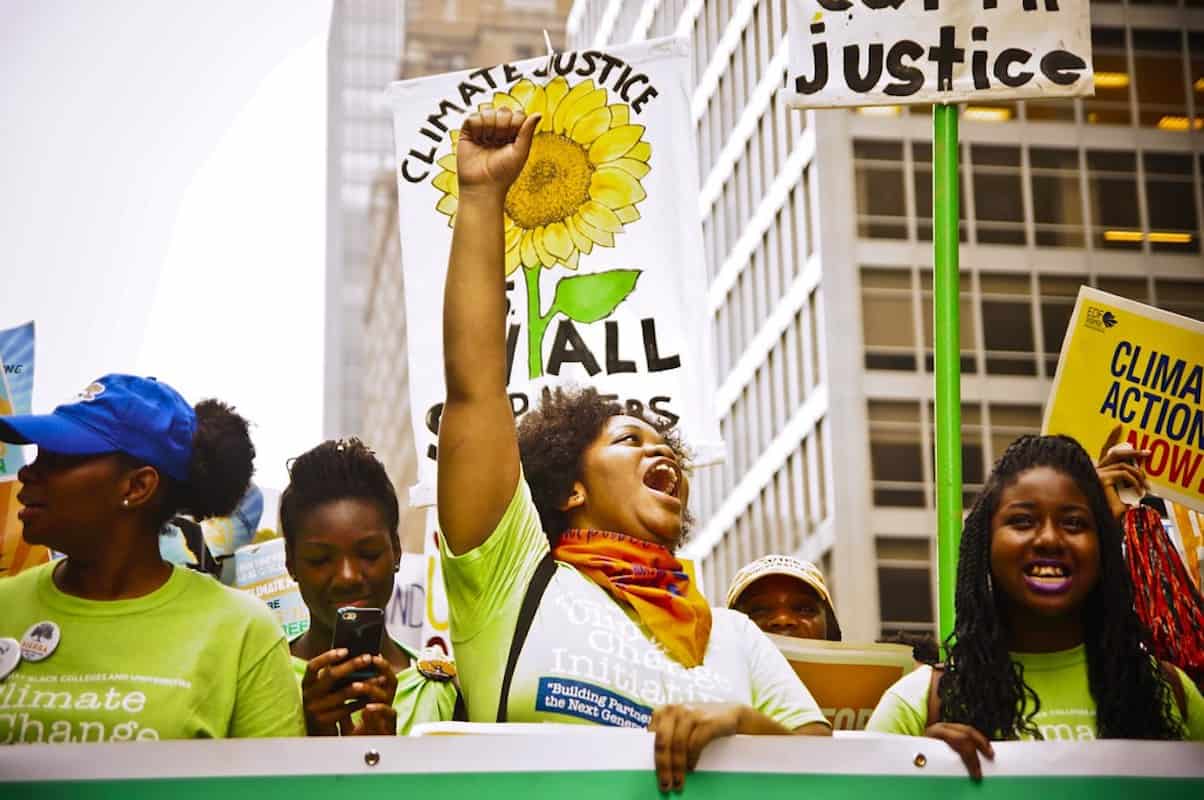 Eco-existence campaigners, however, want enforceable guarantees to prevent non-payment and complex eligibility procedures that have undermined previous facilities like the Green Climate Fund. Passed in 2009, the predecessor fund has only cashed $20 billion out of $100 billion.

As part of COP27 Coalition, a Pan-African civic umbrella, Africans Rising for Unity, Justice, Peace and Dignity, campaigned for people power in ecological decision-making at COP. The group has applauded the efforts of civil society actors and stakeholders had consistently campaigned for the fund.

“For decades, rich and powerful countries who are the largest polluters had avoided calls to help the developing countries recover from the climate crisis for the fear that this move would open them to unlimited liability,” Africans Rising in a statement.

“The fight for a #LossAndDamage fund has been a long one to which civil society, movements and activists have devoted significant energy and resources to ensure that those who pollute the environment pay. After several postponements and push-backs, the decision was finally made to establish such a fund,” added the Pan-African collective.

Africans Rising interim coordinator Hardi Yakubu welcomed a deal that will respond to climate-related loss and damage around food security, health, water, livelihoods and biodiversity and other vulnerable areas. “We must continue to work together for the systemic changes needed”, said Yakubu.

Vigilance needed for fund to deliver

Negotiations were intensely contested, and the emergence of the fund as the main takeaway from COP27 has been criticised by some leaders who wanted the phasedown on fossil fuels to take centre stage.

The agreement recognises the need to tap into different sources such as global financial institutions and previous climate funds for the damage and loss fund. UN Secretary-General Antonio Guterres who noted, “This COP has taken an important step towards justice,” after the agreement was reached on Sunday has proposed a windfall profit tax on fossil fuel companies to raise funding.

Modalities are, however, yet to be drawn on who will pay into the fund, what sources the money will be drawn from and which countries will benefit. Forthcoming COPs will refine the arrangements but there is concerned that, for the most vulnerable, time is always already lost.

All for Climate Action founder and COP27 attendee Natalie Gwatirisa said a loss and damage fund accounts for the fact that climate  change is already happening, while those most affected by it have limited resources and limited capacity to mitigate its devastating results.

“Africa is contributing only four percent of the global emissions and yet they are most vulnerable to climate change,” Gwatirisa told This Is Africa. “With loss and damage now, we are talking about the negative impact of climate change that cannot be avoided by mitigation or adaptation.”

The UN Environment Programme (UNEP)’s Adaptation Gap Report (2022) puts the cost of climate adaptation for developing countries, including building sea walls, social protection, and creation of drought-resistant seed varieties between $160-US$340 billion every year by 2030. The number is expected to rise to $565 billion by 2050 if global warming increases.

“One of the successes of Cop27 was the establishment of this fund but already there was the question of a pending $100 billion Green Climate Fund that was supposed to be paid every year,” said Gwatirisa. “From 2009 to date, about $20 billion has been accounted for. This brings up the need for definite guarantees as we open another facility.”

The All for Climate Action founder witnessed contests around the language of the loss and damage deal at COP27, with developed countries wanting to come in as voluntary philanthropists rather than committing to compensation as responsible actors.

“It’s interesting to highlight a language controversy from the negotiations. Words like ‘compensation’ and ‘reparations’ were resisted by most developed countries who said such terminology carries the weight of legal processes,” Gwatirisa told this publication.

“What they wanted was for Africans and developing countries to say, ‘We need your help,’ but I don’t think this is something affected countries can buy because we cannot beg for something that the developed countries are supposed to do. It’s a must. They have to pay for the reparations,” she said, also referencing colonisation, where these countries developed their countries by extracting and exploiting resources from Africa.

Climate journalist Jeff Gogo said countries who developed out of fossil fuels and contributed the bulk of global emissions must not be allowed to abdicate responsibility. “Developed countries want everyone to pay for climate change just as they argue that Africa also participated in the slave trade,” said Gogo.

“If you look at the Green Climate Fund, the process for countries to get that money is so rigorous, they are very tough. They designed it in such a way to limit the funds channeled towards climate change,” he argued.

Climate justice activists caution against the fund coming in the form of loans. “Already, there have been quite a lot of loans that have been issued out to developing countries but this is a trap that affects the development of the country and comes down to an individual person like me. The facility we need is not loans but grants,” Gwatirisa emphasised.

The final agreement of COP27 was deliberated by delegates from almost 200 countries. It stresses the “the urgent need for deep, rapid and sustained reductions in global greenhouse gas emissions” to limit global warming to 1.5°C above pre-industrial levels. “Yet there were concerns that no real progress was made on raising ambition or cutting fossil fuel emissions since COP26. That was considered bad news for a rapidly warming world,” said a UNEP report.

While lauding the historic loss and damage fund as a basis for incremental climate justice, Gogo cautioned that inward-looking politics could jeopardise the progress of recent years.

“Governments are belt-tightening for recession and there is a threat coming from countries that have been affected by the war in Ukraine. Germany recently said it will reopen its coal power plant because it is not getting enough oil from Russia,” noted Gogo.

“There is a lot of politicking and backtracking in terms of past promises and past commitments to keeping temperatures from rising above 1.5 degrees,” he lamented.

Perhaps a world that has not committed to co-existence while fail on eco-existence. In the meantime, definite guarantees are needed to make good on a historic win.

Related Topics:Climate change
Up Next

​​Is Russia really the reason why Mali continues to push France away?