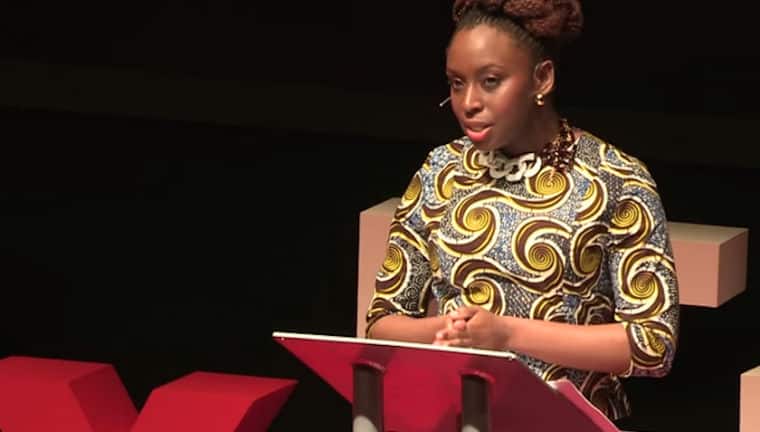 Communities are beginning to sprout online that are drawing us together, allowing us to have a host of conversations. One needs to only look at how the hashtag #SomeoneTellCNN was trending in Kenya this August, as Kenyans on Twitter (#KOT) ridiculed CNN’s coverage of Kenya ahead of President Obama’s historic visit to his fatherland.

We have come together as a continent with hashtags such as #IfAfricaWasABar, which allowed for a different take on the African continent and its varying identities in a fun and inclusive manner, and there was the contentious #SomeOneTellNigeria and #SomeoneTellSouthAfrica that had countries going to #Twar to protect their sovereignty and national identity.

Looking at these trends from a feminist perspective, one observes that while the trending topics are useful in challenging dominant narratives on Africa or individual states (such as such as #SomeonetellCNN), most of these trends remain largely androcentric and masculinist. Online campaigns have been important, as the Kenyan case articulated, but they seem to embody the patriarchal image created where strong men are called out to protect their country. In the social media age, protection of ‘weak mother Africa’ or ‘mother Kenya, mother Nigeria or mother Sierra Leone’ is now done via twitter wars against other outside individuals, institutions or countries.

It is against this background that the trending hashtag #FeministWhileAfrican becomes interesting, as African women reclaimed the twitter space in August to talk about what it is like to be a feminist and an African – a position often considered a contradiction. The hashtag originated on The Wide Margin, an African feminist thought journal launched online to celebrate their inaugural print issue under the same name. “It was birthed as the contributors and editors wanted to discuss what it might mean to be, or what we aspire to be, when we (Africans) call ourselves feminists” said founder Varyanne Sika.

The response from African feminists was overwhelming: 1,943,400 impressions were created, nearly 1000 posts, a reach of 971, 964, and over 300 twitter users meant that #FeministWhileAfrican was trending in several countries such as Kenya and South Africa. Women tweeted on everything from sex and sexuality, to tradition to engagement with family, to the daily conversations and confrontations they faced. Tweets tackled a whole host of issues.

Yeah!!! Looking forward to having you at #SexingWhilstFeminist discussion https://t.co/V03fSXjnXH

Only 1% of land titles in Kenya are held by women, yet 89 percent of farming labour is provided by women. Why I'm #FeministWhileAfrican

"@ComfortMussa: #feministwhileafrican is being told your place is in Europe not here cos feminism isnt African"

Face you make when men tell you about tradition whilst they wear a three piece European suit #FeministWhileAfrican pic.twitter.com/o4WbTIa4ei

When someone is using the 'I am a
feminist who empowers African women' as
a career move.#FeministWhileAfricanpic.twitter.com/sXDVnCIF5g

#FeministWhileAfrican means responding to dumb qs like ..' Ha ! so women now want to start sleeping infront in bed and we sleep behind?'

#FeministWhileAfrican is having to constantly explain why you are a feminist. Umm "Why aren't you? Don't you want world peace?"

The struggle to create offline feminism that doesn't fight for just cissexual and straight women. #FeministWhileAfrican

Unlearning childhood truths & myths that hurt us. Shrinking that #patriarchy handmaid in me every day as I grow #feministWhileAfrican

#feministwhileafrican "Feminism is un-African! It says so in the Bible" – said with neither a jot nor a tittle of irony.

That's your problem right thurrr. You talk too much. Now you have a kid AND that big mouth. #feministwhileafrican https://t.co/2GEIu98FSH

#FeministWhileAfrican The struggle to keep your cool when being trolled pic.twitter.com/CSQRrLADZH

I am cognizant that women with access to twitter and with time for social media are still the privileged few, but despite this I argue there is a need to celebrate and situate the discussions that ensued from this hashtag as a critical moment in the developments towards African feminist thought. In their introductory tweet, The Wide Margin argues that a particular African feminist thought, based on those who live in Africa, exists. As one-sided, simplistic narratives on Africa informed by Africa Rising show and resulting Afro-optimism debates, it is possible to see why the originators of this hashtag say, “We want to situate ourselves as feminists living in Africa.”

This analysis is not exhaustive. It is just the beginning of what could be larger documentation into African women’s feminist thought by the author. However, despite its infancy, this analysis shows that African women’s feminist debates exist and online spaces are providing an opportunity for African women to claim and articulate their experiences as feminists/womanists on the continent. The African feminists’ ability to maneuver and dominate the online sphere is commendable and it should be celebrated.

Njoki Wamai is an alumnus of the Africa Leadership Centre (ALC) and a Gates Cambridge Scholar studying a Politics Phd at the University of Cambridge. Tiffany Kagure also contributed to the twitter statistics in this article. She is curator of HOLAAfrica, a writer on sex, sexuality and politics and a thinker of thoughts.