“Pink tax”: The reality of being an African female consumer
Advertisement 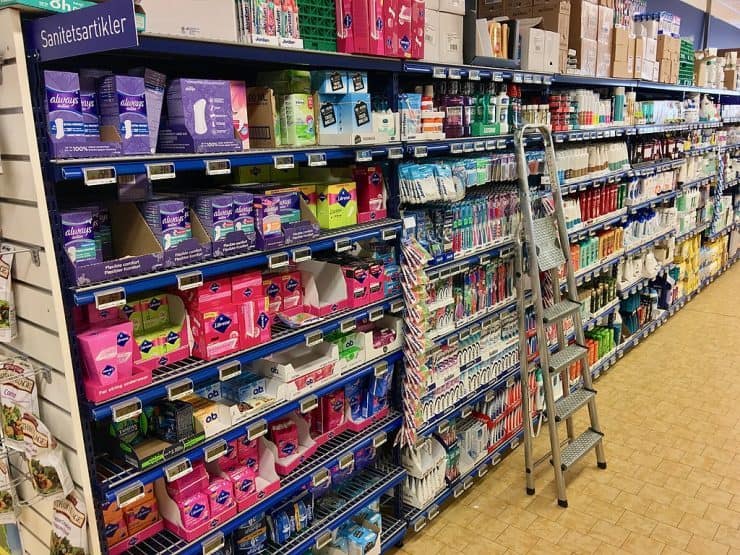 Last month delivered a harsh wake-up call for countless female consumers in Kenya and beyond. For many women, Always sanitary pads have been a staple since their first period. The brand has been advertised and touted for decades as not only the best product but, in many cases, the “only” product for women and girls. Why do I say “only”? Because it has had massive success penetrating even the most rural areas where cotton wool was and still is the main option. Because their marketing people would travel to primary schools and run activations, basically indoctrinating girls at an early age. Because despite their being other options, they convinced mothers everywhere to trust them with their daughters’ sanitary health and menstrual experience.

Proctor and Gamble (P&G) has run fun, catchy and often emotive campaigns that were more reflective of the struggles that girls face than any other brand. However, this year, through the hashtag #MyAlwaysExperience, women finally laid themselves bare and pierced the veil of silence that has given the Always brand its massive monopoly, this despite exposing women to a myriad of sanitary health issues.

A call went out on social media for women to share their Always experience. As the hashtag gained traction it became clear that many women had been suffering in silence, enduring burns, rashes, friction wounds, itchiness, bad odours and undue discomfort. This appears to be mainly owing to the product’s plastic overlay, scent and general quality. In fact, as the hashtag persisted, women began to compare the products available on the continent with those available in the West, particularly the UK and US. Not only were the latter pads found to be of better quality but they were also cheaper!

Women began to compare the products available on the continent with those in the West, particularly the UK and US.

It is no secret that there is what one could term “an African standard”. Many multi-nationals use the continent as a dumping ground for substandard products that would not be approved for distribution anywhere else. There have been numerous documented cases of this practice. So how is the Always case different?

The Star newspaper gave a succinct admonishment on the issue, saying, “Vitriolic denouncements of Africans as incorrigibly inferior continues to persist in the sanctioning of exploitation.

“This racist hyperbole has led to the impoverishment of Third World countries by corporations in a hurtle to increase capital, raising serious ethical implications. How else can one rationalise the sale of low quality, poisonous, substandard products to a particular race? There is enough research showing that Western-based pharmaceutical companies use Third World countries as off-shore production and distribution sites.”

Follow this thread to view some of the experiences (with demonstrations and pictures, because women are nothing if not thorough):

We will not acknowledge your experiences or outrage, but here, buy our products

Any brand in any other market would scramble to fix the issue and assure their consumers of a better outcome moving forward. They would register the changes they need to make and publicise how they were working tirelessly towards a better, safer product. Not P&G, and not for the female African consumer.

When women went public, saying they needed a pad that was tailored to tropical conditions and is breathable, absorbent, unscented and functional (in that it sticks properly to underwear), P&G response was basically that these shared experiences were unique and that there was nothing wrong with their product. Shortly after #MyAlwaysExperience, P&G went on to conduct a tone-deaf campaign for their new product, using the unfathomable hashtag #FeeltheComfort.

The campaign was tasteless and the influencers were blatantly fed a script to address the ensuing barrage of “What are you doing, sis?” It is safe to say that many of the so-called “influencers” no longer enjoy the trust of the public.

The campaign was tasteless and the influencers were blatantly fed a script.

It is WRONG to use bloggers #FeelTheComfortAlways to sanitize cruelty. Women deserve better @KEBS_ke please read #MyAlwaysExperince and #MyAlwaysExperience and see the pain on the Kenyan lady. It is horror!!! https://t.co/pfJHZAJfBD

We will not be silenced

And then the mighty multi-national stepped down from its lofty perch to try and enter into a dialogue with some of the more significant voices of the #MyAlwaysExperience.

In an attempt to manage the PR nightmare, they tried to placate them, to which the reply was:

I've been invited as one of several stakeholders to a meeting now with P&G re. Always pads problems in the Kenyan market, ably illustrated by Kenyans, mostly women, our African sisters and many more on the hashtag #MyAlwaysExperience. I am publishing my submission publicly here. pic.twitter.com/YF8BiQbOUE

What can we take away from all this? Mostly that we as African female consumers deserve better! For those of us who were lucky enough to liberate ourselves from the discomfort of the brand when we eventually got the agency to buy our own sanitary products, it is up to us to direct other women to better products. For those who are only now exploring new alternatives, keep sharing your experience with the women around you so others may benefit from your exploration.

For mothers, aunties, sisters and women who have younger women and girls around you or in your care, take a moment to talk with them about their menstrual experiences, then reach into your wallet and do better for them in the way that no one knew to do better for you. If you can reach a little deeper, do so, so that they can share their experience of a quality product with their friends or other younger women and girls.

For educators and aid workers, push your institutions in a different direction, for the sake of the young women and girls who are benefitting from free sanitary pad initiatives.

We all deserve a comfortable, hygienic, stress free and supported menstrual experience. Find the brands that will give this to you, then share your knowledge and resources with other women so they too can have better.

As in, Kotex took feedback from women, designed and are now releasing a sanitary towel with the feedback specifications.
At a time when their competitors are flying influencers on mini vacays and handing out scripted responses to discredit feedback.
Chale!!