Fighting violence against women and patriarchy: Leave no one behind
Advertisement 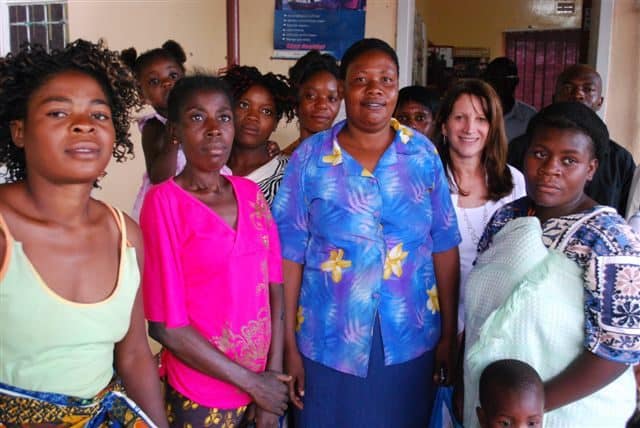 The 16 Days of Activism against Gender-Based Violence Campaign is a time to galvanize action to end violence against women and girls around the world. This year the theme is ‘Leave no one behind’. This theme for me not only needs to mean the abused but the abusers who need to be tagged along in the fights against this societal ill.

The UN Secretary General’s report on progress towards the Sustainable Development Goals says violence against women is the most extreme form of discrimination. On the basis of data from 2005 to 2016 for 87 countries, 19 per cent of women between 15 and 49 years of age said they had experienced physical and/or sexual violence by an intimate partner in the 12 months prior to the survey. Sadly, most women seem unable to disentangle themselves from abusive partners mainly because the violence goes deeper than the physical to emotional and psychological.

In the most extreme cases, such violence can lead to death. The UN reports that in 2012, almost half of all women who were victims of intentional homicide worldwide were killed by an intimate partner or family member, compared to 6 per cent of male victims. In Zimbabwe and across the African continent we hear of how some women have been murdered by their lovers and/or husbands with celebrities not spared.

Violence against women and girls is still a global pandemic Cartoon: Damien Glez

Cultural beliefs seem to play a big role in ensuring women stay in abusive relationships. Apart from the dominance of patriarchy as a system, which treats women as second class citizens, there’s the issue of how divorce is seen as a failure by a woman. A divorced man does not get half the scorn directed at a woman who leaves a marriage. Even worse is the fact that women are encouraged by other women to stay in abusive relationships because “that is the nature of marriages”. Some of these women end up getting murdered, unfortunately.

The Daily Kos appropriately captures this system “patriarchy is generally not an explicit ongoing effort by men to dominate women. It is a long-standing system that we are born into and participate in, mostly unconsciously.” In a domestic dispute therefore which may involve violence, female members of the family are most likely to condone and justify the violent behaviour.

While other cases of extreme violence such as female genital mutilation/cutting have declined. The practice has declined by 24 per cent since around 2000. However, the prevalence remains high in some of the 30 countries with representative data.

UN Women hold an information booth to raise awareness on the UNiTE campaign as part of 16 Days of Activism.
Photo:UN Women/Marni Gilbert

Read: International Day for the elimination of violence against women: “Orange the world”

In his message UN Secretary-General António Guterres said every woman and every girl has the right to a life free of violence.

“…yet this rupture of human rights occurs in a variety of ways in every community, particularly affecting those who are most marginalized and vulnerable. Around the world, more than 1 in 3 women have experienced physical and/or sexual violence in their lives; 750 million women were married before age 18, and more than 250 million have undergone Female Genital Mutilation,” Guterres said.

Sadly only just over half of women between the ages of 15 and 49 who are married or in a relationship make their own decisions about consensual sexual relations and use of contraceptives and health services. That statistic is based on available data from around 2012 for 45 countries, 43 of which are in developing regions.

The above statistic is not a surprise particularly to women domiciled in developing countries in Africa. Many marriages particularly on the African continent are not only plagued by abuse from partners but the women in the form of in-laws reinforce abusive patriarchal interests. Some women have narrated how their mother in laws or aunts have demanded that they bear more children to show their worth to the family.

The UN posits that achieving gender equality and the empowerment of women and girls will require more vigorous efforts. The efforts  include legal frameworks, to counter deeply rooted gender-based discrimination that often results from patriarchal attitudes and related social norms. While women are largely at the receiving end of violence, there is a huge gap in ensuring that they do not support perpetrators of violence or encourage violence against women particularly at community level.

It is important that during this time, educating communities is as inclusive as possible to allow for change of mind-sets in both men and women about abuse and its effects on society.

These words from the UN’s Guterres are therefore useful in concluding this piece: ‘’It’s time for united action from all of us, so that women and girls around the world can live free from harassment, harmful practices, and all other forms of violence,’’ he says.

Related Topics:FeminismGender-based violence
Up Next