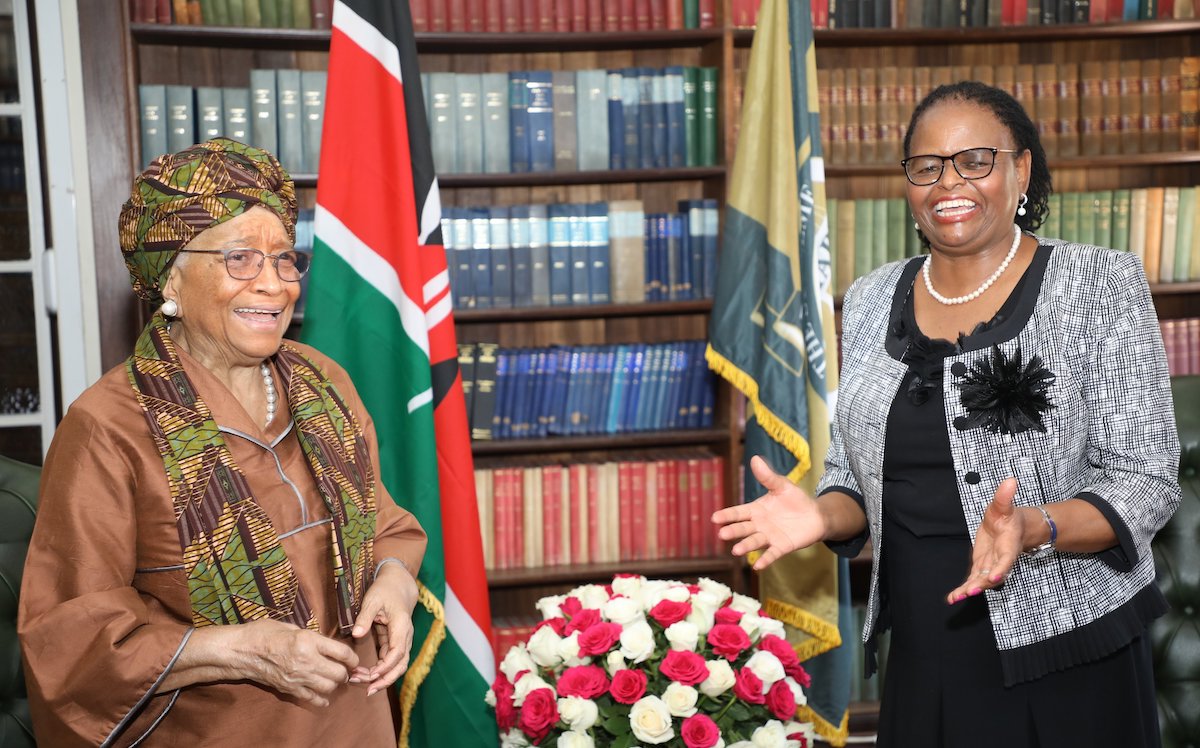 The right to a fair trial is a fundamental human right, enshrined in most modern constitutions and recognised under regional and international law. In Sexual and gender-based violence (SGBV), the elements that form a fair trial must safeguard the defendant as well as the victim and witnesses. The presumption of innocence that gives defendants the right to examine evidence and challenge witnesses has been recognised as a traumatic experience for victims of SGBV. This and challenges such as higher standards of proof (evidence) compared with other offences, exceptionally high standards of proving guilt (case-building) are put on the victims themselves i.e. the search for justice is almost entirely victim-driven.

In Kenya, the progress towards trials that equally safeguard victims has been difficult. For example, forensic testing that provides conclusive evidence, thus preventing or limiting victim exposure to harmful judicial practices became an impossibility when funds to build these labs were misappropriated. There are also time limitations in which a case is judged unfavourably if a victim takes time to report the offence, giving zero leeway for the stigma and prejudice and fallout of assault. Judges can also have a victim bias where they view the victim as they are in the present day (dressed for court and attempting composure) and imagine the grievance is not as serious as presented or have outright hostility towards certain persons such as lesbian, gay, bisexual, transgender and intersex (LGBTI) persons. In fact, queer women are more likely to experience sexual assault from police, law officers, and holding facilities.

Although most victims of SGBV could be labelled vulnerable, this term is used for children and underage girls. In Kenya vulnerable groups are provided under certain measures: provision of a witness protection box, allowing evidence to be given via an intermediary, prohibiting publication of the victim’s identity, counselling throughout the trial, and alternative accommodation until the case is resolved, in cases where the child has been assaulted by someone that they live with. All these provisions are however rarely implemented due to insufficient resources and negative attitudes towards SGBV victims.

The importance of SGBV courts

Given the circumstances surrounding SGBV proceedings, there are major gaps that favour perpetrators. Women justices have for years spoken out on society’s deplorable tolerance of SGBV and the mismanagement of the numerous cases that arise because of it.

A combination of medical, prosecution, and judicial services and the alignment of stakeholders would successfully solve the barriers to justice for survivors.

In a “State Obligation to Survivors: Gender-based Violence Moot Court” held in 2019 this was discussed at length. “Prosecution is a response to the problem and not just the solution, there is need for a change of attitude and behaviour of the society towards women and girls, and this calls for a multi-stakeholder approach.” Hon. Lady Justice Hanna Okwengu– President of the International Association of Women Judges (IAWJ) Kenya Chapter. “We as a court need to explore the possibility of having special courts, either on a full-time or part-time basis to give the case’s priority and to fast track the cases that are already too many.”

When Kenya got its first Lady Chief Justice, she was not only liberal and progressive but an avid human rights defender who did not shy away from gender politics, defence of vulnerable groups, and a gender forward stance on the patriarchy. Lady Justice Martha Karambu Koome has been very vocal about these issues and the necessity of their improvement.

She has gone on to facilitate, along with the International Association of Women Judges Kenya Chapter (IAWJ-KE), the launch of the country’s first specialised SGBV Court at Shanzu Law Courts in Mombasa.

Like other SGBV courts around the continent, this court will adopt a ‘survivor-centred’ approach and have specially trained prosecutors and support staff, “The SGBV Court is a reinforcing prompt of the urgency to align the Criminal Justice System towards a coordinated structure that preserves the dignity of victims and enhances fair trial within the tenets of the Constitution,” said Koome.

The launch is pivotal at the moment considering the drastic spike in GBV cases during the pandemic. The National Crime Research Centre (NCRC) reported that the total number of GBV cases increased by 87.7 percent just in the first 3-months (April–June 2020) of Covid-19.

It also comes shortly after a viral video in which a woman was sexually and physically assaulted by a mob of Boda Boda (commercial motorcycles) operators. Since then sixteen suspects have been arrested and five motorcycles impounded in connection with the assault.