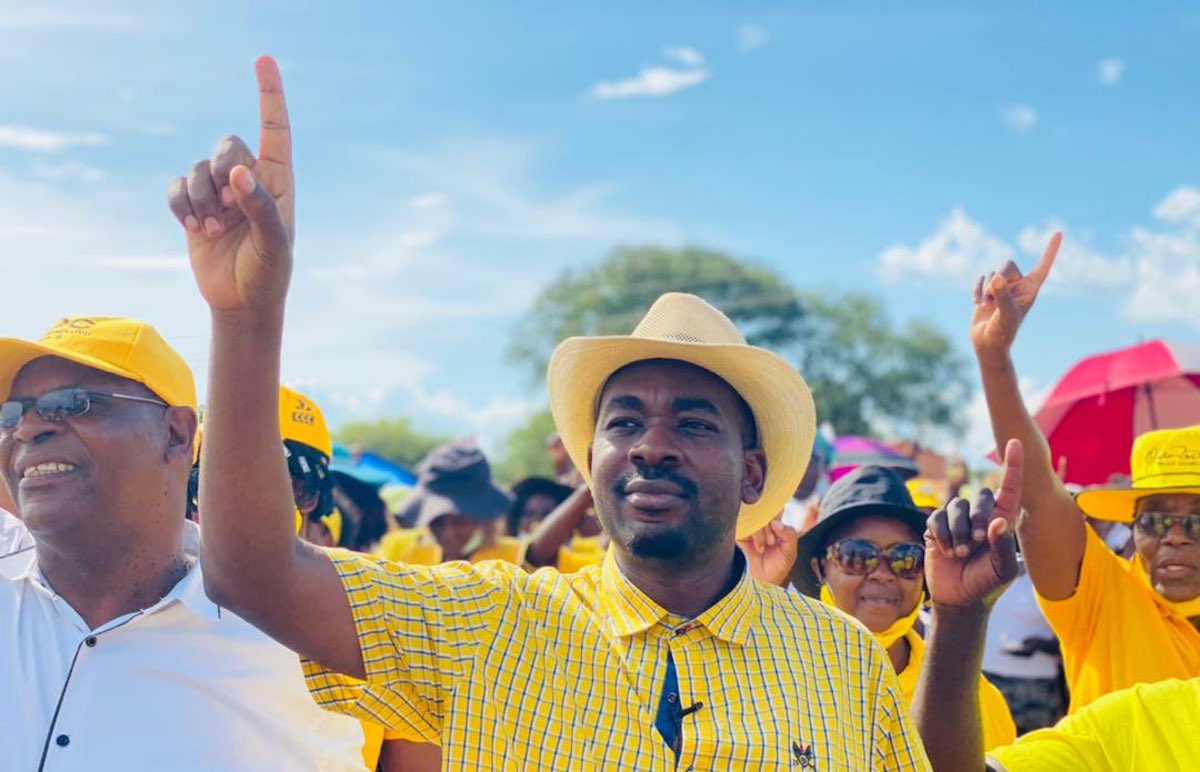 “Fuck the dead,” Dambudzo Marechera heckles Ama Ata Aidoo. The occasion is a minute of silence for socialist hero and regional liberator Samora Machel. As usual, organisers of the Harare talk drag Marechera out of the room, the way Bantu patriarchs drag the babbler from their fireside and make him skin a goat. The stakes in Marechera’s provocation are the sacred claims politics and culture. Already in his Zimbabwe, national culture means “a lot of fat women dressed in the Leader’s colours and a crowd of half-naked traditional dangers leaping in clouds of dust.” His gesture is about desacralising and depoliticising culture.

Marechera’s whole life is about skinning goats, so he begins his career with a whole story about killing a goat. He has been, after all, “cast out of village, town and country. Cast out of womb, home, family.” And so “fed on his discontent” and “on his hatred of all things.” He lives all his life with one foot in the eviction truck: driven out of the council house while his father’s body lies in state, sent to the edge by avenging spirits, alienated from his mother tongue by its Rhodesian malware, thrown out of college twice, detained four times, blackballed out of two jobs by Mugabe’s men-in-black, banned twice, spiked often, never fully accepted. Any sense of belonging must be undermined as artificial. A compulsive, self-sabotaging pattern comes into play. Marechera has to get himself thrown out everywhere he goes, even where he happens to be the bright star of the occasion.

Where Marechera slurs and swears, Chamisa is a Bible-thumping sweet-talker… Marechera and Chamisa are no fans of their country’s institutionalised syncretism, much less, fans of Zanu PF-commandeered nationalist iconography

Man of church, child of a regular family, four-time graduate and, by some distance, the most popular politician of his generation, Zimbabwean opposition, Citizens Coalition for Change, leader Nelson Chamisa has smoother beginnings than Marechera. Where Marechera slurs and swears, Chamisa is a Bible-thumping sweet-talker. Unresolvedly  possessed by the love of Jesus and the Jesus complex, Chamisa embodies, to a photo finish, what Marechera hates in slogans. And yet, the two men are closely related in their alienation. In 2022, Chamisa is both Zimbabwe’s most famous castaway and iconoclast. Marechera and Chamisa are no fans of their country’s institutionalised syncretism, much less, fans of Zanu PF-commandeered nationalist iconography.

For happy Sabbath, Chamisa recently tweeted a Bible quotation, “When men tell you to consult spirits of the dead and the spiritists who whisper and mutter, shouldn’t a people consult their God instead” (Isaiah 8: 19-20).  A trained pastor with Living Waters Theological Seminary, the official college for Zimbabwe’s oldest Pentecostal church, Chamisa positions himself in red-lettered scripture. In a 2019 engagement to with an MDC-Alliance (his party then) supporter, Chamisa said, “That Zimbabwean bird symbol is part of the problem. We must deal with institutional idolatry.” He also questioned Mnangagwa’s spending priorities, when government was said to be spending more than $100 000 on a Nehanda statue in 2020.

Chamisa’s somewhat clear position has attracted different criticisms. Some of his Zwitterati debaters feel that his beef with indigenous religious icons betrays an intolerant streak unbecoming in a presidential hopeful, while his defenders point out that in the sphere of faith, everyone is entitled to their personal views. Secular critics question Chamisa’s mixing of religion and politics, opposing his spirituality to reality, while political opponents take exception to his messianic self-concept.

The spirits of Tsvangirai and Nehanda

The context of Chamisa’s Isaiah 8: 19-20 citation is largely ignored by his interlocutors. Chamisa is testing the place of spiritual memory in Zimbabwean politics. When a symbolically dispossessed opposition leader talks about spirits of the dead, can anyone be nearer to his message than the mother of Zimbabwe, Nehanda Nyakasikana, and the father of contemporary opposition politics, Morgan Tsvangirai? Traditionally denied a share in Nehanda’s legacy by Zanu PF, Chamisa unexpectedly found himself denied a share in Tsvangirai’s legacy when MDC split twice under his watch.

The dead belong in Zanu PF’s ideological chest. Many elections have indeed been spiritual blackmail to the effect that voting the opposition is betraying the dead heroes. But this is to understate matters. The Zimbabwean flag itself gets to be confused with Zanu PF, the way extreme alienation gets confused with self-hate.

As far as the memory of the dead is concerned, opposition parties can make do with Moise Chombe, Jonas Savimbi, Afonso Dhlakama and other reactionary associations. Tsvangirai was represented this way by Zanu PF and state media throughout his career and only rehabilitated as his health deteriorated. The honour of fallen enemies is as old as love and war. Fights over pariah-patriarch Robert Mugabe’s body have continued long after his burial.

When Tsvangirai died, Chamisa’s colleagues beat him to spiritual claims over his legacy, control of party symbols, the backing of dead leader’s family and sites of struggle nostalgia like Harvest House. Chamisa woke up one day found that he was a man without totems. His spiritual banishment was sealed by the graveside prayer of Thokozani Khupe, the newly legitimised MDC-T leader at the time. In the company of Gogo Tsvangirai, Douglas Mwonzora and Morgen Komichi, Khupe told Tsvangirai, “Continue in your spirit and make sure that Zimbabwean people get a better life,” and apologised to him for Chamisa’s violent youths.

“We ask you to open the way for us to win all the cases we are fighting. See to your party’s progress and see that we never forget the Mother (Gogo Tsvangirai) here. We will take care of Grandmother and carry on with the whole family to the end,” Khupe said to ululation. Again, this is nothing new, from rival Zanu PF factions’ fight over Mugabe’s posthumous blessing, to classic moments like Simon Muzenda’s “Nehanda Nyakasikana” poem.

Banished from his party’s spiritual economy, Chamisa turned to prayer selfies with his dictionary lawyer, Thabani Mpofu, and his deputy president, Tendai Biti. The transformation sat well on the trio. Although Biti can out-swear a battle rapper any day, he is also the kufi-wearing elder otherwise known as Baba Abrama, while Chamisa’s charisma easily code-switches between church and politics.

A fatty-booty Nehanda is no good

President Mnangagwa approaches spiritual memory with discernment. When Nehanda artist David Mutasa came up with a young, sexually pronounced impression of the national matriarch, Mnangagwa “immediately reacted” and decommissioned the statue. The final piece on the intersection of Julius Nyerere Way and Samora Machel Avenue in central Harare is a battle-stressed old woman in chains.

Connoisseurs at museums and monuments had wanted the Nehanda statue to “communicate vigour, permanence, youthfulness of the spirit which Nehanda incarnates or personifies so they then suggested that Nehanda be made a lot younger to suggest that buoyancy which they wanted to communicate to the onlooker,” explained presidential spokesperson George Charamba.

“The President didn’t agree and as it turns out that youthful face of Nehanda will be put away and we’ll have a Nehanda who is closer to how the good lady looked in real life which means a lot more wrinkled and well past middle age but of course showing the strains and stresses of captivity.”

What is being communicated in this reversal? A young and wild Nehanda is no good as the totem of the nation. The only good Nehanda is the one who shows “the strains and stresses of captivity.” One needs to add nothing here.

President Mnangagwa, who has been dubiously called Nehanda by his comrades, narrates intimately about how Nehanda used to drink water from the spring at the intersection of Samora Machel Avenue and Julius Nyerere Way. The matriarch may have been younger, in real life than she looks in her only known photos, when she went toe to toe with Rhodesian forces. But nationalist imagery must be fixed in place to protect young people from the wrong ideas. Captivity, yes; youth and rebellion, hmmm.

Forty-two years into independence, the Zanu-PF central committee still unilaterally names national heroes. In a progressive break with Mugabe, Mnangagwa has accorded the hero status to non-state actors. Still at issue in this spiritual economy is not so much who is named a hero but who names the hero.

When political decisions are made, numbers are an understandable consideration. Cde Saul Musaka sang noticeably fewer liberation songs than Zexie Manatsa but, long retired and less active in the popular imagination, the elder protest musician is passed over.

Now you see, when politicians talk about culture, I think one had better pack one’s rucksack and run, because it means the beginning of unofficial censorship

For Marechera, even this cultural extension of the national shrine, gets to be looked at with suspicion. “Now you see, when politicians talk about culture, I think one had better pack one’s rucksack and run, because it means the beginning of unofficial censorship,” says Marechera.

Cultural nationalism means “the products of your own mind are now being segregated into official and unofficial categories, and that only the officially admired works must be seen. All the other work we must hide, or tear up.” Immense cultural nationalists, not least Cde Chinx, have been segregated in the final analysis. Thomas Mapfumo, Chenjerai Hove and others have to live out of the suitcase because they no longer fit the national canon.

The man without national totems

Social thinkers have long been interested in Christianity as an agent of disenchantment, that is, an epistemic eraser on indigenous belief. For Slavoj Zizek, any return to origins after Christianity in a nostalgic fake. My next feature will show that this is a doubtful wager in Zimbabwe.

After a spiritual dispossession that has a strong government hand in it, Nelson Chamisa is sizing up nationalist iconography. So far his youthful vigour and promise have pulled him through. The timing of his Bible tweet, just days after beating Mnangagwa, Khupe and Mwonzora’s parties at the by-elections provides a context.

The Zimbabwe bird becomes an undiscerning target for a politician who is indeed alienated by his country’s “institutional idolatry.” In a follow-up feature, we will interrogate Chamisa’s wager and just how deep Zimbabwe’s patriotic syncretism runs.

Xenophobia is on the rise in South Africa: scholars weigh in on the migrant question