How bad was Gaddafi?
Advertisement 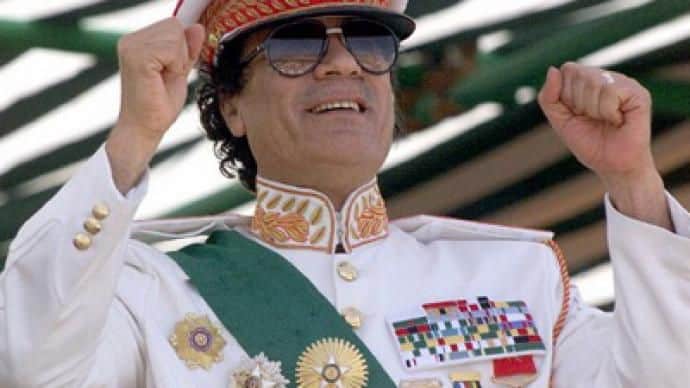 This is one of those cases where the Western view is slightly at odds with the African view, and I write this aware of the dangers of making sweeping generalisations. It’s hard to believe now, but Libya in the 1950s and early 60s was pro-Western, and the Western media absolutely loved it. Then Gaddafi seized power in 1969, shut the American and British bases and partly nationalised the foreign oil and commercial interests.

The city of Misrata during a struggle against Gaddafi forces (source: Chris Hondros/Getty)

He then made a point of praising and supporting anyone the Americans and Brits didn’t approve of: the Japanese Red army, the IRA, Palestinian groups, Idi Amin, the Soviet Union, and so on. American and British media reacted by demonising and ridiculing Gaddafi every chance it got, and helped people in the West form their opinions of him as this camel-riding lunatic in the desert.

The United States of Africa
But, while Gaddafi was ruling Libya with an iron fist, eliminating all political opposition and restricting the lives of Libyans, he was also doing more for the country than many African leaders (democratically-elected or otherwise) ever did for theirs. Sure, we in Africa know, too, that it’s time for the dude to go — even while dreaming of a United States of Africa he was quite divisive in his relations with the rest of the continent, and from time to time he expelled black Africans en masse from Libya and encouraged xenophobia against them — but we’re also very aware that the average Libyan has had it better than the average citizens of most other African countries due to his leadership.

He always supported SWAPO in Namibia and the ANC in the dark days of South Africa [Mandela visited Libya to thank him almost as soon as he came out of prison]. And, it has to be said, you will not be hated in Africa if, as a leader, you have the guts to say up yours to America, the UK or France, and that’s what Gaddafi did for 4 decades. For these reasons the feelings of many of us towards him are nowhere near as strong as those people in the West have been encouraged to develop by their media.

Here’s the BBC on what he also did:

During Muammar Gaddafi’s 42-year rule, Libya has made great strides socially and economically thanks to its vast oil income, but tribes and clans continue to be part of the demographic landscape.

Women in Libya are free to work and to dress as they like, subject to family constraints. Life expectancy is in the seventies. And per capita income – while not as high as could be expected given Libya’s oil wealth and relatively small population of 6.5m – is estimated at $12,000 (£9,000), according to the World Bank.

Illiteracy has been almost wiped out, as has homelessness – a chronic problem in the pre-Gaddafi era, where corrugated iron shacks dotted many urban centres around the country. – Libya crisis: what role do tribal loyalties play? BBC Monitoring, 21st February, 2011

Compare Libya’s country profile with any other in sub-Saharan Africa and you’ll see that this guy, unlike too many of the crap leaders the continent has endured in the last few decades, didn’t just say “fuck you” to his people.

Compare Libya’s GDP per capita ($12K+) with countries like Nigeria ($1K+) or Botswana, probably the most stable “democracy” in Africa at $6K+. Democracy is not always the solution; sometimes it’s nothing more than a money-wasting farce.

Gaddafi was a dictator, he supported many questionable cause and held on to power for too long, and it is best that he goes now, but while we celebrate his removal let’s not completely erase our memories of what else he did, or forget why many of us were also, from time to time, rather proud of him, frustrating as he may have been.

What if Oscar’s victim had been black?