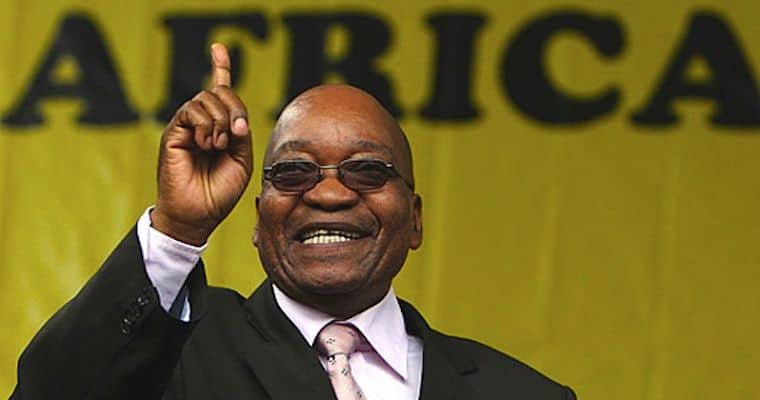 President Jacob Zuma is generally a man who harbours little fear of the negative consequences of his words or actions. Or if he does, he exhibits a certain confidence that he will overcome any such problematic effects of what he says or does.

His reported utterances at a meeting organised by his party, the ANC, about what was essentially a domestic matter, however went on to betray his unfortunate attitude toward Africa.

Distasteful
As reported, he jokingly advised the meeting on the matter of e-tolls, saying South Africans must not “think like Africans in Africa generally, we’re in Johannesburg”. He is reported to have added that the Gauteng highways are “not some national road in Malawi”, to further buttress his distasteful humour.

If these statements were being attributed to an ordinary citizen of any African country, they probably would not have made any headlines. But coming as they are from South Africa’s president, they cannot be swept under the carpet.

False stereotypes
Being a Zimbabwean, I am acutely aware that humour has a general role in politics – particularly where it is used for comparative assessment of progress between countries. Or even domestically, as it relates to freedom of expression. I however do not agree with humour being used to connote false stereotypes of others, let alone being used in such an abrasive and far-reaching manner by a sitting head of state and government. More so by an African, one at a time when the continent remains on an international back-foot due, in part, to the perpetuation of uninformed stereotyping of some countries as being more equal than others.

Zuma’s regrettable comments could imply that he believes his country is exceptional and therefore cannot be viewed from the prism of being a sister African country. He may be correct in the eyes of his supporters but the premise of this argument is however politically misplaced. South Africa is indeed an exceptional country but not by way of narrow, self-serving comparison to the status of the development of other African countries. It is exceptional in the sense that it owes its liberation not only to the current ruling party but the contribution of many African countries and peoples that its current president finds fit to deride.

Just in case Zuma has forgotten what a road in Malawi looks like. Paul Kagame street in Lilongwe, Malawi. (Source: Leon Sadiki/Citypress)

Dishonest
Furthermore, assumptions of any economic or development superiority of South Africa must also be premised on the knowledge that due to the colonial development of forced (political and economic) circular migration in Southern Africa, contributions to its current status are also historically grounded in the peoples of the sub-region. This is why one of the most tragic colonial institutions was the Native Labour Associations – inclusive of the notorious but heavily utilised Witwatersrand Native Labour Association (commonly referred to as Wenela by us, the African locals).

In singularly claiming a specific un-African uniqueness to his country, President Zuma is being dishonest to himself and the legacy of African liberation struggles that his own party, the ANC, proudly lays claim to. His utterances are a borderline disheartening confirmation of the unfortunate myth that the more an African country was colonised, the better it turned out in development and modernisation. If that were to be true, we might as well thank the settler-colonials for getting us to where we are. This would be a treasonous betrayal of the liberation struggles, whose challenges and objectives we are still trying to overcome and achieve in contemporary time.

The “other”
Another effect of Zuma’s statement is its import on xenophobia in his own backyard. The consistent and violent othering of fellow Africans by poorer South Africans cannot have found better endorsement than in the utterances of its head of government. Because there is a misconception that citizens from other African countries come to South Africa to take local jobs.

Any insinuation – particularly at the highest leadership level – that South Africa is richer than the rest of the continent does not serve to promote peaceful co-existence in volatile communities. Instead it gives wrong nationalistic premise to poorer and disadvantaged South Africans to want to falsely but violently gatekeep wealth that they do not control anyway.

Indeed South Africa is exceptional (as is any other country) and its roads are not like those of Malawi. It however is an African country on the African continent and with its historical umbilical cord in Africa. While we can forgive the ignorance of musicians and other artistic celebrities, President Zuma’s unfortunate attempt at humour is not funny.

This post was originally published on the author’s blog and is reproduced here with his permission.

How bad was Gaddafi?