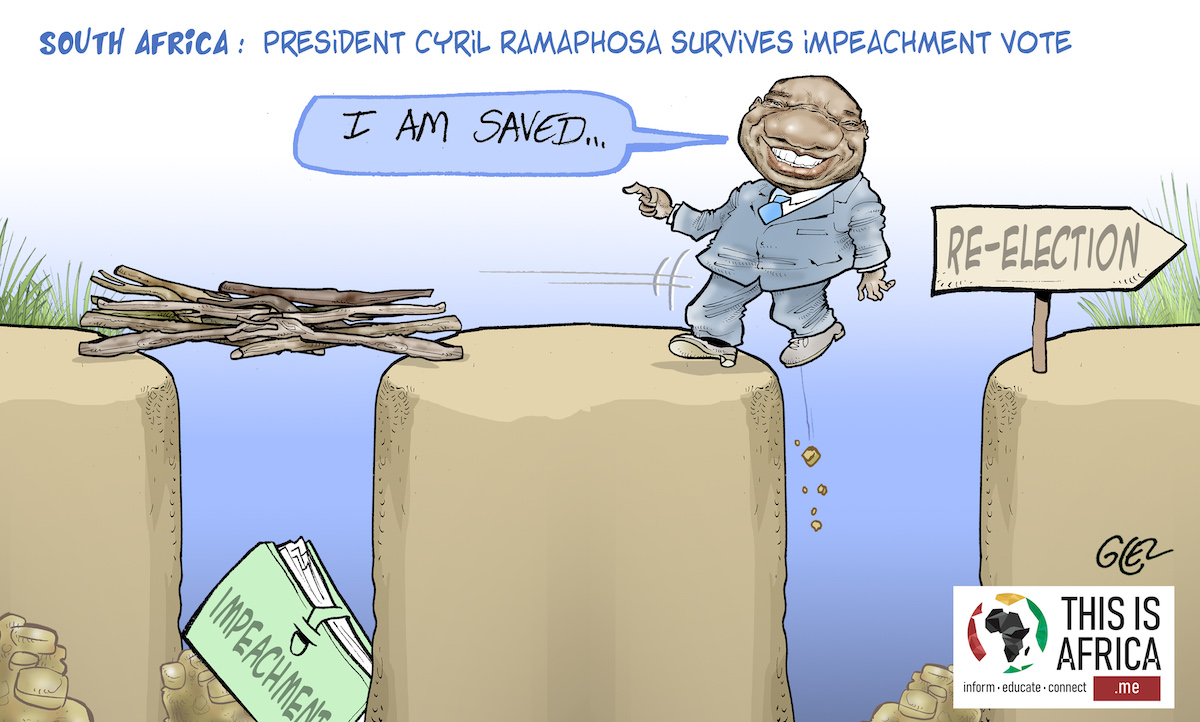 President Cyril Ramaphosa has survived an impeachment vote in South Africa’s National Assembly. The National Assembly voted against a motion to impeach President Ramaphosa. The opposition motion was defeated by 214 votes to 148, with two abstentions.

Ramphosa breathed a sigh of relief, albeit temporarily as he faces an impending stern test.

The impeachment vote comes just days before the ANC’s national conference, where Ramaphosa is contesting to remain the party’s president, with former health minister Zweli Mkhize his biggest challenger.

US-Africa summit: four things African leaders should try to get out of it