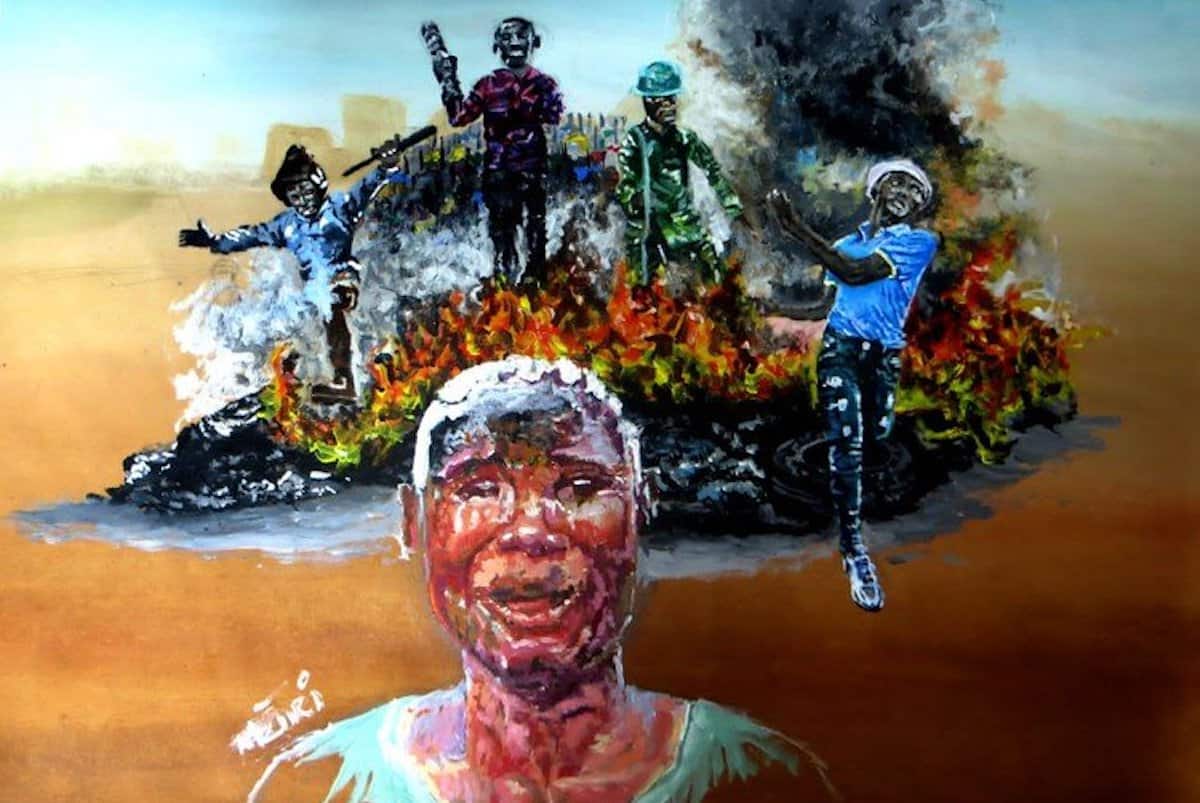 Muhuli, 24, has been living in South Africa for 16 years and has been both a victim of and a witness to attacks on immigrants in Durban.

On 16 October 2020 he and his cousin David Bushambela Yakobo were stopped by a police vehicle and searched. “Then we were asked to show our asylum seeker documents, which we presented to the officers. When they realised that our documents had expired — because the Durban Refugee Centre had been closed since the beginning of the Covid-19 lockdown in March 2020 — and that we were foreign nationals, they forced us into their vehicle where they started beating us and hitting us with a glass bottle,” said Muhuli.

He said the two were further assaulted in a police station, their heads banged against the wall and tyres put around their necks.

They filed a complaint to the Independent Police Investigative Directorate. Spokesperson Ndileka Cola said IPID is still investigating the case and an update would be provided “at an appropriate stage”. But Muhuli told GroundUp that he and his cousin had not been interviewed by IPID yet

He was at school when he realised that he could communicate with other learners through drawing even if he could not speak their languages. “This is when I realised that art is a universal language that can be understood by anyone and everyone. My friends all adored my drawings and would pay me to draw their favourite wrestling superstars.”

In his matric year Muhuli was awarded a one year bursary by the Loeries Creative Future Scholarship to study creative business communication at Vega School of Brand Leadership and Communication and the Design School South Africa. That was followed by a three year scholarship at the Centre for Fine Art, Animation and Design, run by renowned cartoonist Nanda Soobben.

He said his drawings tell stories of the working class. “I challenge social issues such as gender-based violence, racism, corruption, especially in Africa, slavery, racism, human trafficking and xenophobia,” he said.

His latest drawings were inspired by the attacks on traders in Durban in February, especially a trader called Amina Rugondera.

“I was inspired by one of our Congolese ladies who sells avocados. Her story was so horrific, she says that on the day she was even chased from her trading spot and told that she will be burnt alive and that she must go back to her country. They accused her of giving birth to too many children and stealing people’s money through the children’s grants.”

“Many people have suffered and as an artist the best I can do is tell their stories the best way I know how,” Muhuli said.

Though the Home Affairs Durban Refugee Centre is still closed, Muhuli said he had managed to apply for his permit online.


© 2021 GroundUp. This article is licensed under a Creative Commons Attribution-NoDerivatives 4.0 International License.