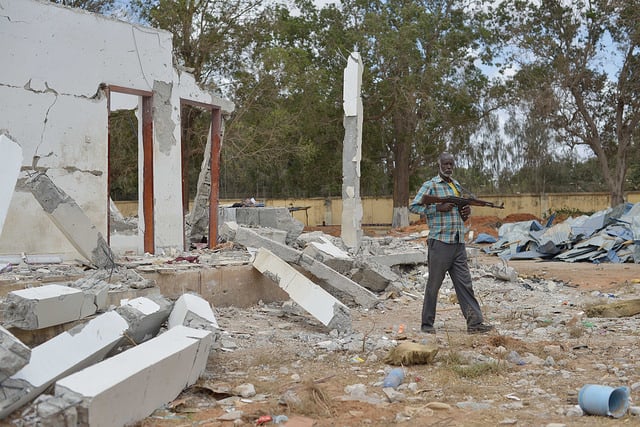 A Somali television journalist was killed by a car bomb in front of his children, relatives said, the fifth murder of a journalist in the war-torn country this year.

Mohamed Ibrahim Gabow, a journalist working for Kalsan TV, had taken a break from work to spend time with his children.

Read: African Lives Matter: The Somalia bombing and the reaction of Africans to their own crises

He had just left his home on Monday afternoon when a bomb planted beneath the driver’s seat ripped through the car. He later died of his wounds in hospital.

“He was a professional journalist dedicated to working for the public,” grieving relative Mohamed Abdirahman said late Monday. “We don’t know why they killed him in front of his children.”

No one has claimed responsibility for the attack, but journalists have been regularly targeted by rival forces in the long-running conflict.

“The explosive device was attached beneath the driver’s seat of the car,” said police officer Ibrahim Mohamed.

Somalia is one of the most dangerous countries for journalists: 45 Somali reporters were killed between 2007 and 2015, according to the Committee to Protect Journalists (CPJ).

Mohamed Ibrahim, head of the National Union of Somali Journalists, called it a “senseless murder”.