The Coca-Colonisation of African culture
Advertisement 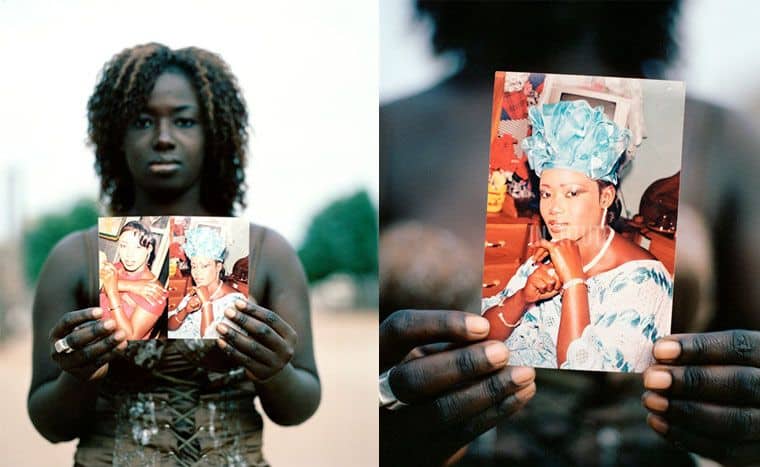 No culture can remain static – especially in the age of globalisation – and African music artist have as much right as anyone to borrow influences from anywhere in the world. But are we now equating progress and civilisation with Coca-Colonisation? African musicians who confronted missionaries and imperialists faced the same challenge: either you are African or ‘civilised.’

There is an urgent need to seriously examine the role and responsibility of “urban” music, especially Hip-Hop, in shaping the mind, attitude and self-understanding of the young people in Africa.

Few will doubt that Hip Hop, among musical genres, is a powerful and influential instrument in national development, nation-building and identity, especially among youths everywhere. But the result is that in post-colonial society the African youth is, increasingly, drawn away from its cultural anchors, if you will.
What perhaps needs to be pinpointed is the Coca-Colanisation of post-colonial African youth who have not only been disconnected but alienated from their cultural moorings.

It is easy to find Young Africans who have neither understanding of, nor empathy with, anything that can, essentially, be defined as originally “African”, whatever that means now. Instead, some have largely allowed themselves to be reinvented in the image of a global Coca Cola culture that has diluted their African roots, identity, lifestyle and world outlook.

Of course, one understands that in post-colonial society there can be no claim to a pure African culture or identity. It is for this reason that today there are an increasing number of self-styled ”urban” and Hip hop artists and groups in the continent and Diaspora fighting what they perceive to be a primitive African cultural inclination that refuses to submit to cultural imperialism.

This small but effective cultural elite has been elevated to the status of being “leading entertainment practitioners” by a media with a pro-American bias in terms of music, fashion, design style, language and intellectual outlook.

The stereotypical ‘bling’ gear that has become synonymous with hip hop culture’.

The new generation of urban and Hip Hop artists who imitate Americans are told that they are the only ones who can save Africa – especially its ignorant, non-thinking and gullible masses – from the clutches of an outdated, primitive and inherently evil or oppressive way of life.

The majority of African people live in rural communities that are superficially touched or influenced by Western music and continue to practice their own civilisation, culture, identity and heritage, if you will. Of course, this is neither acknowledged nor recognised by the mainstream media.

Instead, some of our young agents of Coca-Colanisation not only undermine the integrity of African culture and heritage but bludgeon it to the death and refuse to admit that it has got its own unique standards, values and heritage that just do not and will not fit into the Western model.

The over-celebration of local artists who blindly mimic Jay Z, 50 Cent and Ne-Yo, for instance, is one of the most dangerous phenomenons that threaten to extinguish the flame of Pan-Africanist self-determination.

The African way of doing music
Africa has always had some of its young sons and daughters become so Coca-Colanised that they are alienated from their indigenous society. Yet Africa is the cradle of humankind and the place of origin for the Hip Hop movement itself.But the emergence of an anti-Africa musical discourse whose contempt for indigenous culture and what it represents is so obvious. Those who understand this phenomenon can only shrug their shoulders and smile.

Perhaps there is sense in the view prevalent among the culturally Coca-colanised youth that there is no division between the Western way and the African way of doing music in the global economy. Of course, African culture, like others, is not stagnant but dynamic, ever-changing and forward moving. As a result, it is unavoidable for it to embrace outside influences to develop and mature itself. This is neither appropriation nor imitation but an integral part of human progress. But the dominant view is that everybody must forget about Africa, its culture, musical heritage and history and believe that the Coca-Colonisation is the be-all and end-all of civilisation.

At the same time, emphasising the perceived difference between the African-Americans and the Africans, for instance, in a globalised world is not going to take us anywhere. Anyway, what is “African” – or American – today? At the risk of being judgemental, there are simply too many young African musicians who are unknowingly engaged in a cold war, not only with African musical heritage but with the idea that the continent is the Mother of Civilisation.

Understand that I am not talking about the politically-conscious indigenous African artists who know what they are talking about. I’m referring to the young artists who have internalised the gospel of Coca-Colanisation. This anti-Africa cultural disposition has a quality of self-denigration, ignorance, confused anger about it, with the culprits seeking global acceptance at their own expense. In fact, their attitude suggests that they are part of the contestation of cultures. But it is not just ideas that are being contested but a way of life that defines identity. Of course, young artists have the freedom of choice and every right to nail their colours to Coca-Cola cultural imperialism which disguises itself as ‘gobblisation,’ and self-help for primitive African creatives.

This is not an unprecedented attitude because the prerequisite to becoming an established big name in radio or popular music charts has always been the renouncing and denigration of African languages, history and everything that they represent.

What we see is the repetition of the same mistakes committed by Africans who first encountered modernity in the 19th Century.

Instead of being true to who they are and what their heritage represents, young African creative children, particularly those in integrated schools, blindly embrace the Coca Colanisation of thought, behaviour and attitude.

The biggest question today revolves around authenticity: What is pure African music or American culture?

Of course, no one can understand these young artists without remembering that indigenous Africans who confronted missionaries and imperialists faced the same challenges: either you are African or ‘civilised.’ The prerequisite for acceptance to European way of life, religion and education has always been the renunciation of one’s history, heritage and culture. Outsiders had to be re-created in the image of the white man.As a result, more than ever before, contemporary African parents raise a new generation of young people without an intuitive connection to their musical identity, language, culture and heritage.

It is truly a traumatic experience that young Africans, especially in the arts and culture sector, are growing up without an appreciation of their identity, history, musical heritage and, of course, languages. This can only make human development and progress poorer.