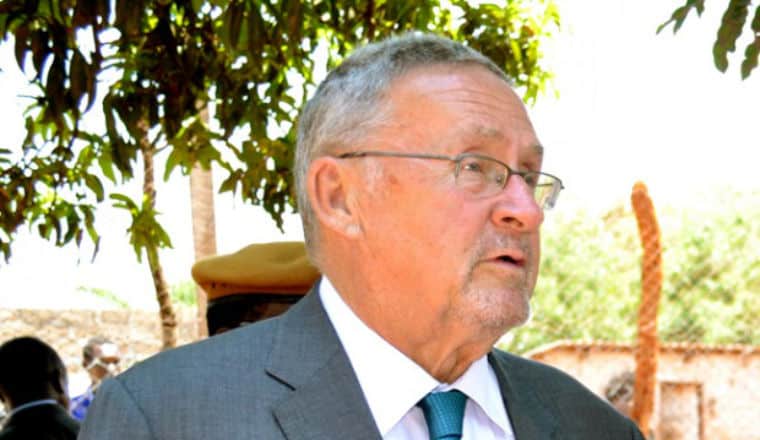 Given Africa’s colonial past it’s no small wonder that positions of political power cannot be easily conceded to those that resemble historical oppressors. However, given the numerous communities of White settlers that remained on the continent it is curious that not more of them have pursued governance positions. The conspicuous absence of White people in corridors of political power across various African countries raises  various questions around this racial imbalance in political participation. The absence is particularly stark  considering White Africans are quite visible in the governance of economic affairs, so why do they seem to be on the periphery of the political sphere?

According to statistics, there were an estimated 5.6 million White Africans of European ancestry on the African continent in 1989 most of whom were Dutch, British, Portuguese, German and French. The majority of them based along the Mediterranean coast, in South Africa, or in Zimbabwe.

These numbers were much higher before states began gaining independence and continuously varied after regional decolonization where White Africans were represented in every part of the continent in key political, industrial and commercial agriculture positions.

The “White flight” phenomenon that accompanied regional decolonization resulted in destructive economic repercussions for the emerging states due to the abrupt loss of much-needed technical skills. But it also resulted in the termination of white minority rule.

Some countries that have had singular or sparse political personalities include:

Malawi: Malawian of Dutch descent, Jan-Jaap Jakobus Sonke, was Member of Parliament in Malawi from 1999 till 2004. He is a former Deputy Minister of Finance and Economic Planning, and of Public Works of Malawi.

Kenya: The White Africans who have served in government include Bruce Roy McKenzie; as Minister of Agriculture in Kenya during Jomo Kenyatta’s presidency. Humphrey Slade was the inaugural Speaker of the National Assembly, from 1967 to 1970. Philip Leakey served Langata Constituency as MP for 13 years, and was an assistant minister for a short stint. Leakey represented the KANU party led by then president Daniel Arap Moi. Richard Leakey served as cabinet secretary and head of the civil service in 1999 in Daniel Arap Moi’s administration.

Uganda: In Uganda, Ian Clarke,  was recently elected chairman of a district of Kampala.

Zimbabwe: The country has had numerous White politicians serving in various capacity in cabinet, and at local government level.  These include, Dr. Timothy Stamps, Zimbabwe’s former Minister for Health, Denis Norman spent a total of twelve years in the Cabinet of President Robert Mugabe, serving as Minister of Agriculture, Minister of Transport and Minister of Power – from 1990 to 1997. White Zimbabweans have also been actively involved in opposition politics, and some of the notable names includeEddie Cross, Trudy Stevenson (late), a human rights activist and former Ambassador to Senegal, David Coltart, Roy Bennett (late), Michael Auret, a veteran human rights activist and Brian James, former Mayor of Mutare.

However, these six cases are not a representative sample but give a snapshot of the involvement of White people in African politics, which is not widespread.

Advertisement
Related Topics:Politics
Up Next

African leaders have signed our mining wealth away