African leaders have signed our mining wealth away
Advertisement 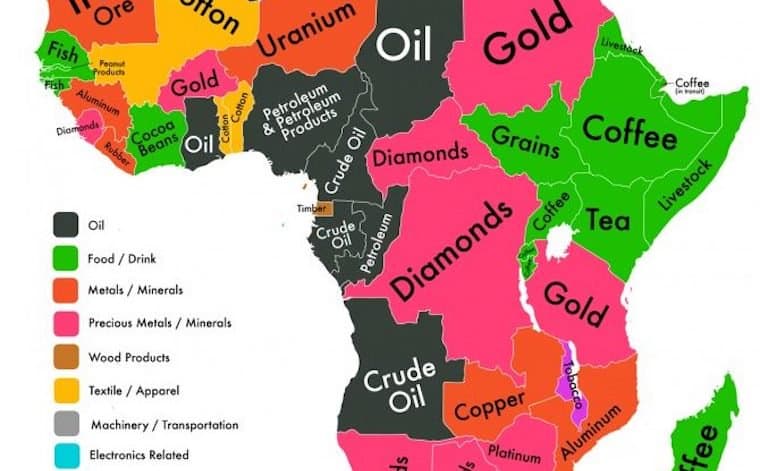 The world is looking for ways to make us less dependent on fossil fuels and more focused on clean energy. But it seems that Africa is being left behind in these conversations. Consider this question: New technologies are being developed every day – where do the “spare parts”, the ingredients, for these technologies come from?

The Democratic Republic of Congo is a case in point. The country, which has been experiencing an unstable democracy for over 50 years, is the world’s largest source of cobalt: 55% of the world’s supply is sourced from the DRC. This metal is characterised as a critical raw material and is often referred to as “technology enabling”. Cobalt is used in the production of smart phones and it is the material that maintains the life of rechargeable batteries and the longevity of aeroplanes – among many other uses. Yet, despite this richness, the DRC is nowhere near being a technological hub.

Cobalt is not the only mineral that is in high demand in our modern world. Copper is too, with Zambia and the DRC having the largest copper reserves on the continent.

Birthright: A copper mine in Zambia. The country has has the third largest copper reserves in the world. (Photo: photosmith2011 via https://www.flickr.com/photos/63744740@N07/)

Zambia’s copper production, however, is dominated by foreign firms, with ZCCM-IH, the investment holding company of Zambia’s government, as a minor shareholder. With production reaching 850 000 tonnes and copper going for US$7000 per tonne, Zambia, unlike Botswana, might not be making as much revenue as it should. Botswana’s renegotiation with the De Beers mining company when the country got independence bolstered that country’s economy.

As in Botswana, Tanzania is showing signs of positive change. Last year, President John Magufuli seized diamonds worth US$15 million because they had been undervalued. He built a wall around Tanzania’s tanzanite mines and launched an enquiry that reported the country had lost US$90 billion to tax evasion since 1998. In 2010, Tanzania’s laws demanded that mining companies were to cede 50% of their mining licences to the state.

So, while poor leadership has led to many African governments signing terrible deals that have left their countries impoverished and the leaders wealthy, there are signs of change. Early this year, the DRC signed a new mining code into law despite opposition by mining companies. It declared cobalt and coltan as strategic minerals that would earn the country higher royalties, according to Reuters. Royalties to be paid to the government were increased from 2% to 10% and they will continue to increase.

These are encouraging signs, but an important leap that many African countries have yet to make is having their mineral resources processed in their countries, instead of simply exporting the raw ore. This would create jobs within mineral-rich African countries, allowing more people to share in the wealth of their countries of birth. Surely that is what our leaders should be striving for.

The rarity of White African Politicians’ involvement in African politics

Marijuana use in South Africa: what next after landmark court ruling?