THINK AGAIN: The real value of the Zimbabwe torture ruling 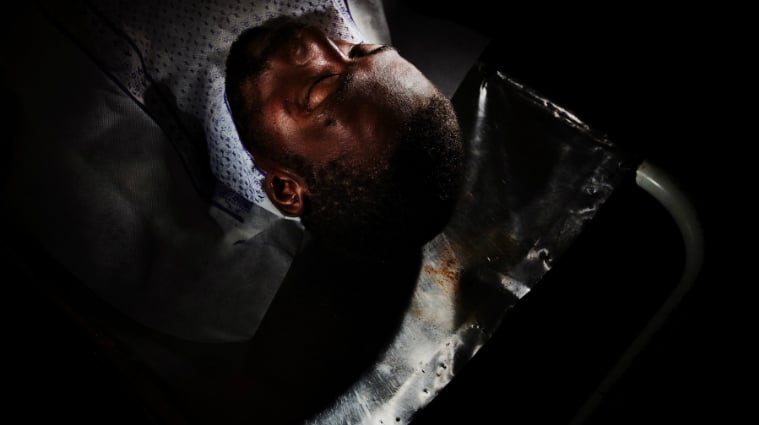 The South African Police Service (SAPS) really doesn’t want to investigate torture in Zimbabwe. When the Southern Africa Litigation Centre (SALC) and the Zimbabwean Exiles Forum (ZEF) first asked it to do so in 2008, even giving detectives a dossier of evidence to get them started, the police took no action. When a court action (brought by SALC) forced it to do so, it appealed. When it lost that appeal, it appealed again.

All to no avail. In late October, the Constitutional Court – the highest court in the land – ruled that SAPS must investigate the complaint. Failure to do so would violate South Africa’s obligations under both domestic and international law.

For SALC and international justice campaigners, the verdict was vindication after a long and difficult fight.

It was definitive proof that South African justice does not end at our borders, as the police would argue, but stretches to anywhere in the world where crimes against humanity have been committed; and, crucially, to situations where it is practical for SAPS to investigate.

Investigating crimes against humanity is a notoriously complex, slow and expensive business
Zimbabwe meets both these criteria. Basic human rights have been something of a luxury there in recent years, and particularly in 2007 – the year in which the crimes against humanity that SAPS must now investigate were allegedly committed.

Given Zimbabwe’s proximity, and the hundreds of thousands of Zimbabwean refugees and asylum seekers present in South Africa, it is also reasonable to think that detectives will have an opportunity to collect evidence.

So when can we expect to see the first prosecutions rolling in? How long before senior Zimbabwean police officers are arrested as they arrive at OR Tambo?

Not any time soon. Here’s the thing: legally, the Constitutional Court handed down a landmark judgment. In the real world, however, its impact may not be quite as significant.

In their detailed explanation of the verdict, ISS analysts Max du Plessis and Ottilia Anna Maunganidze concluded: ‘What remains to be seen is whether the SAPS will indeed follow through with an investigation; whether evidence will be gathered speedily and expertly; and whether arrest warrants will be issued for and executed against alleged perpetrators. It is hoped that positive action will make up for the lost time already occasioned by the state’s varied but unsuccessful efforts to appeal the High Court’s decision.’

Germain Katanga during his war crimes and crimes against humanity trial. He eventually became one of ICC’s only two convictions. Photo: Michael Kooren/AFP/GettyImages

This policy shies away from criticism and blame, prioritising stability over justice
Unfortunately, several factors conspire against a sudden bout of positive action from the police – and not just its obvious reluctance to get involved. First is simply an issue of capacity. Investigating and prosecuting crimes against humanity is a notoriously complex, slow and expensive business. At the pinnacle of international justice, the ICC costs US$140 million per year to run, with a staff of over 700. After 12 years and over US$1 billion spent, it has only secured two convictions.

While the SAPS budget is considerably larger, at R71,02 billion (US$7.1 billion) for the 2013/2014 financial year, it does have an entire country to look after – finding millions of rands to look into crimes somewhere else is a big ask. Moreover, the budget that it does have is not particularly well spent. As the ISS has observed before, one of the key areas of neglect is in detective services. Unfortunately, skilled detectives are exactly what is needed to investigate crimes against humanity.

The police unit charged with looking into international crimes is the Crimes Against the State (CATS) unit, which has just 26 detectives and an already heavy caseload. Already, CATS must investigate a range of crimes like terrorism, treason and organised crime, in addition to the international crimes. So even if SAPS complies with the court order and actively investigates, it is unlikely to do so with the financial or human resources necessary to make real headway.

Secondly, an effective investigation of this nature requires serious political will. South Africa’s track record in this area suggests that the necessary political will simply does not exist. Generally, President Jacob Zuma’s administration has been reluctant to publicly interfere in the internal affairs of other countries.

Take, for example, the recent controversy over Uganda’s proposed anti-gay laws. South Africa’s Constitution forbids discrimination on the grounds of sexual orientation, so these laws were contrary to what South Africa stands for as a nation. And yet, not only did the government refuse to condemn Uganda, but it also dispatched a man convicted of homophobic hate speech to represent South Africa as its ambassador to Uganda.

The decision establishes South Africa as hostile territory for perpetrators of crimes against humanity
In that case, diplomacy trumped values, and the same can be observed when it comes to South Africa’s relations with its northern neighbour, which are still defined by former president Thabo Mbeki’s ‘quiet diplomacy’ approach. This policy shies away from criticism and blame, prioritising stability over justice. Were the executive branch of the South African government to throw its full weight behind the investigation into Zimbabwe, it would signal a radical new approach. There’s no indication of that happening.

In other words, regardless of South Africa’s Constitutional Court decision, no implicated Zimbabweans are likely to face justice in South Africa anytime soon. This does not mean, however, that the judgment is meaningless – just that its impact will be a little more modest.

Perhaps the most significant practical outcome is that the decision establishes South Africa as hostile territory for perpetrators of crimes against humanity, genocide and war crimes. Regardless of the executive’s approach, South African courts have proved that they can and will live up to their responsibilities in this regard, which makes South Africa an unsuitable destination for most perpetrators. The world, for them, has become a slightly smaller place – and if more countries adopt a similar approach, it could become a very small place indeed.

The rape of South Africa’s children