Further thoughts on Buhari and a corruption strategy
Advertisement 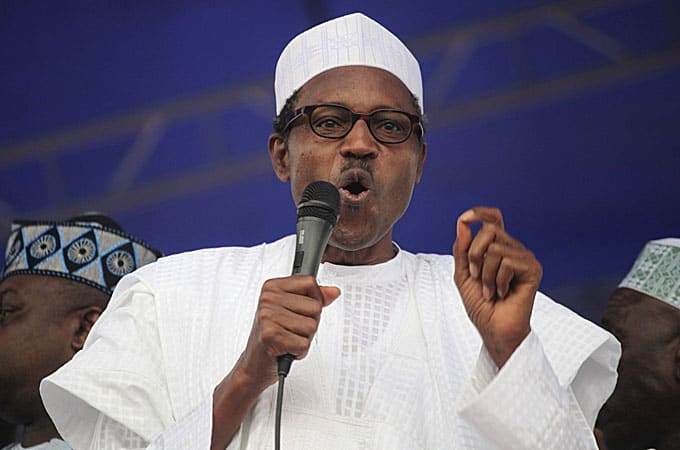 My column last week, titled “Corruption and Buhari’s Perfect Storm,” provoked vigorous debate on social media. In addition, I received numerous emails from readers who wished to weigh in on my central prescription, that incoming President Muhammadu Buhari ought to consider setting up a restitution commission that would offer corrupt officials amnesty from prosecution if they would voluntarily confess their acts of graft, and return a portion of their loot.

I heard from those who relished that central argument, those who strongly disagreed, those who agreed with the broad spirit of my stipulation, but found some bones to pick with aspects of the letter of it, and those who demanded some amplification or clarification.

It’s all evidence that Nigerians are particularly attentive to the subject of corruption, and to strategies for exorcizing that particular ghost that has haunted their dreams of development.

I must apologize that, given the breadth and complexity of the subject, the constraints of space, and the sheer number of reactions, this response is bound to be incomplete, even fragmentary. Indeed, my ambition is to provide some context, to touch on a few salient points raised by my interlocutors, and to offer a sense of the evolution of my thinking over the last week as I reflected on the considerable correspondence triggered by my column.

I have been frustrated by what has passed, over the last 16 years, as Nigeria’s war on corruption. Former President Olusegun Obasanjo oversaw the inauguration of the Economic and Financial Crimes Commission (EFCC) and the Independent Corrupt Practices and other Related Offenses Commission (ICPC), Nigeria’s main anti-corruption agencies. During his Presidency, the EFCC, then headed by Nuhu Ribadu, gave the impression of hounding corrupt officials in the public and private sectors.

In reality, that much vaunted and promised war was more flash and theater than substance and sting. Rather frequently, the EFCC titillated Nigerians by declaring its compilation of mountains of evidence against numerous corrupt officials, including governors and ministers. On occasion, the agency staged dramatic arrests of government officials. Yet, juxtaposed with the loudness of its claims, the EFCC’s anti-corruption record has been unimpressive.

Under Obasanjo’s reign, the agency arm-twisted a handful of state legislators to impeach Governor Diepreye Alamieyeseigha of Bayelsa State and Joshua Dariye of Plateau State—after British authorities had accused both governors of money laundering in the UK. Mr. Dariye subsequently convinced Nigeria’s Supreme Court to overturn his impeachment. And, once done with being governor, he won a seat as one of Nigeria’s “distinguished” senators. The commission secured a conviction in the case of Mr. Alamieyeseigha, the former governor sentenced to several counts of two-year sentences that ran concurrently. He was released hours after his sentencing—based on “time served.” The EFCC also prosecuted former Inspector General of Police, Tafa Balogun, but his six-month sentence was a joke.

Former governor Joshua Dariye of Plateau State was impeached after being accused of money laundering in the UK. Photo: DailyTimes Nigeria

Under Presidents Obasanjo, Umaru Yar’Adua and Goodluck Jonathan, the EFCC and ICPC—and hence the ostensible crusade against corruption—were impeded by presidential meddlesomeness. It was no secret that Mr. Obasanjo used the anti-corruption agencies as part of a vindictive machine against his political foes. His political allies could stink to high heavens with corruption, the anti-corruption czars knew better than to trouble them. To one degree or another, Mr. Obasanjo’s successors adopted the same policy.

Apart from remote presidential control, Nigeria’s anti-corruption agencies are also encumbered by a cultural conundrum. It is this: that Nigeria, as a country, is rigged for the biggest, baddest, most politically exalted and connected thieves. One example: the clause in the Nigerian constitution granting immunity to certain officials, including the president and governors, is one of the most grotesquely expansive such clauses in the world.

In the US, for example, the immunity clause only shields designated officials from lawsuits arising from the exercise of the legitimate duties of their office. If they commit crimes, they are exposed to prosecution—as happened when former President Bill Clinton lied on oath about the nature of his relationship with a White House intern, Monica Lewinsky. Another American example: the FBI arrested then Governor Rod Blagojevich of Illinois for seeking to sell the Senate seat that fell vacant after then Senator Barack Obama’s election as US president. Mr. Blagojevich had not received a cent, but his mere attempt to shop for a buyer of Mr. Obama’s seat earned him a 14-year sentence in jail.

By contrast, Nigerian government officials are protected even when they squander or pocket vast amounts of public funds, or commit other crimes that betray their oath of office and the public trust—indeed, especially then.

Former US state governor Rod Blagojevich was arrested for seeking to sell the Senate seat that fell vacant after then Senator Barack Obama’s election as US president. Photo: Joe Amon/Getty

Given this context, it is clear that a viable war against corruption must begin with strengthening Nigeria’s law enforcement apparatuses, including the police, the EFCC and the ICPC. These agencies, along with the country’s judiciary, should be inoculated against executive interference and transformed into institutions that have muscle, integrity and fierce independence.

It would be a tragic mistake to put the burden of fighting corruption on Mr. Buhari’s shoulder—or that of any man, for that matter. President-elect Buhari has friends who are awfully corrupt. Unless we have anti-corruption agencies that strike fear in the hearts of all corrupt people, including those who dine with the president, the so-called war against corruption would remain little more than a farce. And those who believe that the president-elect is going to haul every suspect before the EFCC, even his closest associates, must have an inflated sense of the man’s eccentricity.

This context informed my prescription for a restitution commission. It is not the first time I mulled this idea. In June, 2011, shortly after President Jonathan’s inauguration, I wrote a column titled “Time for a New Anti-Corruption Manual.” In it, I stated, “One proposal is for [President Jonathan] to champion a truth and restitution option. The import would be to offer public officials the opportunity to confess to their participation in graft or money laundering, and then to return their loot in exchange for the offer of no jail time.

“There should be certain elements to this proposed method of addressing the nation’s Number One blight. One, participation in the program should be voluntary to serving and former government officials. Those who choose to enlist in the program would agree to submit themselves to thorough asset verification by the EFCC or other agencies. The idea is to have an independent agency corroborate the veracity of each official’s account of the size of his loot. The recovered funds or physical assets should then be placed in state or federal accounts that are periodically audited, devoted to massive infrastructural development.

“Public officials who refuse to take advantage of this amnesty should then be subjected to scrutiny and – if found to have pocketed public funds – compelled to face prosecution and certain imprisonment.”

It would be a tragic mistake to put the burden of fighting corruption on Mr. Buhari’s shoulder. Photo: DailyTimes Nigeria

Many who reacted to my column last week objected to the idea of demanding that corrupt officials return only a percentage of what they stole. I sympathize with those who have such profound misgivings. In 2011, my position was, in fact, for a full restitution. I revised that because, a, the recovery of 40 or 50 percent of what’s been stolen from Nigerians would represent unprecedented progress—and yield a substantial amount to invest, say, in infrastructure; b, because Nigeria doesn’t have enough courts, judges, prosecutors, investigators and funds to undertake a rigorous investigation and prosecution of all corrupt officials. Therefore, if a commission could persuade some of these suspects to make voluntary confessions of their graft, followed by the return of a sizeable portion of their loot—that strikes me as a promising and pragmatic step.

Still, I’m not against insisting that every stolen kobo be returned, if we can find a way of enforcing it. As I indicated in 2011, I also envisage that the EFCC (or some other agency) will verify all declarations of loot, so that we don’t presume on the honesty of those who stole from us.

Some corrupt politicians may choose to flee Nigeria while Mr. Buhari remains the sheriff-in-chief, returning once a more permissive president takes over. If that happens, Nigeria should file extradition requests with the countries harboring the fugitives. And if we cannot get them back, why, we should try them in absentia.

A friend wrote to me and urged that those who volunteer information about their graft as well as those who are found out through investigation must face additional punishment, in addition to forfeiting their loot. He specifically suggested that they be barred, for life, from holding public office. I say a resounding yes to that proposal!