What DRC brings to the EAC table 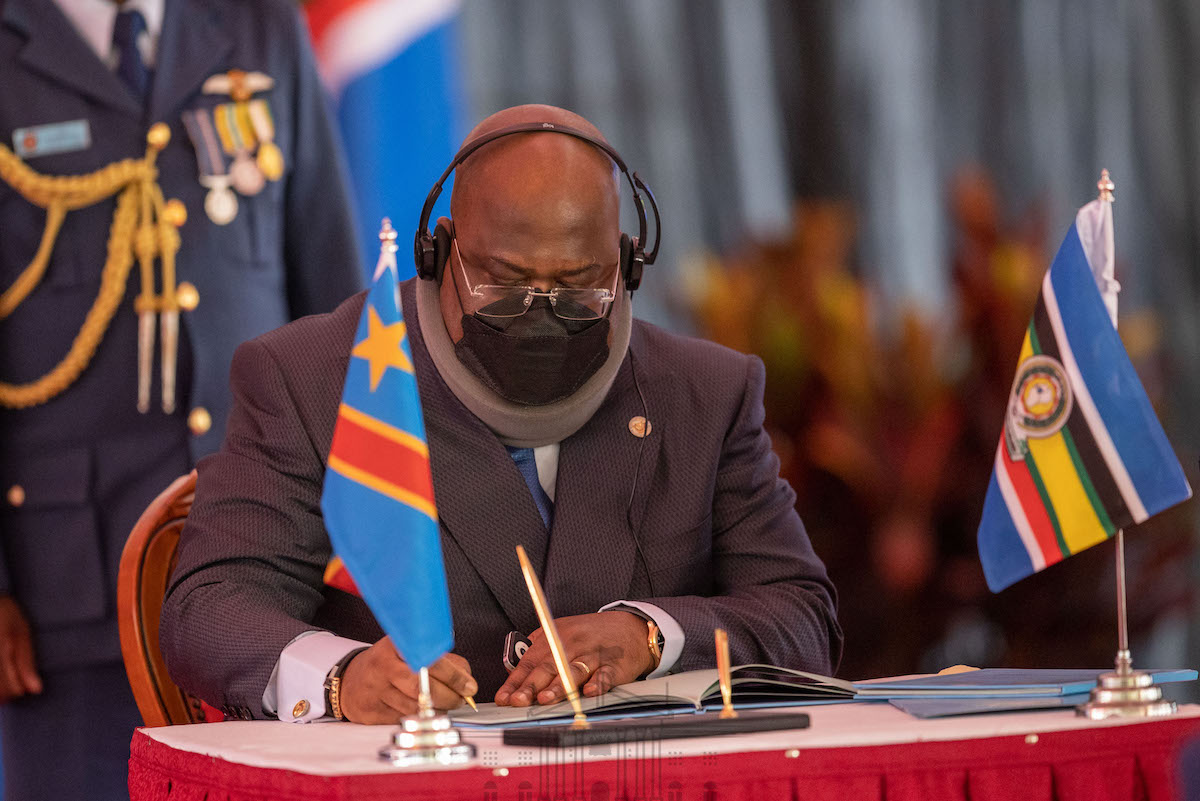 The EAC was established through a Treaty signed by Kenya, Uganda, and Tanzania on 30th November 1999, and upon ratification came into force on 7th July 2000. The three founding partner states welcomed Rwanda and Burundi into the community in 2007 and South Sudan in 2016.

Before DRC joined, the regional economic bloc boasted a population of nearly 177 million citizens (2019) and a GDP of US$ 193 billion (2019). The East African Community envisions East Africa as a “prosperous, competitive, secure, stable and politically united” and is driven by the mission to “widen and deepen economic, political, social, cultural integration in order to improve the quality of life of the people of East Africa through increased competitiveness, value added production, trade and investments.”

But what does the seventh member of EAC bring to the table? How is the entry of EAC aligned with the broader mission of the regional economic bloc?

DRC is a large country and the most populous in the region. The surface area of DRC is equivalent to Western Europe. It is the largest country in Sub-Saharan Africa and has a population of 92 million. The entry of DRC therefore drives the total population under EAC to over 300 million citizens, which is nearly the population of the United States. Even though DR is the most populous in EAC, the World Bank reported that 73 percent of the Congolese population live on less than $1.90 a day.

Opportunities in the mining sector

DRC is one of the richest countries in the world. It is exceptionally endowed with mineral wealth, with large deposits of diamonds, gold, copper, cobalt, tin, tantalum, and lithium, most of which remains untapped reserves. These minerals are the backbone of global manufacturing conglomerates, lithium and cobalt drive the electric vehicle industry; tantalum, tin, gold, and cobalt are pillars for electronic devices, while copper drives infrastructural development, especially the high-grade copper for transmission lines.

The artisanal mining sector currently employs 500,000 to 1 million people and is the main source of employment in poor regions across the country despite the fact that DRC is a critical player in the global mineral supply. Large-scale industrial mining, as is in most countries in Africa, is controlled by foreign companies. The challenges in governance, taxation and transparency in DRC’s mining sector coupled with the persistent issues around child labour, smuggling and conflict financing notwithstanding; the entry of DRC into EAC presents an immense opportunity for mining and post-mining business opportunities.

The investment case for the mining sector in DRC is without question. DRC contains almost 10 percent of copper reserves and 25 percent of diamond reserves in the world. DRC is the largest producer of cobalt and accounts for 50 percent of global cobalt reserves. If that isn’t convincing enough, in total, the value of untapped deposits of raw materials in DRC is estimated to be worth in excess of US$ 34 trillion.

Opportunities in the energy sector

The mighty Congo river is the world’s fifth-longest river, the second-largest by discharge volume, and the world’s deepest river. The Congo river has the largest hydropower potential in Africa, with a feasible potential of 100,000 MW, of which only 2.5 percent have been exploited.

There are a total of 40 hydropower projects along the river, with 9 in the DRC. The two biggest developments are the Inga I (354 MW) and Inga II (1,424 MW). Even though both developments operate below capacity, they account for a big proportion of DRC’s installed capacity of 2,472 MW. The Grand Inga project, with a capacity of 40,000 MW, and additional investments in hydropower generation can generate adequate electric power for the African continent and open east Africa for energy intensive industries.

DRC as a member of the East African Community also means that the economic bloc now massages the Indian ocean on the east end and Atlantic Ocean on the west end. As an EAC citizen, I can’t help but imagine a high-speed train from the port cities of Mombasa and Dar es Salaam on the Indian Ocean to the shallow seaports of Matadi and Boma in the Atlantic.

The desilting and development of these shallow ports, coupled with a high-speed railway cutting Africa into half can create one of the most lucrative travelling, tourism, and trade zones in the world. A community of 300 million trading with each other is a sustainable pathway to the prosperity of EAC. Will the governments and citizens of this new expanded economic bloc seize these opportunities?

The EAC envisages an economic bloc characterised by increased competitiveness, value added production, trade, and investments. Economic prosperity can only occur in a region that is secure and politically stable and has sound legal and regulatory framework.

While there is an increase of regional integration in many regions around the world, the existence of laws that are contradictory to the protocol, lack of effective institutions for monitoring the establishment of common market protocol, and mistrust between partners continue to threaten the success of free movement of people and capital. EAC is no exception and has for years failed to achieve its promise due to persistent legal constraints. It remains to be seen whether the EAC partner states will solve long-standing issues revolving around harmonisation of trade policies to enhance trade.

The DRC remains on the brink of crisis. It is a country that has experienced humanitarian, human rights, and security crises for a better part of its post-independence era. Large-scale abuses by armed groups and the military forces persist, an aspect that has rendered millions dead and turned others into refugees. The government will have to establish legitimate control over the country and reform governance structures.

The opaque transfer of power from Joseph Kabila to Felix Tshisekedi continues to remind us of the weaknesses of democratic processes, a phenomenon that continues to fuel political and security crises in the Sahel and the Horn. The international community acquiesced to the Kabila-Tshisekedi deal-making owing to the realisation that a semblance of peace in the Congo was better than none, but there is still hope for reforms and legitimate democratic processes as the country prepares for elections in December 2023. A stable Congo is a prerequisite for effective cooperation with other member states, and the trigger for the full participation of the Congolese in actualising the EAC dream.

Outsourcing asylum seekers: the case of Rwanda and the UK