When the revolution is no longer revolutionary, but change is still needed
Advertisement 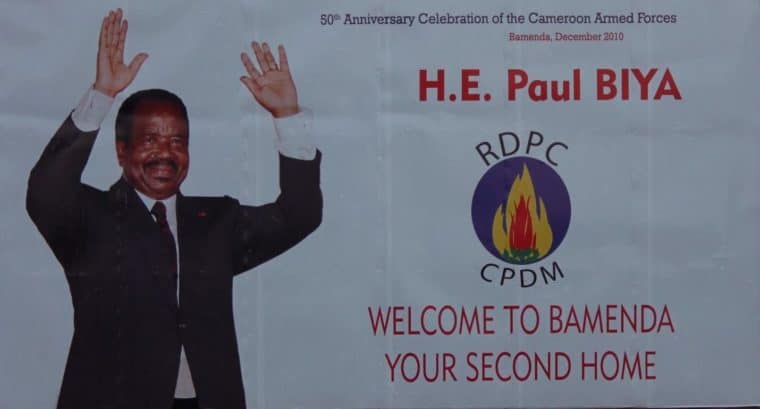 On 30 August 2017, more than 50 people who had been arbitrarily arrested in relation to the protests in Anglophone Cameroon were released after eight months in unlawful detention. These releases were understood to be an attempt by the government to ensure the effective resumption of schools in the Anglophone region for the 2017/2018 school year. But the paltry attempt came too late.

As the school year began, I found myself having disheartening conversations with relatives and friends over whether their children – my younger cousins, nieces and nephews – would be attending school this academic year, and whether they would be going to schools in the regions where their parents lived and worked.

So, when a friend from another country asked if all was well in Cameroon now, I tried to make it clear that all was definitely not well. How to explain that the protest  is still chugging along, although it is no longer clear exactly what we are protesting for or who we are being led by.

I try to describe our situation: We who live here in Cameroon, who have investments here, who love our country, who had plans for our lives, who grumbled but made the best we could of life under a 34-year-old regime, who believed more than anything in the need for a rational plan of action – we are all tired. We are all worn out. But above all else, we are stuck. We are trapped between two oppressors: the government that for decades has either brutally repressed or ignored our grievances, and a self-proclaimed ‘Struggle’ now being led by foreign-based radicals and their allies who are incensed by the government’s intransigence. We are each negotiating this dilemma as best we can because too few of us can agree that both sides are wrong, and fewer still are willing to stand together and determine a better course. Too many interests, too many fears, too many risks. And while we fret, our collective fate remains uncertain.

I refer to Khaled Hosseini’s novel The Kite Runner, in which Afghans celebrated the rise of the Taliban in 1996. I outline the similarity as I watched my people celebrate the remote-controlled leadership of ‘The Struggle’, who call themselves the Southern Cameroons Ambazonia Consortium United Front (SCACUF) as they elected leaders without disclosing who voted and declared strike actions without the input of the majority on the ground who still do not have access to social media. And how businesses in two regions regularly shut down for half a week because a handful of people, who now rule via Facebook Live and have zealots on the ground ready to burn out any opposition, ordered them to. And I tell my friend that I have wondered: How revolutionary is this movement characterised by dissonance and privilege and perfunctory thinking?

It has been 11 months since lawyers in the Anglophone regions went on strike. They do not go to the courtroom, but some prepare briefs for their clients to take to court and judges rule on the basis of these briefs. So, cases are being tried and lawyers still charge and get paid their fees.

It has been 10 months since teachers began their strike. However, by the end of February 2017, a good number of those working for state institutions – teacher training colleges, state universities, government secondary schools, etc. – had to return to their posts or face their salaries being cut. They resumed teaching, but the average size of their classes were a fraction of what they used to be as many parents, wary of violent boys storming campuses to enforce a strike they did not start, kept their children at home. By the end of the academic year, drained teachers in both the private and government sectors, those still on strike and those going to work, congregated to mark answer papers for the GCE examinations.

‘The Struggle’ is still being predominantly dictated by men ruling us from the comfort of foreign countries.

It has been eight months since the strikers in the Anglophone regions began declaring weekly ‘ghost towns’ as a form of protest. Every Monday and Tuesday for the first three months of the strike, all businesses were to be closed, all forms of transport – from motorbikes and taxis to inter-regional bus agencies – were to be shut down. Those who didn’t respect this would be burned down or face some similar casualty. After the people’s grumbling reached the online leaders of the strike, ghost towns were reduced to just one day a week – on a Monday. But the online leaders would occasionally demand a second day, if they felt that ‘we had to make a point’.

Markets that operated on specific days of the week (like Buea Town Market, which serves Mondays and Thursdays) and the often-struggling people who sell there, have lost half their weekly revenue. Businesses have had to adapt by opening on Sundays, and institutions have added to their expenditure by hiring additional guards to protect against fanatic protesters who have a penchant for arson.

By the end of January 2017 – two months into the 10-month teachers’ strike – middle-class Anglophone parents had to make alternate educational arrangements for their children. Those who could sent their children to Anglophone schools across the invisible Picot Line, which separates the country’s Francophone and Anglophone regions. These schools, with the same system that is being protested over, are now functioning better than ever within Francophone regions.

In the third month of their protest, government teachers and lecturers had to resume teaching. It is worth noting here that teachers in state institutions are by far better paid than those in private institutions. So the better-paid teachers returned to work and continued being paid despite the poor turnout of students. Their own kids, who had formerly been enrolled in private boarding schools, remained at home, where they were tutored by private school and PTA teachers, now cheap labor because they have been unable to return to school, as their institutions fear that opening their doors would lead to them being burned down.

And what of those who cannot afford home tutors, and the many who have no way to send their children to other schools in the Francophone regions? Oh, they are ‘a necessary sacrifice’.

Of all three these words, this may be the most suitable to describe ‘The Struggle’. Perfunctory: done as a matter of duty or custom, without thought, attention or genuine feeling.

Like my uncle, who wants to send his kids to school, but believes he is duty-bound to keep them home, as the government has yet to release all those who were arbitrarily arrested and continues to hyper-militarise Anglophone regions.

Like the ‘online leaders’, who continue to campaign for ghost towns and school boycotts as a way to force the intransigent government to give in to their demands for everything from federalism to secession (demands fluctuate with the mood) and the resigned people who go along with them.

Our protest is now ‘perfunctory’. This revolution looks too much like our norm to be thought of as ‘progressive’.

Nevertheless, we need a revolution. The Anglophone minority is fed up – as all of Cameroon should be after 34 years of mismanagement, abuse of power, corruption and repression. But will any change do? The question is: just how revolutionary is ‘The Struggle’?

While the middle-class and those in the Diaspora theorise about the ‘sacrifices that must be made for the cause’, the lower rungs of society are bearing a disproportionate amount of the fallout. The upper echelons fail to note that an unwilling sacrifice is no sacrifice at all, and that inequality in sacrifice is not revolutionary; in fact, it is pretty much the norm.

With the arrest of the union leaders and the lawyers who began it, the protest effectively became an exercise in distance leadership. Today, after the release of the trade union leaders, ‘The Struggle’ is still being predominantly dictated by men ruling us from the comfort of foreign countries, using foreign hospitals, and celebrating the graduations of their children from foreign schools while ours sit at home. Very similar to what our corrupt government authorities already do.

In a spirit similar to that of the Cameroonian government, ‘The Struggle’ does not welcome criticism: you are either for them or you are a ‘blackleg’, and woe betide you if the leaders declare you the latter – everything from death threats, defamation or even arson awaits you.

What we have now is a rebellion whose roots can be understood, which can be empathised with, but what we need is something more groundbreaking. A radical change in those we choose to lead us. We need more pressure on the politicians who claim to represent us and higher standards in those who claim to oppose this government. We need a transformation, in thinking, acting and being. That would be revolutionary.

Slum School is in Session