Why fewer Kenyan women are choosing or completing STEM courses 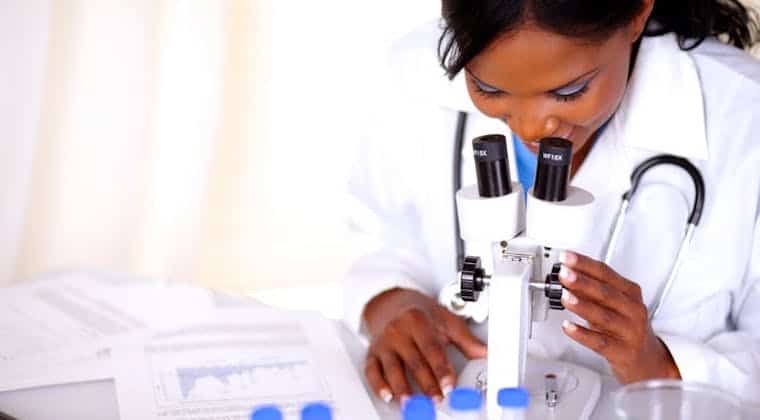 In Kenya STEM participation shows a clear gender disparity ranging from 30%-35%. Fewer women participate and even fewer complete their studies. In addition, their graduation scores are low compared to those of males. This is a situation true of both developed and developing countries.

The number of women earning university STEM degrees declines as they move through the educational ladder, a phenomenon referred to as the “leaky pipeline”. This can be attributed to the masculinity of the disciplines, stereotypes and associated prejudices.

The findings revealed that institutional and socio-cultural barriers contributed to poor performance of female students in these disciplines. These included gender stereotyping, sexual harassment and family responsibilities. Gender biases were not only revealed in inequality in enrolment and completion but also in policies that favoured male students in STEM disciplines.

Three public universities were selected for my study on the basis of their strong STEM orientation. Interviews were carried out with third-year female students and teaching faculty in STEM disciplines. Senior administrators in charge of gender policies were also interviewed to ensure fairness.

The study established that female students faced numerous challenges. Female students who became pregnant were subjected to penalties such as losing on-campus boarding privileges. This is significant because STEM disciplines are highly interactive and require students to spend more time on campus doing practicals and laboratory work.

None of the institutions have policies for ensuring nursing female students are retained within campus residence. They also do not offer child care programmes for nursing mothers who are students. This forms a barrier for female students who take longer to complete their courses compared to male students. Others are forced to drop out.

Over 50% of STEM female respondents indicated that female students have to balance their studies with family chores and childbearing. A majority (56%) of the female respondents agreed that venturing into STEM disciplines would negatively affect their job prospects whereas 13.0% disagreed. A higher number (58%) believed that pursuing STEM disciplines would hinder progression at work because of the perceived stereotypes related to STEM careers.

The sentiments were confirmed during the interviews and focus groups. There, six out of eight discussants concurred that venturing into STEM disciplines negatively affected their future life in terms of job opportunities, promotion at work, getting a spouse and family life.

The respondents agreed with the sentiment that stereotypes are transmitted through verbal language, content of curriculum and the general organisation of teaching space.

Most societies see female STEM students as intruders into a male domain. They are treated like outsiders, seen as masculine, misplaced and face rejection by family and friends. Yet there are rewards for those who dare: high ability women have more options than high ability men do. As authors Stephen J. Ceci and Wendy M. Williams write in their book The Mathematics of Sex: How Biology and Society Conspire to Limit Talented Women and Girls,

Women are far more likely to be equally talented in both math and verbal domains simultaneously, giving them more options to enter non-math fields than are available to men.

Equal access to scientific and technological knowledge and skills by women is first a rights issue, in as much as education is a basic human right. Knowledge and skills gained through the study of STEM facilitate efforts to eradicate poverty, achieve food security, fight diseases, improve education and respond to the challenges of society.

Empowering women can widen the pool of human resources available to drive development. So it is important that universities strengthen mentoring and role modelling for female students pursuing STEM disciplines. The government should also complement existing policy interventions, which begins with gender responsive mathematics and science policies at basic levels of education.

In collaboration with universities, the government should enhance specific financial aid programmes with clear policies that support female students from poor families. In addition to academic financial expenses, nursing mothers may require assistance to cope with non-academic pressures.

Afrocentricity: An Important Feature of the Pan African Tradition

Mandela My Life is a welcome tribute to a hero, but avoids difficult questions