Why is South Africa "not really Africa"?
Advertisement 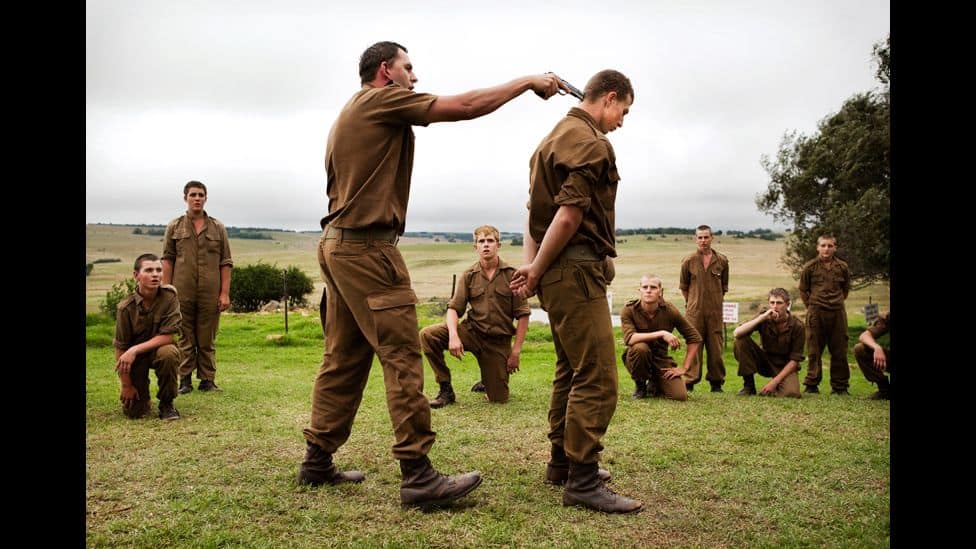 South Africa “not really African”? Are we only satisfied with a poorer, less developed Africa, or has Apartheid left a scar on the African continent which cannot be healed?

Complex history
Amongst other things, our African countries are a product of colonialism and conflict. As a result of our complex histories, there are misconceptions about our present respective situations. Apartheid and South Africa will not be separated, not from the history books and not from people’s memories, especially from the memories of other Africans.

The issue of race discrimination in an African country is something Africans can not and have not accepted as a problem of the past. An African country with a population that includes 4.6 million white people (9% of the total population) is not easily understood by the African continent at large. No other country boasts that high a figure (in Namibia it’s 6 – 7%, but people rarely think of Namibia) – again, a reminder of our varied complex histories.

Whenever there is a crime against humanity, it becomes hard to separate the past from the present and a lot of people suffer punishment for the crimes of their predecessors.

Apartheid ended less than twenty years ago and the effects can hardly dissipate in such a short time period. The caution regarding race-sensitive issues in South Africa is still heavy in the air. Affirmative action in both the education system and workplace continues to spark debate and create conflict between white and black South Africa.

‘Brothers’
When other Africans visit South Africa, they expect and assume that they will experience or witness racism. I recently had a discussion with a friend who visited Cape Town. He had been prepared for a barrier between himself and ‘white South Africa’, but what shocked him was the absence of familiarity he experienced amongst his ‘brothers’, black South Africans.

He felt they were uninterested and misinformed about the rest of the continent. Lionel Isaacs, a Johannesburg-based intellectual, points out that “…many black South Africans, because of the long history of Eurocentric education, have a deficit of knowledge about the rest of the continent, combined with mis-education about the rest of Africa, which was deliberately instilled by the Apartheid regime. They gleefully emphasized African missteps, as part of their psychological warfare against black South Africa to entrench African inferiority, and bolster the fictional case that the white minority should rule South Africa because black Africans are inherently incapable of governing themselves. Unfortunately some of this has been internalized by black South Africans.”

While there was a worldwide image of racial cohesion during the World Cup hosted in South Africa in 2010, people aren’t quite convinced that prejudice isn’t prevalent, especially when we see footage like the award winning documentary, Afrikaner Blood.

Free rein
The documentary highlighting former Apartheid major Franz Jooste’s training camp – where young boys are ‘trained’ to be racist – is not shocking in a world rife with racial discrimination. What is shocking to me is why there isn’t a no-tolerance policy applied to such racism. Regardless of the number of people involved or the scale of the issue, it baffles me that Jooste is allowed his freedom.

Anyone that can openly say “Aside from the aborigines in Australia, the African black is most underdeveloped barbaric species of the human race on earth” in a country of 40.5 million African ‘blacks’, shouldn’t even be allowed to remain in that society, let alone be given free rein to create future racists, especially in a country that owns the history of Apartheid, the history that no normal person wants to see repeated.

African success
I lived in South Africa for three years and I now often find myself having to defend the country to other Africans. The high level of development in South Africa is often used to support the argument to further disassociate the country from the continent. The international perception of “Africa” is often inaccurate, but so is our own within the continent.

When the criteria of hardship and poverty is associated with Africa by foreigners, it’s understandable. Frustrating but understandable. When it is assumed by other Africans, it’s truly disappointing. We should take pride in the success of our sister countries, but I believe the demographic breakdown of a white and black South Africa hinders us from perceiving those as ‘African’ successes. They are seen as a success from the white demographic.

Poverty and AIDS
I lived in a very ‘selective’ South Africa. My movements allowed me the safest experience, in more ways than just my own personal safety. It was a safety that allowed me to speak only English, to be in less crime-plagued areas, to experience cosmopolitan South Africa.

It’s the same safety most tourists choose when they visit our countries, the security of the familiar. It never paints an accurate picture of the good and bad that make up a country, just because you choose not to see it doesn’t mean it doesn’t exist. If poverty is a prerequisite for ‘Africa’, South Africa ticks the box. If AIDS is a prerequisite, South Africa ticks the box. But why do we need to tick all these boxes to determine what is real Africa?

Africans too, need to engage in the forgiveness, because this harbored resentment and anger creates and encourages an unnecessary separation of South Africa from the rest of the continent.

The definition of Apartheid in Afrikaans is apartness, separation.

Advertisement
Related Topics:South Africa
Up Next