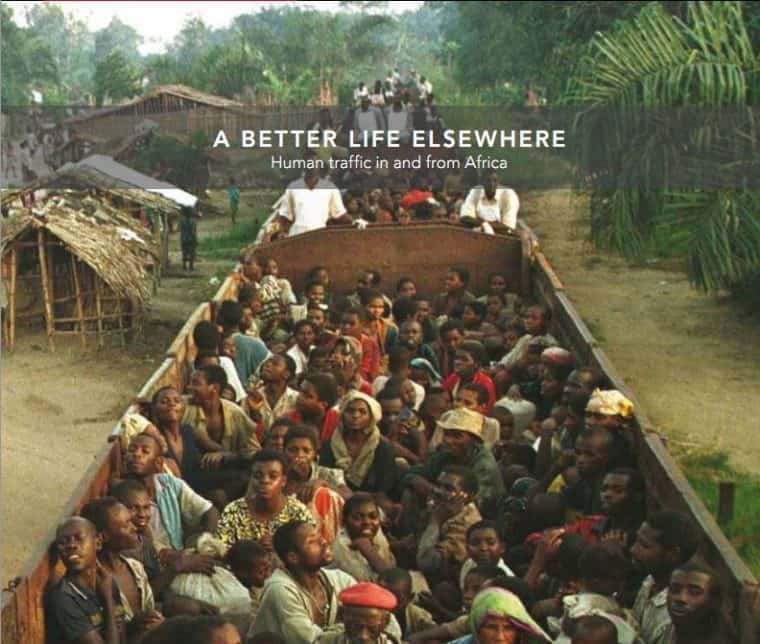 Yesterday was the World Day against Trafficking in Persons, a day set aside to raise awareness of the situation of victims of human trafficking and for the promotion and protection of their rights. This year, UNODC chose ‘act to protect and assist trafficked persons’ as the focus of the World Day.

The United Nations says human trafficking is a crime that exploits women, children and men for numerous purposes including forced labour and sex. The International Labour Organization estimates that 21 million people are victims of forced labour globally.

The International Organization for Migration (IOM) recently warned that the sexual exploitation of African migrants in Europe has reached disturbing levels.

“Over the past three years, IOM Italy has seen an almost 600 per cent increase in the number of potential sex trafficking victims arriving in Italy by sea. This upward trend has continued during the first six months of 2017, with most victims arriving from Nigeria,” the report said.

Just a few days ago, a 24-year-old South African woman was rescued from a suspected sex-trafficking enterprise in Malaysia, and is expected to return home to South Africa today. According to the Minister of Police Fikile Mbalula, the woman had been lured to Malaysia under the false impression that she would take part in a modelling competition.

Read: The thin line between labour exploitation and human trafficking

The case is similar to Kenya where there are reports that women are also lured with fake jobs and end up as victims of sex trafficking. This has been necessitated by corruption in sectors of the government perpetuated traffickers’ ability to obtain fraudulent identity documents from complicit officials
The Kenyan government reported 530 investigations of potential trafficking cases in 2016, of which 59 were for forced labour and 28 for sex trafficking.

Zimbabwe also learnt last year that about 200 women had been trafficked to Kuwait after being promised lucrative jobs. 128 women have since been returned to the country and more are expected back.

North of the continent, Libya’s Tripoli-based government recently asked Italy to provide naval support in fighting human trafficking in Libyan territorial waters. People smugglers operating with impunity in Libya have reportedly sent hundreds of thousands of migrants to Italy by sea since the start of 2014.

It is however important to note that African countries such as Angola, Botswana, Ivory Coast, Egypt, Ethiopia, Kenya, Lesotho, Malawi, Mauritius, Morocco, Namibia, Seychelles, South Africa, Tanzania, Togo, Tunisia and Uganda are reportedly making great strides to combat human trafficking although a lot still needs to be done. However, most African governments do not fully meet the Trafficking Victims Protection Act’s (TVPA) minimum standards and are not making significant efforts to do so. The Act seeks to combat trafficking by promoting a policy of “3 Ps”: prosecution, protection, and prevention.

The 2030 Sustainable Development Agenda embraces goals and targets on trafficking in persons. These goals call for an end to trafficking and violence against children; as well as the need for measures against human trafficking, and they strive for the elimination of all forms of violence against and exploitation of women and girls.

It is important therefore that we combat human trafficking by not only improving the state of our economies which have given rise to this ill but also making efforts to bring culprits to book ad empowering women and girls especially to be able to tell the difference between genuine opportunities and traffickers because there is a thin line.

Unlocking opportunities to scale up clean energy in Africa