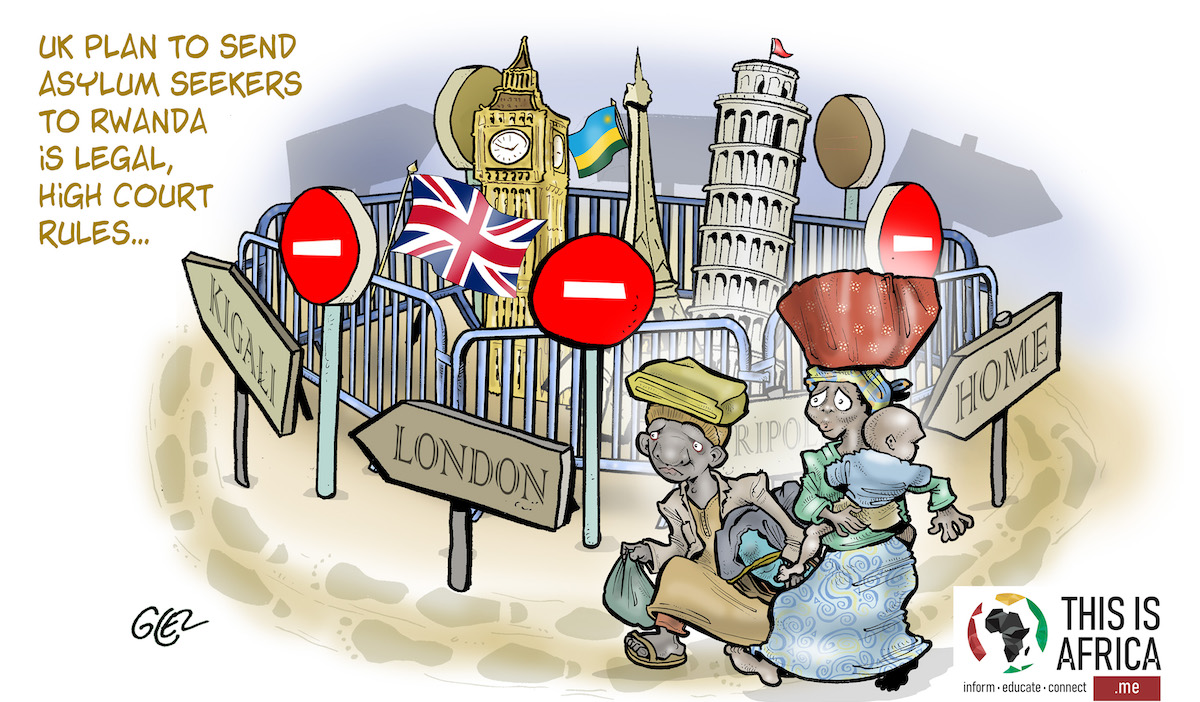 A plan by the UK government to remove asylum seekers to Rwanda is lawful, the High Court has ruled. The UK plans to deport asylum-seekers to Rwanda, where their claims would be heard and decided by Rwandan authorities.

Rights organisations are considering appealing against the decision.

“Transporting people thousands of miles away to Rwanda – a country with its own asylum and human rights challenges – is expensive, unjust and deeply cruel.

“Despite this ruling, the Rwanda scheme should be abandoned in its entirety – it’s a cynical distraction from the pressing need to radically reform the chronically failing asylum procedures, which are slow, increasingly chaotic and leave thousands of people stranded in limbo for years”.

On 14 April, then UK Home Secretary Priti Patel and Rwanda Foreign Affairs Minister Vincent Biruta signed a deal to send asylum seekers from the UK to Rwanda for case processing.

“UNHCR remains firmly opposed to arrangements that seek to transfer refugees and asylum seekers to third countries in the absence of sufficient safeguards and standards. Such arrangements simply shift asylum responsibilities, evade international obligations, and are contrary to the letter and spirit of the Refugee Convention,”

“People fleeing war, conflict and persecution deserve compassion and empathy. They should not be traded like commodities and transferred abroad for processing.”

Related Topics:featuredHuman rights Rwanda
Up Next