“The tribe is broken.” When Alan Paton first scribed those words in his novel, Cry, the Beloved Country, he was referring to the state of African people living in South Africa during the early days of colonialism. Men migrated to cities to find work, where they were beleaguered with social ills such as low renumeration and alcoholism, while elderly people and women generally remained in the more rural “Bantustans” where they were unable to fully utilise the land due to the migration of able-bodied men to the cities.

Where the Heart Is, Andrew Chatora’s second offering, paints the picture of a broken tribe. However, the tribe Chatora explores is the tribe of Zimbabweans who left the country in the early 2000s to seek greener pastures in the United Kingdom. Where the Heart Is details the lives of the Mupawaendas, a Zimbabwean family living in the UK and is told through the perspectives of characters: Fari Mupawaenda, the main character, Maidei Mupawaenda, his wife, Yeukai Mupawaenda, their daughter, and Letitia Johnson, an immigrant from Thailand whose path collides with Fari’s. Thus, Where the Heart Is, is reminiscent of Zadie Smith’s NW, a novel that also looks closely at working class England and is narrated by four characters The novel takes place in Milton Keynes and Zimbabwe, drawing the reader to the Mupawaendas’ dual identities.

While Chatora’s debut novella, Diaspora Dreams, dealt with the workplace discrimination faced by African immigrants in the UK, Where the Heart Is, is a more gritty novel as it captures darker themes such as the crimes that take place in the working class neighbourhoods where most immigrants live, the impossibility of finding dignified employment opportunities, human trafficking, and substance abuse among others. In fact, the very neighbourhood that Fari and Maidei reside in is darkened by crime. 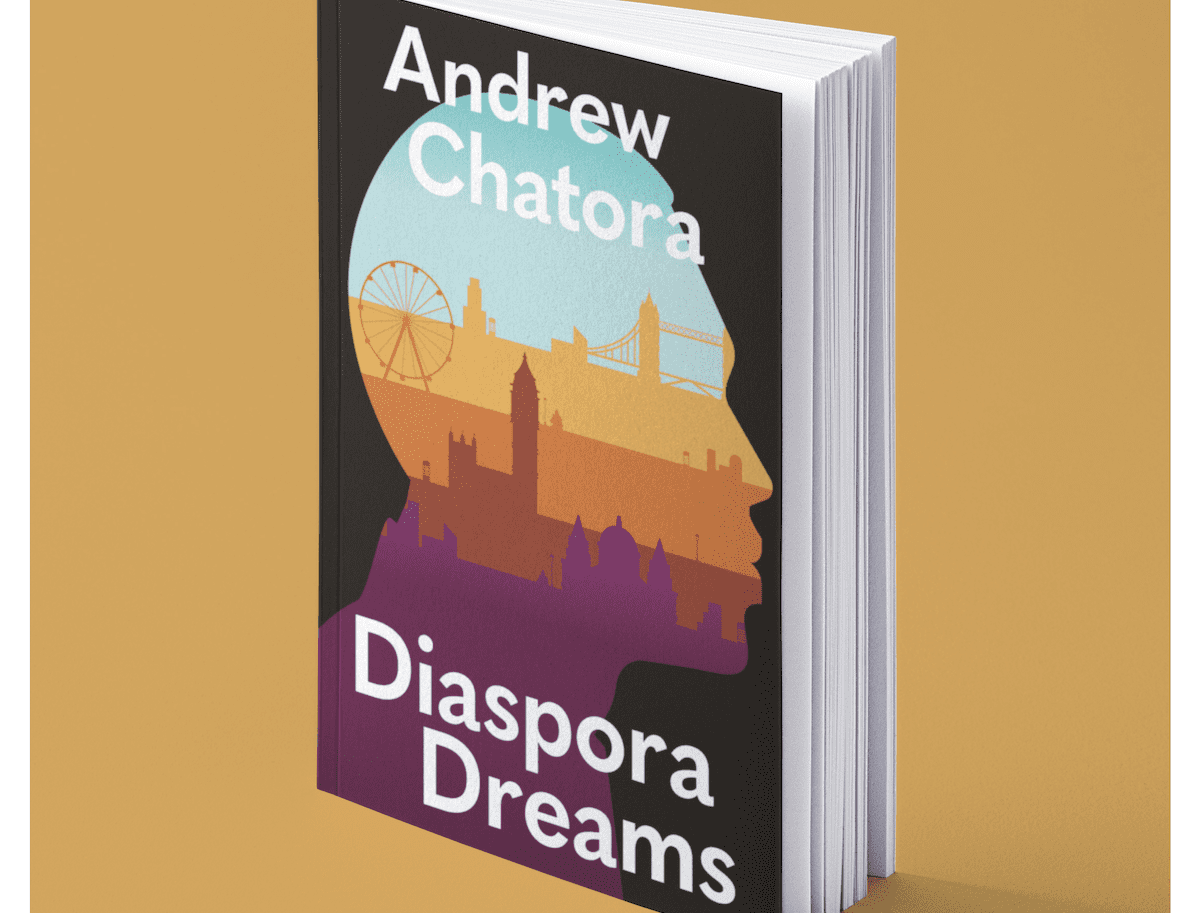 I had seen it far too often, in England, county lines, drug gangs grooming kids, sadly mostly young black children from broken homes, gun and knife crime were the order of the day and typified most inner-city ghettoes like London, Liverpool, and not least our very own Milton Keynes. It broke my heart each time I saw on the telly the perpetrators of these seedy juvenile crimes were mostly young, black kids. My skin recoiled in horror even thinking of this, no wonder I was overprotective of both my kids. ‘‘They need the harsh Zimbabwean upbringing and sensibility,’’ many atimes I remarked to a bemused Maidei.

The novel begins with the funeral of Fari Mupawaenda which is a dismal affair, despite Fari having been a family man who financially supported his relatives living in Zimbabwe while he was in the UK. Despite funerals being important rites in Fari’s ChiManyika culture, his nuclear family is not in attendance, sparking speculation and derision from his relatives. Thus begins the 200-page epic of how a well-educated man, living in the (so called) rich Diaspora, came to be buried with nothing to his name.

The bulk of Where the Heart Is, is told through the perspective of Fari who moved to Britain, along with his wife, Maidei, to secure a better living for his family.  Fari is stubborn and traditional, holding dearly to his romanticised memory of his homeland, for when he remembers Zimbabwe; it is his idyllic boyhood he pictures, even though he was an academic living in the city by the time he moved. His reminiscence is metaphorical as his wife increasingly assimilates to British life and culture, Fari is emotionally invested in Zimbabwe, secretly sending money back home to complete numerous projects and visiting the country at every chance.

Call me rustic, but as a young lad who had grown up in rural Gatsi district, herding goats and cattle, running barefooted skimpily dressed, experiencing the raucous laughter in the rain, walking to school barefooted the morning dew lacing my feet, playing hide and seek in the Msasa bushes; the allure of village life, cow dung smell, the chirping of the birds, the buzz of the grass insects, all these nostalgic memories greatly appealed to me. Never mind the bright lights of the city; where I moved in later years; the greater part of me still harboured notions of setting up my retirement home in rural Gatsi village, and so with this at the back of my mind; I secretly liaised with my nephew Gumisai, my sister’s son to oversee my project to have a borehole sunk at our Gatsi family homestead, where I had cut my teeth into puberty.

Unlike his wife and other immigrants in the book, Fari is neither able to cope with the xenophobia and racism directed towards African immigrants, nor ignore it.

Fari’s wife, Maidei, tries her best to change his way of thinking and this splinters their marriage. Along with the couple’s newfound friends, Ben and Taurai, Maidei tries to manipulate Fari to assimilate as she has. Ben and Taurai are another Zimbabwean couple that Fari and Maidei befriend, and they are a focal influence in Where the Heart Is, as Maidei’s incessant goal to keep up with them is a catalyst for the downfall of her marriage to Fari, and her constant comparison of Ben and Taurai’s twin daughters alienate her from her own offspring.

The Mupawaenda’s have a son, Muchaneta a closet homosexual, and a daughter, Yeukai, but it is Yeukai and not Muchaneta, who is the third narrator of Where the Heart Is. Yeukai’s upbringing is chaotic as her parents constantly quarrel. Like most second-generation immigrant children, Yeukai’s parents expect academic excellence from her, and ceaselessly compare her to Ben and Taurai’s daughters, Makanaka and Mazvita, who are studying Medicine and Actuarial Science, respectively. However, as in Njabulo Ndebele’s, “The Music of the Violin”, this pressure negatively impacts Yeukai’s psychological wellbeing. Thus, Yeukai counterproductively seeks solace in the arms of men who constantly disappoint her, much to the chagrin of her strict father and social climbing mother. Yet, despite his disappointments in his children, Fari is no saint himself as he spends his last moments questioning the values he arrogantly held dear.

A striking character in this novel is Letitia Johnson, an unfortunate victim of Europe’s well-orchestrated human trafficking syndicates, whose path crosses with Fari’s in the end. Although her role in the book, and in Fari’s life is short lived, her voice and her story are desperate and urgent, forcing the reader to consider the horrors of illegal migration:

I have been living a lie for the twenty years or so I have been in England, living under an assumed name and identity. But now, they are closing in on me now…

Where the Heart Is deals with heavy themes such as nationhood and belonging, human trafficking and morality. Fari Mupawaenda is a man who is rigid in his ideals of right and wrong and despite the remonstrations of his friends, is unable to bend these rules.  While Fari has no desire to assimilate Anglo culture, his wife and children assimilate to varying degrees. However, in their assimilation, they lose their moral centre – while Yeukai makes unfortunate life choices, Maidei descends into drug abuse as she is unable to cope with the mounting social and financial pressures of life in the UK where her support system is limited. Fari holds dear to the ideal of an unchanging Zimbabwe that is waiting for him, but even his country is unfaithful. Having lost his marriage and children, Fari leaves for Zimbabwe in great haste, where he discovers that his own relatives have squandered his money and every project, he puts his hands to fails him. Thus perhaps, the only way Zimbabwean emigrants can survive is by neither shirking off their identity entirely nor holding too dearly to it but finding a better balance between the two extremes.

Where the Heart Is, is also told against a shifting backdrop of Brexit era Britain where it is becoming increasingly difficult to live as an immigrant as Fari poignantly remarks in the denouement section of the text where he delineates some sad home truths:

But who am I? I’m just a little grain of salt in an ocean, that is the convoluted maze of the labyrinth that British immigration is and its pitfalls…Once more I apologize the UK system failed you, their failure to provide a safe haven and sanctuary to one who has endured and suffered exceedingly as in your case Letitia!

Perhaps it’s the poisoned chalice of Brexit after all which has turned fellow humans against each under the banner of xenophobia, bigotry and parochialism couched as patriotism and taking our borders back mantra, whatever the latter means. All this toxic culture fanned and promoted by a British right-wing press, a whining cesspit of misplaced outrage which only further serves to divide the nation along ethnic and race lines. God, haven’t we seen it all, the toxic xenophobia!

Chatora’s employment of several viewpoints allows the reader to experience the UK form different perspectives. However, unlike some novels in which different narrator’s paths converge at the end, Where the Heart Is, is really about Fari Mupawaenda’s life, and the voices of other characters drift in and out of the novel in the same way that people drift in and out of each other’s lives at various points in real life. In his second novel, Chatora is more liberal with language, using the Shona language more than he did in his first book. Where the Heart Is, is also chock full with braggadocios and con men such as smooth talking Simbarashe Chatikobo, the shifty immigration lawyer and Samaita, a self-proclaimed healer. Both provide an entertaining picture of the criminal underworld. All in all, Where the Heart Is, offers an unvarnished portrayal of the pressures that bear down on immigrant families, and how these pressures break the tribe, so to speak.