Koome is set to become Kenya’s 15th Chief Justice. Her name has been submitted to President Uhuru Kenyatta for approval, and the President will then forward the nomination to the National Assembly for vetting.

The JSC said Koome, 61, emerged the best candidate out of the ten applicants for the position. The announcement was made by JSC Chairperson, Prof. Olive Mugenda. 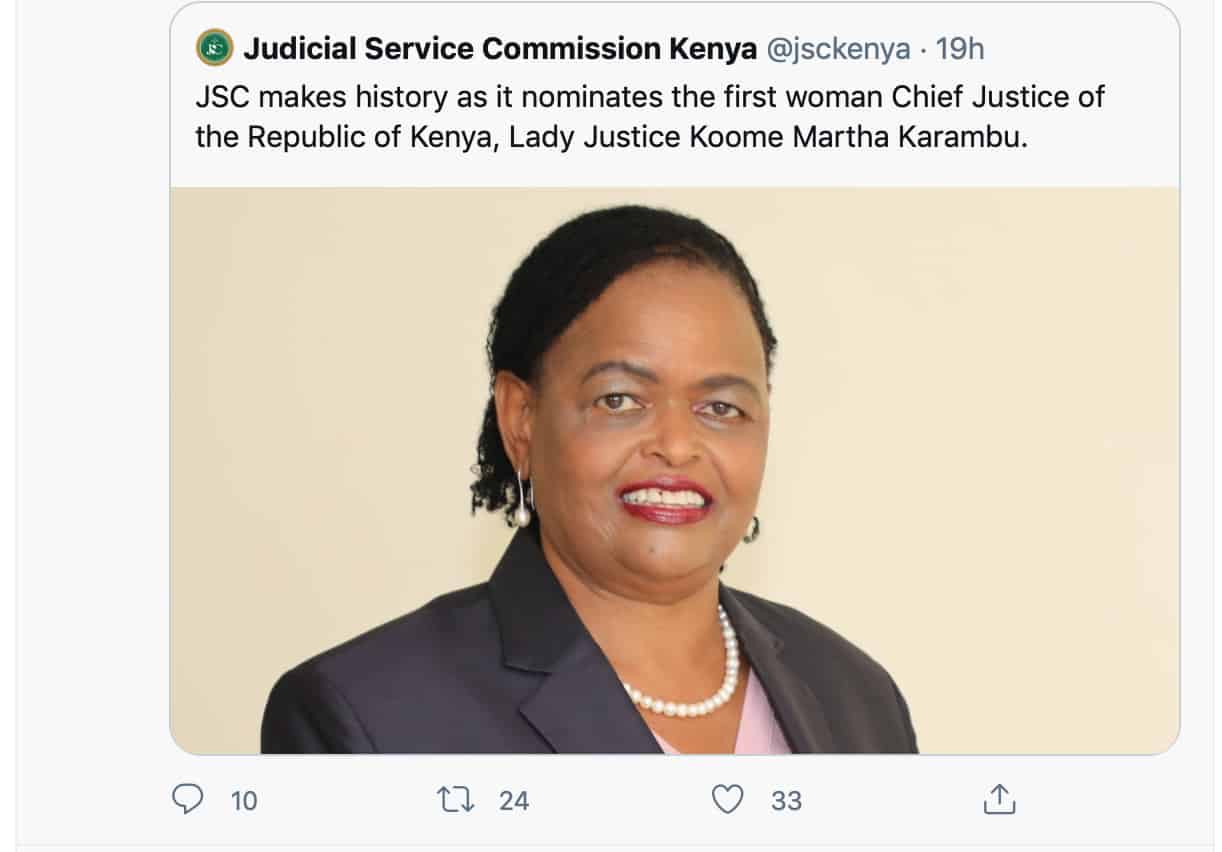 Commenting on her nomination Judge Koome wrote on Twitter, “I am deeply humbled and honoured by the @jsckenya  nomination to serve as Chief Justice.  In my new role, I will continue to zealously represent the interest of all Kenyans as I have always done”.

Speaking at the award ceremony, Cabinet Secretary Mucheru said, “Lady Justice Honourable Martha Koome has lent her high profile to champion children’s rights in the justice system, centred on children in conflict with the law and child victims. We all know that children are the future of our humanity and it’s comforting to know that out there we have an ardent champion for their rights”.