Standing at over six feet, wearing jeans and a sweater, Sarah Chan shoots hoops in Nyayo Stadium where Strathmore University and Kenya Ports Authority have just finished playing a basketball game. Familiar faces greet her, and old faces hug her. She’s played here before too. Currently she is the Raptors lead scout in Africa, a position she considers a privilege and honour to occupy. Her personal mandate is changing lives.

She tells This Is Africa she heard of the story of a South Sudanese girl who was just 15 years-old and was going to be married off. She had seen the picture of the girl and was convinced that she had found a great basketball prospect.  Chan took a flight to Juba, South Sudan the next day from Nairobi, Kenya, and convinced the parents of the girl to let her play basketball. A few days later, the girl was in a training camp in Senegal, training with the Raptors team there.

Chan, a South Sudanese native grew up in Kenya at a theological seminary. She started playing basketball there. In primary school, her athleticism didn’t go unnoticed. She would eventually enroll at Union University at Tennessee where she majored in History and minored in Political Science. Her Masters degree was at the United States International University (USIU)  where she would play a critical role in the basketball team. She studied International Relations, Peace and Conflict Studies, fueled by the war her country had gone through, she sought to understand what possible solutions she could offer. Chan played in Europe for over a year for various clubs, being relentless and passionate about the sport.

Read: Thando Hopa is the first woman with albinism on the cover of “Vogue” mag

Chan told This Is Africa how she met Raptors President Masai Ujiri. She was at home still trying to figure things out after she’d come back from Europe. She saw a Giant of Africa  (GOA) basketball camp was about to take place for kids and placed a call to one of the organisers she knew, offering her help to coach the kids. At that particular point in time, she didn’t know Ujiri or anyone of his associates and was just focused on giving her best. Ujiri would later ask her a few questions about herself, ambition and her goals, and she immensely impressed Ujiri and her work coaching youth and organising GOA camps stood out. Chan was then hired by Ujiri as a Raptors scout in Africa and basketball development associate. That was the remarkable beginning for Chan who currently travels round the continent finding talent for The Raptors.

Chan met former US President Barack Obama who was on a trip to Alego, Kenya to launch the Giant of Africa court built for Auma Obama’s Sauti Kuu Foundation Sports, Resource and Vocational Training Centre. Chan was part of the minicamp that took place involving 90 youths. She talked of meeting President Obama and how that changed the perception back in South Sudan of what she was doing. For some, they felt she was occupying a position a man should be in. For Chan, she is representing African women and girls from South Sudan who have always been told their place is in marriage and the kitchen.

The South Sudanese national has found her role extremely satisfying. The journey has indeed been rewarding for Chan, during her playing days she had some notable achievements to her name: a 2015 record holder at FIBA women’s Afro-club Champion All-Star in which she was the top rebounder and top scorer. Her story is truly inspirational and she is committed to the cause to bring the sport to young African girls, encouraging them to pursue their dreams, and tacking the scourge of childhood marriage. 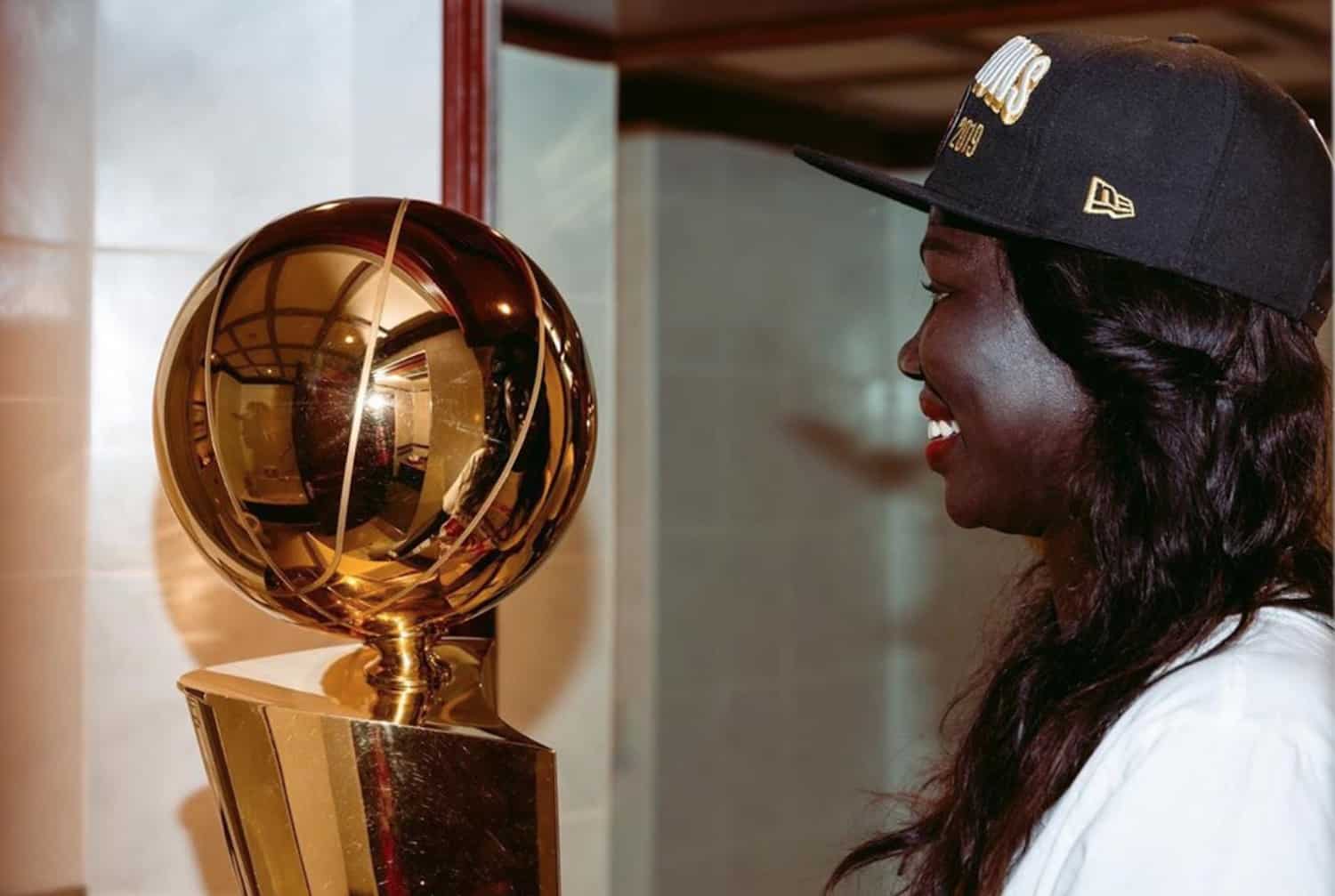