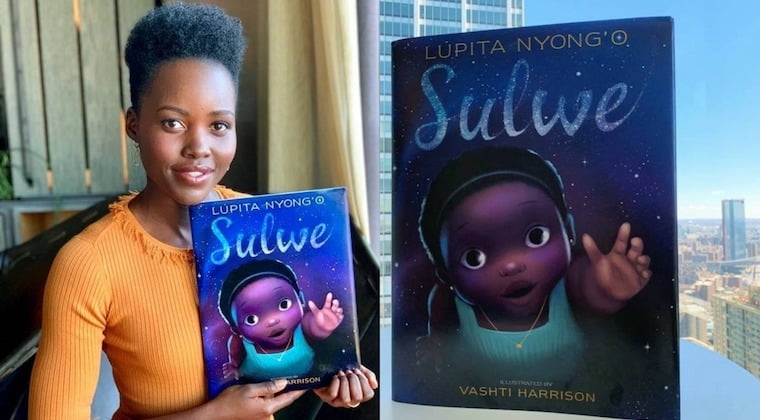 Lupita Nyong’o is now one of the most recognisable faces on the silver screen. Since she rose to fame her career has grown in leaps and bounds and so has her message of inclusion and self-love. Nyong’o has spoken openly in speeches and interviews about Western standards of beauty, colourism and her journey to accepting not only herself but her darker-toned skin.

In 2014 she told Glamour magazine, “European standards of beauty are something that plague the entire world—the idea that darker skin is not beautiful, that light skin is the key to success and love. Africa is no exception. When I was in the second grade, one of my teachers said, ‘Where are you going to find a husband? How are you going to find someone darker than you?’ I was mortified.”

“I’ve heard people talk about a change in the images of popular culture. That makes me feel great, because it means that the little girl I was, once upon a time, has an image to instil in her that she is beautiful, that she is worthy—that she can… Until I saw people who looked like me, doing the things I wanted to, I wasn’t so sure it was a possibility. Seeing Whoopi Goldberg and Oprah in The Colour Purple, it dawned on me: “Oh, I could be an actress!” We plant the seed of possibility,” she continued.

In the same year, in her speech at the Essence Black Women in Hollywood luncheon, Lupita spoke in the same vein, saying, “I remember a time when I too felt unbeautiful and my one prayer to God, the miracle worker, was that I would wake up lighter-skinned.”

“I hope that my presence on your screens and in the magazines may lead you, young girl, on a similar journey,” she said. “That you will feel the validation of your external beauty but also get to the deeper business of being beautiful inside. There is no shade in that beauty.”

She later told The New York Times, “I felt really grateful that [the speech] had this impact… And at the time it occurred to me that there was an audience that this was resonating with, but the age group that really needed to hear this wouldn’t necessarily hear the speech.”

Lupita’s solution to this was creating her children’s book, Sulwe, which targets preschool to third grade-level readers, or children in lower primary school.

‘Sulwe’ is a star

The book’s protagonist is a girl called Sulwe, which is the Dhuluo (Lupita’s native language) word for “star.” The synopsis, as it appears on Amazon, says: “Sulwe has skin the colour of midnight. She is darker than everyone in her family. She is darker than anyone in her school. Sulwe just wants to be beautiful and bright, like her mother and sister. Then a magical journey in the night sky opens her eyes and changes everything.”

Read: Women in positions of power could mark a turning point for Ethiopia’s girls

According to The New York Times, Lupita decided that delivering messages of self-love and acceptance via a children’s picture book would be especially impactful, because that is the time when “you learn all the things that you spend the rest of your life trying to unlearn”.

“Childhood is the time when you learn all the things that you spend the rest of your life trying to unlearn.”

“Sulwe is a dark-skinned girl who goes on a starry-eyed adventure and awakens with a reimagined sense of beauty,” Lupita wrote on Instagram. “She encounters lessons that we learn as children and spend our lives unlearning. This is a story for little ones, but no matter the age I hope it serves as an inspiration for everyone to walk with joy in their own skin.”

The book is illustrated by Brooklyn creative and author Vashti Harrison. Harrison has published several of her own work, including the bestselling Little Dreamers. She has also been involved in other monumental books, such as Matthew Cherry’s Hair Love, an upcoming children’s book that started as a short film project on Kickstarter and has since grown into a collaboration with Sony Pictures Animation.

“I promise this is real!” Harrison has said about Sulwe. “I’ve been keeping this secret for so long! I’ve had the incredible opportunity to illustrate this amazing picture book written by Lupita Nyong’o. Sulwe is a beautiful story that will inspire all readers to love the skin they are in and see the beauty that radiates from within.”

Nyong’o has created a whimsical and heart-warming story that will not only inspire children to see their own unique beauty but a lot of adults too.

The extraordinary world of Kenyan poet and author Khadambi Asalache