Six years since those agreements were signed, more than 40 such deals have been concluded with federations from across the continental, distinguishing Morocco as a leader in progressive foreign policy on the continent.

While Moroccan football is always looking for friends within the family of nations that play the beautiful game around the globe, it counts those that surround it on the continent amongst its closest.

“The choice to start with Africa was not by chance, because among the pillars of Morocco’s foreign policy, we find African cooperation,’ a revered football analyst says.

‘Since that date of 2015, the FRMF has achieved an ambitious policy of international cooperation. More than 40 partnerships have been signed in 2016 with African federations from all the sub-confederations of the CAF. A very large majority of these agreements have been extended in 2019, which illustrates the importance and efficiency of this type of partnership agreement.”

At the beginning of 2017 Morocco returned to the African Union, bringing to an end a 33-year hiatus from the continental body. While King Mohammed VI was credited for bringing the kingdom back on the continent in the political fold, few knew football would be a beneficiary of the kingdom’s improved diplomatic relations with the rest of the continent.

‘The institutional return of the Kingdom to the African Union, thanks to the visionary diplomacy of King Mohammed VI, constitutes a solid basis for the FRMF to decide to make this strategic choice to strengthen the international cooperation policy open to its counterparts in Africa,’ the analyst says.

The construction of sports infrastructure, the exchange of best practices, the training of technical and administrative staff, the hosting of training courses for the preparation of national selections, and also the arbitration or the organization of friendly matches between the different categories of national teams are some of the areas touched by the partnerships between Morocco and its fellow African collaborators. The development of infrastructure in particular is of extreme importance to the federation.

‘This international strategy of the FRMF is not only about signing conventions, but above all about carrying out actions on the ground to develop African soccer, and this type of action is now part of the FRMF’s DNA.  Indeed, FRMF has developed and supported soccer field construction projects, particularly in Burkina Faso (Ziniaré), where the project is finalized, but also in Sao Tome (Riboque), where the land is being finalized. Other land development projects are being rolled out or will soon be launched, notably in Djibouti and Togo,’ he said.

Since 2015, the FRMF has also been willing to walk the talk on actual football development, boosting the coffers of several federations with material support, including timely cash injections.

“This international cooperation can also take the form of financial support. For example, a first in the field of South-South cooperation was initiated by the FRMF, which has graciously made available to the Rwandan Football Federation (FERWAFA) more than $2 million from FIFA Forward funds, initially earmarked for the FRMF. This is a first and a model that we would like to see replicated more often in order to help even more federations get up to speed,” adds the analyst. 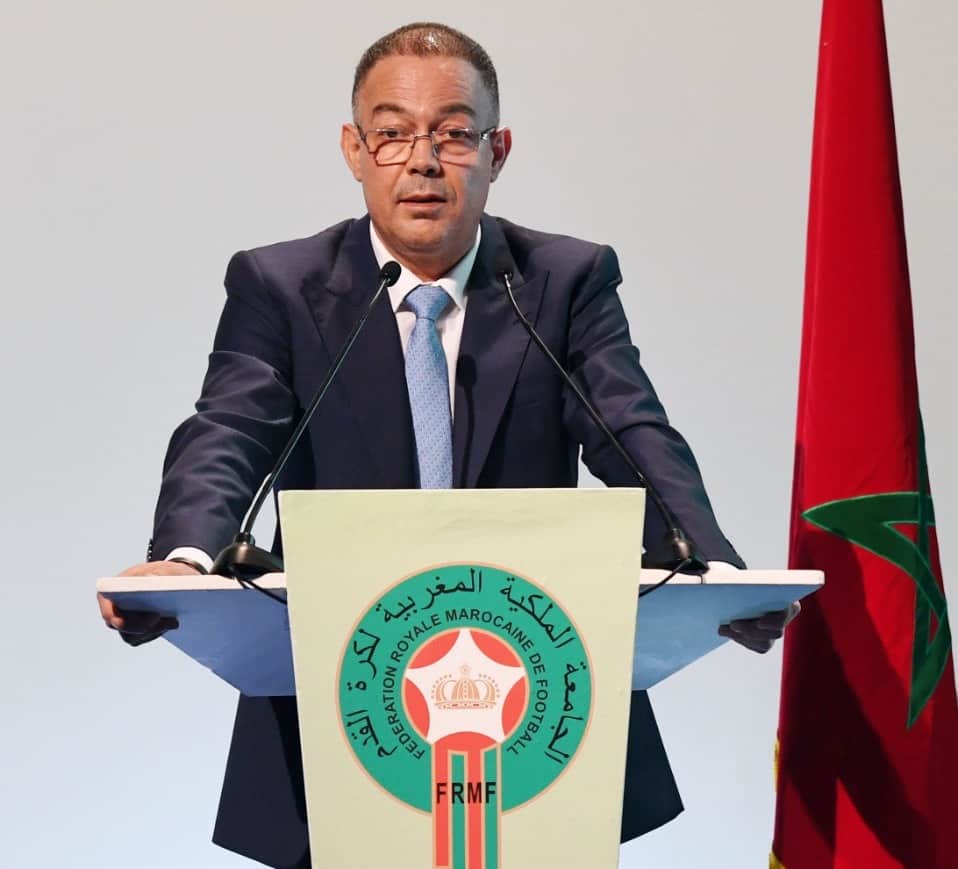 While financial support is crucial for the further development of the game on the continent as it improves the outlook of governing federations around the continent, direct support to the men and women that actually handle business of the field of play is just as important. It is for this reason that the Moroccan Federation has positioned itself as the heartbeat of the game in Africa, organising training camps and friendly matches for various nations. In fact, several teams prepared for CHAN 2018 in Morocco, while five teams that qualified for the CANU20 in Mauritania prepared in Morocco, including Niger, Gambia, Burkina Faso and Cameroon. Morocco also puts at the disposal of the African federations and their players it’s skills at the medical level, offering the possibility of treatment at the state of the art clinic of the Mohammed VI Football Complex.

Fouzi Lekjaa, the President of the FRMF, has spoken on the North African kingdom’s football federation’s desire to bring the game on the continent under one umbrella.

“We have allowed, we allow and will allow African national teams to come at the time they wish to pass internships and take advantage of technological developments and performance that exists at the Mohammed VI Complex because in any case the success at the level of our continent can only be collective and the evolution can only be collective,” he is on record as saying.

While the FRMF is determined to see the game improve on the field, it has also recognised that if the game can only get better if it is well organised and led from the board rooms.

“The FRMF is also active in the training of administrative and technical executives. A delegation from Djibouti, composed of future managers of the national soccer academy, came to Morocco in 2021 to further its training.

The FRMF is committed to the training of technical managers : to this end, the FRMF launched in March 2018 the CAF pro diploma training, the first session of which was open to 4 African coaches,” the analyst says.

The donation of equipment also falls into the federation’s larger strategy for the upliftment of football on the continent from the grassroots up to the highest levels.

“The FRMF’s huge projects, strategies, approaches and commitments on the continental and international level, which allow it to promote Africa and develop its soccer in accordance with the high guidelines of King Mohammed VI who places Africa in the priorities of his diplomacy and foreign policy.”