Rafiki, the Kenyan LGBTQI+ film with the law on its side 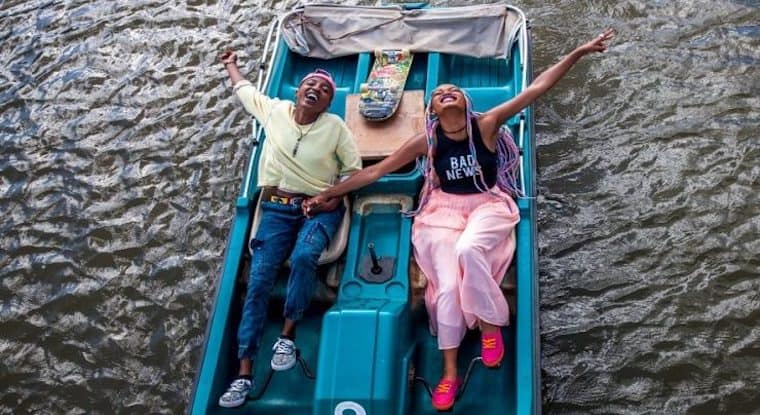 Rafiki, the highly debated coming-of-age love story of two young girls, was banned in Kenya by the Kenya Film Classification Board (KFCB) for “promoting homosexuality”. The board felt the film was “morally subversive” and would not allow it to air.

Wanuri Kahiu, the film’s creator and producer, went on to sue KFCB and its head, Ezekiel Mutua, over the ban, stating it was “contrary to the freedom of artistic creativity”. The ban was also a hindrance to the submission of the film to compete in the Best Foreign Language film category of the 2019 Academy Awards, known as the Oscars.

According to the Daily Nation the law suit also sought the following: the declaration of the Kenya Films Classification Guidelines 2012 as illegal, Sh8.5 million (about USD90 000) in compensation for the loss of the film’s projected theatre sales and for loss of sponsorship.

After deliberations, the Kenyan High Court temporarily lifted the ban for the seven days the film needs to qualify for submission – the rules stipulate that the film must be publicly exhibited for at least seven consecutive days at a commercial motion picture venue.

Giving her ruling, Justice Wilfrida Okwany cited Kenyan artists who have had to leave the country to seek asylum because their creations went against the grain of societal expectations.

The judge said the film’s depiction of the same-sex relationship has been “tolerable” to adult audiences in other countries where homosexuality is also taboo.

“I am not convinced that Kenya is such a weak society whose moral foundation will be shaken by simply watching a film depicting gay themes. Gay themes or the practice of homosexuality did not begin with Rafiki,” Justice Wilfrida Okwany told the courtroom.

“During the seven-day suspension period, the film shall only be open for viewing to willing adults,” she added.

Read: Rafiki by Kenya’s Wanuri Kahiu will be the country’s first feature film at Cannes Festival

I am crying. In a french airport. In SUCH Joy! Our constitution is STRONG! Give thanks to freedom of expression!!!! WE DID IT! We will be posting about Nairobi screening soon. Follow @rafikimovie

Great news: The Kenyan High Court lifted the ban on the film #RAFIKI and it plays for only 7 days making it eligible for Academy Awards submission! Run and go see it! Follow @rafikifilm for details! Great day for the creative industry in Kenya! Congratulations @wanuri!

As can be expected, Ezekiel Mutua is displeased with the ruling and took to social media to speak out against it.

It would be a tragedy and a shame to have homosexual films defining the Kenyan culture. That's not who we are and homosexuality is not our way of life

The gay Film "Rafiki" is funded by almost 30 foreign organizations. What foreign agenda is it pushing and why? Our next target will be these foreigners operating in Kenya to ruin our moral fabric. They should all be deported. Over to you CS @FredMatiangi!

The film "Rafiki" as an entity, is the least of our problems. Willing adults can watch it as long as children are not admitted in the screening. Our concern is the bigger debate around homosexual content and the insidious agenda by foreign NGOs to promote homosexuality in Kenya

Mutua also added in statement, “It is a sad moment and a great insult, not only to the film industry but to all Kenyans who stand for morality, that a film that glorifies homosexuality is allowed to be the country’s branding tool abroad.”

"The Board firmly believes that films should reflect the dominant values of Kenyan people".

So… we should only be watching films about corruption? pic.twitter.com/2OAh8NpPKx

Although Mutua issued a subtle threat to local cinemas to not screen the movie without the KFCB’s permission, the ruling overrides his directive and so far one cinema has taken on the daunting task.

Despite Mutua’s vehement protests, the public has taken to the cinema to watch the movie that has put Kenya on the map cinematically. The cinema is also unlikely to regret its decision to screen the film: After the screenings were advertised, This is Africa confirmed that one whole day sold out in hours. The opening day was teeming with movie goers clamouring for tickets.

Good morning! I’m at Prestige Plaza in Nairobi, the only theatre showing #Rafiki in Kenya. It’s just after 10am, and this is the situation ahead of the first showing – lots of ppl trying to get tickets: pic.twitter.com/BZl2xcksSb

In addition to the overwhelming support for the movie, Kenyans could not help but mock KFCB:

I watched #Rafiki and I'm disappointed it hasn't changed my sexual orientation yet. I thought it was part of the contract?

Sec 3(a) After watching the movie you shall be a victim of the gay agenda.

30 mins into watching #Rafiki and there’s no sex. Not even kissing. I want a refund.

What will happen to Ezekiel when 7days after the screening of Rafiki, there isn’t a ‘spontaneous gay epidemic’ in Kenya? Imagine the shock & horror at discovering that adults can infact regulate their own thoughts + being gay isn’t communicable by watching a film. Imagine 😂😂 pic.twitter.com/rxOzqxgAub

Anyone near Ezekiel [he blocked me, thankfully]? Is he okay?

Is the pornstache okay? Is he worried we will all watch #Rafiki and lose our morals and ruin the country? Is he worried it will trigger a Lesbian Revolt on the proper and Christian state that's KE?

The public also remembers when Mutua supported the movie when it was beneficial to the board, before the creators declined to remove a scene from the movie at his behest.

Easy E is inside if there's a trip involved.

He was the No. 1 fan of Rafiki & Wanuri when it involved a trip to Cannes. pic.twitter.com/epeZnzY6Al

Whether or not the film is palatable to all, the freedom of artistic expression has won over the unrealistic and heavily biased outlook of the KFCB and many people are rooting for the film in the upcoming Oscars.

Meskel: The festival of daisies marks the finding of Jesus’ cross

South African schools to teach Kiswahili as a second language