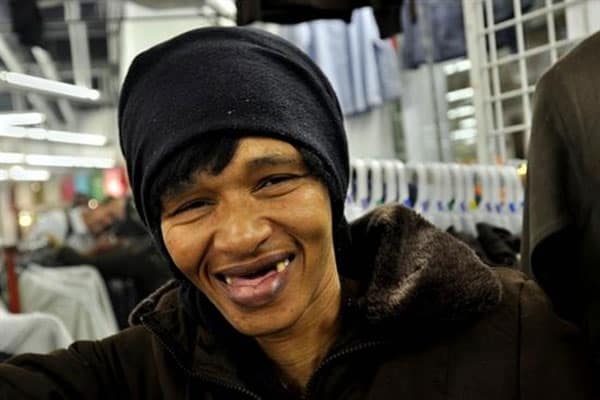 The passion gap practise or Cape Flats Smile is so pervasive in South Africa, particularly amongst the coloured community in the Western Cape yet its origin remains relatively unknown to many. The motivation for having it is also a matter of public debate.

The phenomena which is a form of dental mutilation or modification, involves the deliberate removal of a person’s front incisors for varied reasons which range from removing the teeth as fashion statement and as an identity marker.

According to research, Southern Africa “has a long history of dental mutilation in the form of dental chipping and of intentional removal of anterior teeth”. However, the historical development of this practice has not been well documented in South Africa. There are claims that Cape Malay slaves would deliberately remove their teeth to “take back control of their bodies”, while others believe “slave masters removed their slaves’ teeth to prevent the captives from biting through their ropes when they were tied up at night”.

While these claims are just but unsubstantiated folktales, there are only a few academic studies which have been conducted which have sought to understand the practice.

A study conducted by University of Cape Town lecturers Dr Jacqui Friedling and Professor Alan Morris found the reasons for tooth extraction to be peer pressure, as fashionable, for medical or accidental reasons and because of gang influence.

“I think it was initially a form of identity. If you look at the coloured people they are a ‘hodge podge’ of everyone that came in, they couldn’t claim any of those ancestries of their own,” said Friedling. For some, the practice thus functions as an identity signal that may serve to validate group belonging.

Another study by Morris notes that for some people the removal of the front teeth acts as part of a rite of passage into adulthood.

It’s interesting to note that one of the most enduring claims about the Cape Flats Smile is the removal of teeth for sexual reasons to enhance kissing and oral sex, hence the term ‘passion gaps’. There is however no compelling evidence to support this claim yet people still continue to get the passion gap for that reason.

In terms of the politically correct or appropriate name, Morris believes the “socio-sexual” theory, reflected in the name ‘passion gap’, is wrong and insulting. The term ‘Cape Flats Smile’ “is recommended as a more appropriate and respectful term for the phenomenon”, Morris notes. Despite the perceived undesirable undertones, the term remains ubiquitous in the media as the practice continues to be popular.

Related Topics:BeautySouth Africa
Up Next