Beryl Thal, the epitome of loyalty and staying power 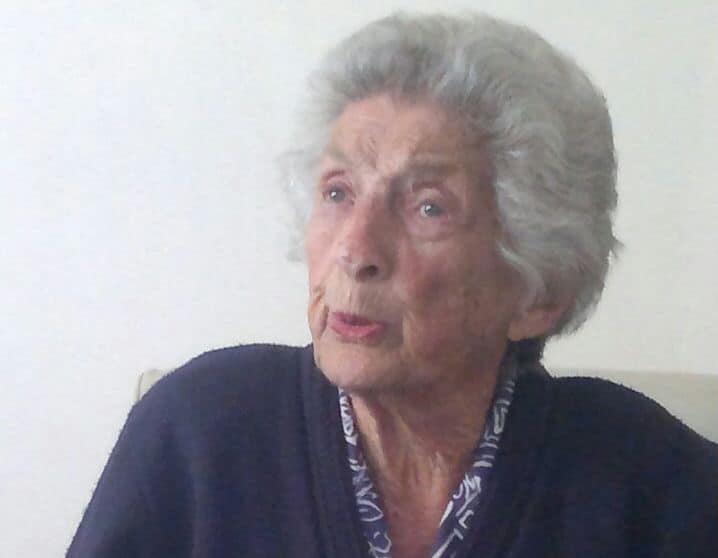 Who is the oldest and longest-serving member of any sporting or social club in the world? That answer is not known, but Beryl Thal from Zimbabwe would certainly be one of the frontrunners in such a contest. Thal is a founder member of the Wingate Park Golf Club in Harare and has been active at the organisation since its formation 64 years ago. And what of her own age? Beryl Thal is 96, just four years away from joining a special club of this southern African country’s centenarians – and she is still going strong. She is fit enough to haveplayed golf until last year, and she still takes her dog for a walk every day around the beautiful National Botanical Gardens close to her charming house in Harare’s posh suburb of Alexandra Park.

“I think I’m the oldest founding member. There might be some I’m not aware of. I don’t want to put my foot in it. At my age, a lot of things are ‘I think, I think’.”

Thal also likes to spend time chatting with friends at her beloved Wingate Park, which was founded by the leaders of the British colony’s Jewish community in response to being denied membership at the city’s leading golf clubs in a clear case of anti-Semitic racism in the then Rhodesia.

Hers is a life well lived; the kind of life that can only be achieved through certain special human qualities and traits. Talking to her, it becomes clear that humility is one of those qualities.

“There are a lot of living founding club members, but not around here. There are not a lot of Jewish people left here,” Thal tells This Is Africa in the comfortable sitting room of her beautifully manicured home in one of the Zimbabwean capital’s most attractive neighbourhoods. “But I think I’m the oldest living founding member. There might be some that I’m not aware of; I don’t want to put my foot in it. At my age, a lot of things are ‘I think, I think’.”

Wingate Park Golf Club was formally established in 1951 as a nine-hole course, developing into 18 holes some years later. Beryl, a Bulawayo-born lass who had moved to the capital city, Salisbury, with her parents, was taught the game alongside other young women by an enthusiastic Wingate Park-based female golfer, the late Ruth Joelson. “She had the patience to teach a lot of us newbies; ignorant girls,” Thal says, adding, on reflection, “Yes, we were girls then!”

Although a ‘mediocre’ golfer in her own unassuming view of herself, Thal represented the club’s ladies team for many years and helped it win several accolades over the decades. Later in life, she continued to play friendly golf at the club, whenever time permitted.

“My last handicap was 14 – a mediocre golfer, I would say,” she says self-deprecatingly. “I just enjoy the game, the company, the walk and the trees.”

Wingate Park was a multi-purpose sporting facility at its inception. Leslie Thal, Beryl’s husband with whom she has recently celebrated a 60th marriage anniversary, was a top cricket player for the club.

Beryl’s hearing has deteriorated noticeably, but her mind and speech are still remarkably sound, despite her typically modest self-assessment suggesting otherwise. She strikes one as quite an easy-going, simple and humble old lady who picks her every word carefully and is stubbornly concerned about the impact on people of whatever comes out of her mouth.

She has fond memories of the formative years at Wingate Park, which is situated near the Pomona dump site in Harare’s western suburbs, and it is a place she still drives to often to perform her duties.

“Golf came first, but eventually the whole club consisted of good bowling greens, tennis courts and a swimming pool. The original club house is still there and is now occupied by the professional golf teacher, Mr Lewis Muridzo. It’s a pity the bowling greens are now non-existent.”

Asking Thal to name her most memorable moments as a Wingate Park member is like forcing her to pick a favourite between her children. She replies: “There really isn’t one I can think of. All the memories have been good ones.”

Home to one of Zimbabwe’s most respected black golf personalities

Wingate Park is still proud of its Jewish origins, although the likes of Thal prefer not to talk much about the circumstances of the club’s formation, which is now proudly multi-cultural and multi-racial.

Lewis Muridzo Snr, the resident pro, is one of Zimbabwe’s most respected golf personalities. He is the father of the late Lewis Chitengwa, who famously beat Tiger Woods in 1992 to win the Orange Bowl in Florida, United States, when they were both still amateurs. Sadly, Lewis Jnr, then a rising star in world golf, passed away in Canada 15 years ago, at the age of 26, after falling ill during a tournament. He learnt to play golf at Wingate Park, and Thal remembers him as “a fine young man and one of the best golf talents I’ve ever seen”.

Lewis Muridzo Snr, the resident pro, is one of Zimbabwe’s most respected black golf personalities. He is the father of the late Lewis Chitengwa, who famously beat Tiger Woods in 1992 to win the Orange Bowl in Florida, United States, when they were both still amateurs.

The club was named after World War II veteran Major-General Charles Wingate, a Jewish philanthropist who started Wingate clubs around the world, many in British military bases, providing meals, drinks and leisure facilities.

“He was a fine gentleman who supported what was right and did not support what was wrong,” says Thal of Major-General Wingate.

While we have made much of a club membership that has lasted for 64 years, 96 years of life is a story worthy of its own script. But of this Thal can only say: “I cannot explain what has made me live this long. God has blessed me with a long, good life.”

Are we too obsessed with sexual performance?