The Punishment Island where pregnant girls outside wedlock were abandoned 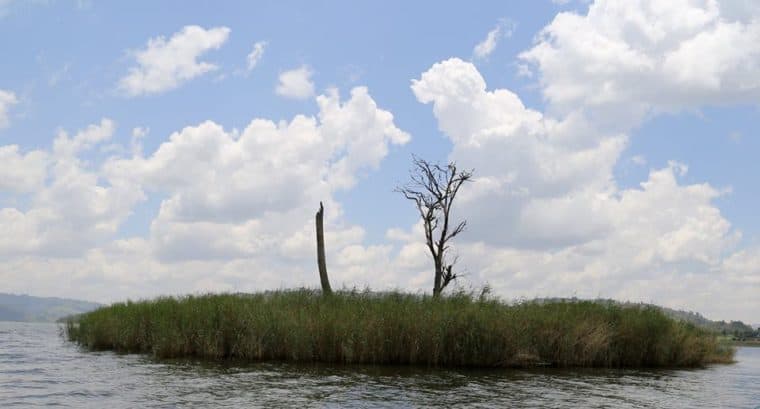 The consequences of pregnancy outside wedlock in many African communities often comes with severe punishments. Virginity has always been considered a serious part of the lobola/dowry negotiations.

In some communities, if the girl wasn’t a virgin, she was returned to her father’s house. The family would in turn be forced to return the dowry.

The Abakiga people, also known as people of the mountains, live between northern Rwanda and southern Uganda. A young woman could only get pregnant after marriage. The price a virgin brought to the family, in form of livestock was usually high. For an unmarried woman to be pregnant, it not only brought shame, but also reduced the price of dowry. For such families, one of the ways out was to take the pregnant girl to akampene, the punishment islands where they would be left to die.

The island, found on Lake Bunyonyi, which appears on Uganda’s 5,000 shilling note, became a dumping ground for young pregnant unmarried girls. Most of the girls died of hunger. As at that time, many of them couldn’t swim. In some cases, a man without cows to pay the bride price could go to the island and pick up a girl. The lake has 29 islands and it is the second deepest lake in Africa.

According to the Daily Monitor the island could soon be submerged with water. Many say it’s the spirits of the girls dumped there that is punishing the island and eating the island away.

One of the survivors of the Punishment Island, Mauda Kyitaragabirwe who still lives close to the island and is said to be the last survivor of the Punishment Island told her story to  the BBC. She was around 12 years old when her parents discovered she was pregnant. She was rowed to akampene by her brother who then left her. Surrounded by nothing else other than water, she stayed there for four days, hungry, crying and almost dying. On the fifth day, a fisherman came and took her home to be his wife.

When the man, James Kigandeire, offered to help her, she thought it was a trick and was sceptical. She told the BBC, “Oh, he loved me! He really looked after me. He said: ‘I picked you up from the wilderness, and I am not going to make you suffer’. We had six children together. We stayed in this home together until he died.”

Lake Mutanda was another place where the Punishment Island existed. Old people that had no one to take care of them were also left to die on the island. This is a cave with skeletal remains since the 20th century. Photo: Facebook/ Twende Expiditions lt

This practice of taking young pregnant girls to the Punishment Island continued into the 19th century, when it was outlawed by colonialists and missionaries. But this was not the only form of punishment meted out to pregnant unmarried girls in that region.

Kisiizi Falls was another destination where young pregnant girls were escorted by their brothers or father and thrown down the cliff to their death. This practice continued until a time when a girl, as she was led down the cliff, pulled down her brother and father with her. That was the end of the practice. Some communities tied the girls to a tree and left them to the mercy of wild animals. Unlike the Punishment Islands, the Kisiizi Falls had no known survivors.

Related Topics:InequalityUgandaWomen’s rights
Up Next

2017 Harare International Festival of the Arts roars into life

Remembering the 18: The Lost Chipolopolo Generation