Do Wives Have to Submit to their Husbands?
Advertisement 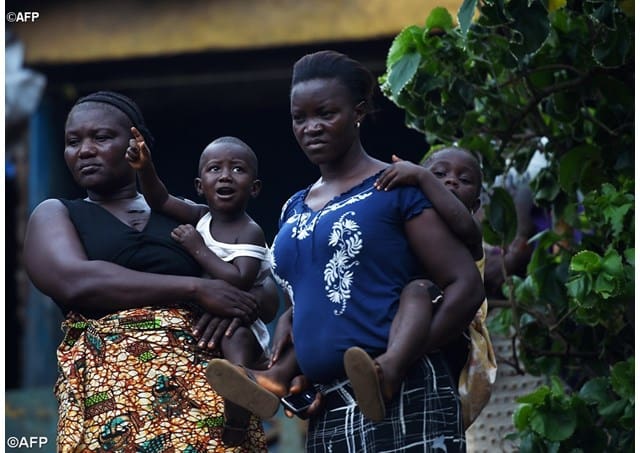 To many Ghanaian Christians, the following quote represents a blueprint of the divine rules of marriage and is, undoubtedly, one of the most controversial and most misunderstood quotes in the Bible. And this controversy all stems from the use of the word ‘submit’.

22 Wives, submit yourselves to your own husbands as you do to the Lord. 23 For the husband is the head of the wife as Christ is the head of the church, his body, of which he is the Savior. 24 Now as the church submits to Christ, so also wives should submit to their husbands in everything. 25 Husbands, love your wives, just as Christ loved the church and gave himself up for her 26 to make her holy 28 In this same way, husbands ought to love their wives as their own bodies. He who loves his wife loves himself.  33 However, each one of you also must love his wife as he loves himself, and the wife must respect her husband.

Six misconceptions about the word ‘Submit’

Fueled by what I would like to call ‘selective understanding’ of that very famous quote, the following misinterpretations of the word are inevitable:

Under these fallacies, paraded as religious beliefs, under the false notion of divine proof, yet another prison has been built and fortified for women and their supposed roles policed. Acting on this fundamentally flawed understanding of what submission means, it is established that women are naturally inferior to men. Once a superior or authority figure has been established, an inferior is also established to complement the superior. What makes this more difficult to fight against is the religious factor; all reason seems to stop when a person’s religious beliefs are questioned.

Genesis Chapter Three has been the noose on which all women have been hung. In that chapter, our shame and “grave sin,” which brought a curse to all of humanity, is documented. And this chapter is a common reference point in the discussion about the need for women’s submission.

In this chapter, Eve is seduced by the serpent to disobey God and, thereafter, she forces Adam to sin in turn (seduction is not out of place here). God banishes humanity from Paradise and humanity is cursed to lose our place in paradise.

Image: Peter Wenzel’s Adam and Eve in the Garden of Eden

Some interpret this story as the consequence of what happens when a woman oversteps her boundaries and takes a leadership position when that was the man’s divine right. Eve stole Adam’s leadership, thereby bringing about the fall of humanity when she should have just submitted to his will. Eve’s sin has continued down the line to (curse) all women, thus women carrying this burden of guilt, are inferior to men and must submit to a higher authority. An article I read online took this many steps further and concluded, ‘Women use many tactics to try taking control of leadership, including nagging, deception, and manipulation. This always results in sin and often, sorrowful consequences (Genesis 27).  When a woman resorts to these tactics, she is trying to usurp God’s good design of relationship roles.’

This interpretation of the story of Adam and Eve and the Fall from Paradise has provided many a ‘divine’ reason why the woman should be blamed for sin entering humanity.

For a non-Christian, this is a classic case of a favorite folktale told enough times with enough fervor to become myth to become legend to become historical fact.

I have had Christian friends try to ‘soften’ this hard blow with all sorts of arguments. One argument suggests submission doesn’t mean a woman cannot ‘encourage’ or ‘counsel’ their husbands in the right direction while ‘acknowledging his leadership’.

And my personal favorite: ‘really, when a woman submits to her husband, she’s actually submitting to God. There will be times when her husband may not deserve it from a human perspective, but by divine right, God set the man as leader and a woman can trust that God is good’. And with that argument anyone who fears to offend or question the authority of God is silenced! But in your silencing you can still hope for retribution in the afterlife if your husband has been wicked. What about a joy-filled marriage right here on earth instead of wishing he rot in hell throughout your marriage?

I personally find it incredibly hypocritical how a Christian, a disciple who strives to be ‘Christ-like’, would so easily believe the logic of the superior sex over another. Even more disgusting is seeking a divine reason to justify the injustice!

The Jesus Example of Submission

Submission is giving your whole being to someone else and expecting nothing back in return. It is recognizing that person’s life as important as yours is to you. To truly love a person is to be willing give all of yourself to that person, and live together with that person in the beauty of compromise, team work and understanding. One complements the other, none is above or below the other; both husband and wife submit to each other in love. In the extreme, you will be ready to give your life if you had to, to save this person. Submission is the highest, yet the hardest form of respect to give because it requires a huge compromise, not of an object in negotiation, but of one’s person and being. And this kind of submission can be given if only there is love.

Image: The Sermon on the Mount by Carl Heinrich Bloch

This is the submission Jesus Christ exemplifies in the Bible. He had no notions of ‘what he must do’ or who he ‘must associate with.’ He hung with the tax collector, saved a prostitute and allowed her to touch his holy feet and ate with ‘sinners.’ In his eyes, everyone was equal. Everyone was equally deserving of God’s love. All these people he loved and he loved so much he sacrificed his life for in the ultimate expression of submission. Submission in love to a cause: saving humanity from sin.

But this ultimate expression of submission as exemplified by Christ has been interpreted as a distortion of the real thing. Modern Christianity has been pervaded by a judgmental, finger-pointing, hell-prescribing, role-entrenching understanding of submission, and Jesus’ example has become a mirage, a beautiful example of something that we can never achieve.

So whereas submission can be interpreted as the highest form of love, it’s been warped into meaning the exact opposite to become a tool of hate, and used to oppress womanhood. Jesus Christ sacrificed his life for the lives of humanity in submission to the love he felt for God’s children. An example of submission between husband and wife couldn’t get any better than that.

Advertisement
Related Topics:Marriage
Up Next