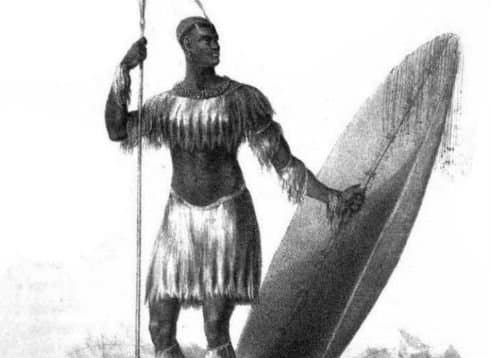 We share some of the known and lesser-known facts about the Zulu king.

1. The name ‘Shaka Zulu’ was created by white settlers. He was known as uShaka kaSenzangakhona.

2. He was essentially a mama’s boy. He was very close to his mother Nandi, the daughter of a Langeni chief.

3. He was an illegitimate son who took the crown, rather than receiving it by birthright.

4. Shaka killed many of kinsmen as a sacrifice to mourn the death of his mother, he was ruthless and beset with grief after his mother Nandi’s death in 1827, crop planting and milk production was banned.

5. He never attacked people of the San/Khoi tribes, for some inexplicable reason.

6. Shaka founded the Zulu Kingdom, before his reign there were many Nguni tribes occupying what is called KwaZulu Natal. Shaka strengthened his own tribe and started conquering neighbouring tribes through war and diplomacy.

7. Shaka had few friends and confidantes: Ngqengelele was one of Shaka’s few close indunas and confidant. Zulu kaNogandaya, was also a close friend of Shaka, who had fought for the Zulu army and commanded a regiment (uMwanqa) in Shaka’s army.

Traditional uvulectomy: one of Africa’s most curious medical and cultural practice

Was Mahatma Gandhi a racist?