“You Can’t Sit with Us (Yet)”: Age Privilege in the African Feminist Movement 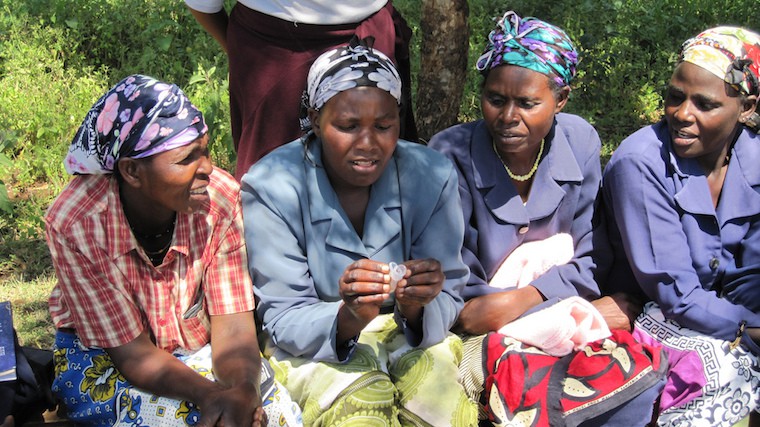 I grew up the youngest in a family of six. Perhaps this is why I have grown sensitive to the power and privilege that comes with age. Seniority is a common feature across many African cultures and it has been the thing I most struggle with in traditional African feminist spaces. I define “traditional African feminist spaces” as those established between the 1980s and early 2000s, typically established by activists who would now be in their late 50s and 60s (some even in their 70s). Many of these women tend to be heterosexual(-passing), middle-class career activists with multiple degrees or directorship roles within their organisations. Some get invited to high-level meetings and receive special UN appointments for their years of dedicated activism. Others have founded the oldest feminist organisations in their country, which they continue to manage. Others still have been responsible for pressurising African parliaments to create gender-based violence laws in their respective countries. I could write (and many others have written) about the importance of feminist ancestors, gleaning wisdom from our elders and paying homage to the ones who came before us. And to be quite fair, I do not think we have documented enough of the gifts that those who came before us have given, through struggle and passion. But there is a difference between the social justice advocacy of activists and the very real interpersonal work of emotional growth and honesty required to practice social justice in the everyday.

Indeed, I would be remiss if I did not admit that I have struggled to attain fellowship with many older African (feminist) women, despite their brilliance. I have experienced a range of fear, animosity, pain and sadness at the sheer lack of support that I have received from older generations across the academy and in the grassroots organising space. I have been on panels where I felt scolded for not knowing enough of the canonical texts of African feminist writers of the 1960s, 1970s and 1980s. I have had older feminist bosses disregard, undermine and shame me for sharing bold and contrary opinions. On numerous occasions, I have been “auntied” – made to feel that I should keep quiet because I had not yet earned the right to speak, disagree or challenge bad or outdated ideology in the face of older women. I have confided in older African woman bosses that I was experiencing sexual advances from men in our office, only to be told that I should simply “tell him to stop”. And in all of this, I have questioned if I was wrong, too hasty, ill measured or downright out of line. I have always questioned these things. Because what age privilege produces is often deep pangs of guilt, inadequacy and wrongness in younger bodies. Quite frankly, gerontocracy or age privilege is one of the last battles we have yet to fight in the African feminist space. We take a lot for granted in how we organise: who gets heard, whose knowledge is trusted, and whose abuse we sanction in the name of culture.

I should pause in this moment to recognise that some of my feminist peers do gush over the positive mentoring and caring relationships they have managed to establish with older African feminists. However, I often wonder if my feminist peers are supported because they refuse to ever challenge abusive behaviour for fear of career suicide (because they pissed off the only other African feminist in their department or organisation). What most of my feminist peers have often acknowledged is that, at least on a couple of occasions, they have experienced the wrath of older generation African feminists; whether they were chastised for using the wrong title to address an elder in the movement, or they were side-eyed for wearing something a bit too “casual” in a feminist office space. It is a common experience to enter the pioneering African feminist organising space and feel that your body and experience is judged and/or invalidated. I have been told to wait my turn, while I increasingly lose respect for older African feminists because of the widening gap between their theory and practice, activism and real life choices.

Read: African Feminism and the politics of ‘Being Pretty’

Are the pioneers feeling threatened?

And I appreciate the context: the realities of shrinking spaces for civil society and African feminist academic life means that pioneers oft-times feel threatened, unheard or forgotten. It is natural to desire to hold on to power you think you’ve already lost. I often wonder what I will try to hold on to for dear life when I am too old to think about much else. To spend one’s entire life raging against the proverbial machine without secured pensions, or witness the rolling back of hard-won rights by political patriarchs, is enough to cause resentment in anyone. And indeed, African feminists of older generations have likely experienced violent arrests, isolation, mockery and state repression; they have paid for their activism. The price was often too high and the returns slow to arrive. Of course, there is also something to be said about the current social media environment, which is dominated by younger generation women who appear to be louder than less tech-savvy older generations. But still, I worry that this burden older African women carry is propped up by African ageism and swiftly dropped on our heads. I question the possibility of real intergenerational feminist movement-building in Africa, given the cultural expectations placed on younger women in the movement space.

From the mouths of babes

There is much at stake in this conversation. Perhaps, more than any other continent, Africa has the ironic fate of having an increasingly young population with little to no power – economically, socially or politically. It means that the majority, in fact, does not rule. This is an African feminist issue, and we should begin this conversation in our own backyard. Seniority shapes the conversation and what protest should look like, often to the detriment of new, innovative and more relevant strategies. It shapes how we are expected to organise and talk about activism. Seniority also quite often determines class relations within workplace environments: as a young feminist, your labour is not always valued as an integral part of the social means of production. Rather, you are an afterthought whose value is in the numbers you bring to key events to be quantified in donor reports. You are not a decision-maker, only someone they smile and nod at before quickly scurrying away to their next board meeting. You also enter the labour market at lower pay scales and a naiveté that can be taken advantage of without strong mentorship. The structure of the average NGO or academic department also facilitates strict hierarchies and systemic discrimination against young people. All of these realities mean that young women feel less supported or encouraged to challenge when their “mothers” in the movement have behaved in unkind and simply anti-feminist ways.

As I write this, I fear being outed, revealed or, even worse, misunderstood. Perhaps this is why many younger feminists do not speak out. The only thing worse than meeting your (older) feminist hero and discovering she is oppressive is not having the safety, social capital (read: credentials) or support to (even gently) call her out – even if you have all the right feminist language. And that is because many of our interactions with older feminists are shaped by our cultural cues and contexts. The “yes, madams” and “honourable so and so” or “please and thank you” and bowing at feet is not merely about common pleasantries. They have been culturally ingrained in us as a sign of deep respect for elders and those with status in our communities. This socialisation, in and of itself, is not ill intentioned, but becomes so in the face of passive and unacknowledged violence.

African patriarchy demands much subservience of the intersecting young and female body, and this has often shown itself in my interactions with older African women.

Many Africans can likely recall times in their childhood when they were scolded for doing something “wrong”, but were never allowed to scold when someone (older) did something wrong. The punishments often ranged from stern warnings to physical discipline, and the message was always clear: a child was to always have a deep deference for adults, regardless of who they were or what wrongs they themselves had committed. This expected deference deepens when you are a girl-child or young woman. African patriarchy demands much subservience of the intersecting young and female body, and this has often shown itself in my interactions with older African women who demand my administrative servitude (I have seen directors request to be served lunch [on silver platters] in their office by younger staff). As a feminist, this concerns me, given that administrative roles have historically been feminised, relying on women’s subservient gender roles, and rarely compensating them their worth. It is a twisted fate that we should replicate this violence in our own activist communities. I often wonder if the language of “feminist mothers” or “feminist sisterhood”, in fact, does not actually reproduce the all too familiar hierarchies found within African family and community contexts. After all, there is a deep power dynamic between mothers and daughters and between older and younger sisters that does not merely disappear because our context is a feminist one.

You Can’t Sit with Us…Yet

As I was conceptualising this essay, a friend of mine asked what would happen 20 or 30 years from now, when I am that old auntie taking up too much space and bossing the young ones around. What happens when I become the one telling the young ones that they cannot sit with us yet? These are valid questions that I self-reflexively think about – often. Thirty years from now, I may be too blinded by my own power and prestige to talk honestly about how I have made young women feel in my presence. Well, I hope some young woman will have the courage to tell me the truth, anyway.

Very few spaces encourage us to have these frank conversations in ways that are loving, generative and visionary.

It took a lot to write this; to push past the fear, social conditioning and feelings of shame at calling out oppressive feminist elders who have done so much for my own intellectual and activist journey, despite our difficult personal interactions. I am hoping that my honesty sparks a larger conversation about how to practice stronger intergenerational movement-building, which starts by first acknowledging why it currently does not exist. Very few spaces encourage us to have these frank conversations in ways that are loving, generative and visionary. I have called on the very same strength and spirit of those who came before me to speak as a comrade about ageism and elder privilege. In Africa, one cannot talk about power without talking about age (hierarchy). Insofar as African feminism seeks to analyse and disrupt power relations, we need to start challenging ageism in our movements.

This essay was written by a young, African feminist.

Centenary of Nelson Rolihlahla Mandela’s birth: a tribute in poems