Can African countries restore 100 million hectares of land by 2030? 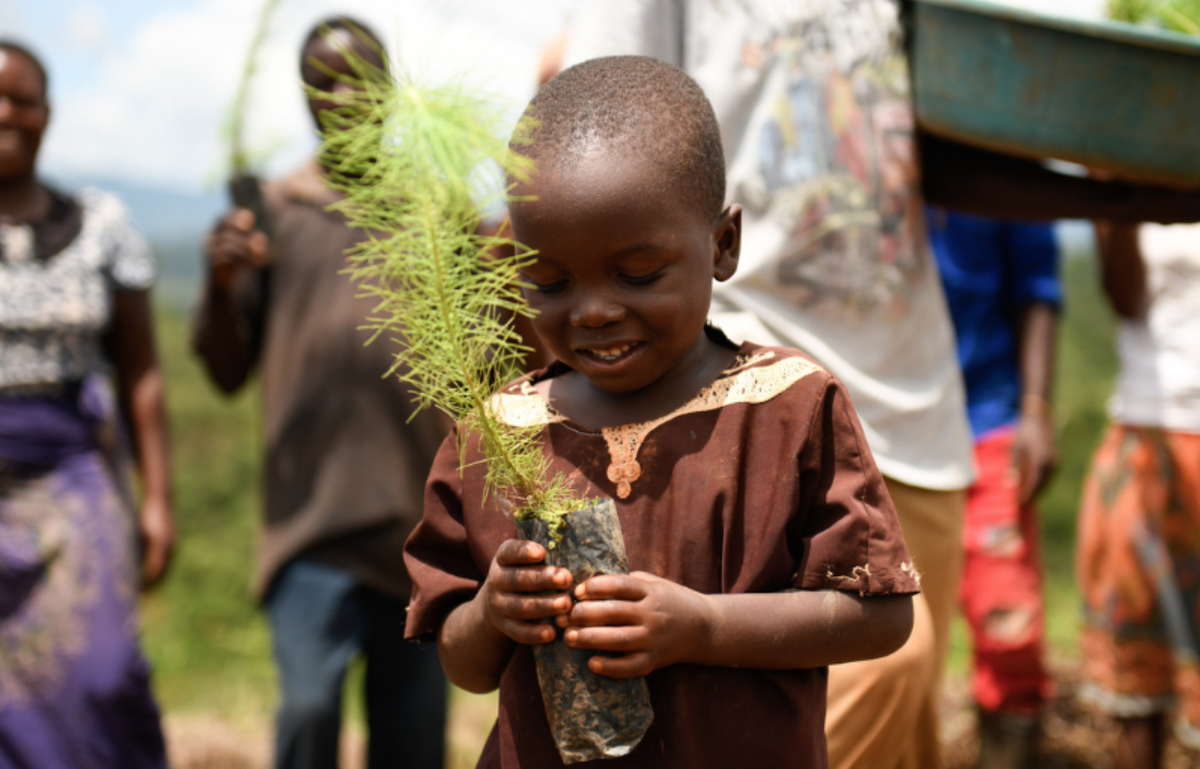 The devastating climate-related disasters happening in real-time are escalations from previous arguably smaller scaled calamities. One-third of Pakistan is underwater right now because of record-breaking rainfall and melting glaciers. According to the UN Development Programme, because of global warming, glaciers in Pakistan’s Gilgit-Baltistan and Khyber Pakhtunkhwa regions are melting rapidly, creating more than 3,000 lakes. Elsewhere, in the first part of the year, Southern Europe struggled with extreme heat, wildfires, and drought, parts of Eastern coastal Australia were submerged by floods and extreme tornadoes, and wildfires in the U.S caused billions of dollars in damage.

The more we are confronted with the repercussions of climate change, the more we can gauge which parts of the population are the most vulnerable. A significant percentage of Pakistan’s death toll is made up of children, and the 33 million displaced people lived in areas that could not withstand the extreme weather.

Although many of the pillars are ‘out of reach’ for many African countries, due to lack of infrastructure and resources, there is room to fix the decline in biodiversity that is weakening the natural system and implement incremental and transformative solutions.

These last two are a challenge the AFR100 (the African Forest Landscape Restoration Initiative) has put on African countries. The initiative has pushed 31 countries to commit to restoring over 100 million hectares of African land by 2030. They have highlighted some projects that are making headway towards this idyllic goal.

In Kenya’s Nyeri county, vast tracts of land have been stripped of trees to make way for crops. As a result, rivers dried up, soils eroded, traditional crops suffered from disease, and the changing rainfall patterns and shifting planting cycles caused by climate change have left farmers on the brink of food and economic instability.

GreenPot Enterprises (GPE) Limited, Kenya’s first fully integrated bamboo company, is working to restore the land. They are transforming individual, community, and national fortunes through a raft of innovative bamboo-based concepts and initiatives.

Bamboo is one of the most versatile plants on planet earth. It is naturally pesticide resistant and helps to rebuild eroded soil. It absorbs a high amount of carbon dioxide and emits high levels of oxygen.

“Bamboo is the magic grass that brings wealth, safeguards the environment, and generally makes the world a much better place… Restoration of the ecological integrity of degraded landscapes in Kenya is key for GPE. We are educating communities around us on preserving what is currently there as we work on restoring deforested and degraded forest landscapes one bamboo tree at a time,” the company website explains.

The company works with 800 farmers to plant clustering bamboo (a non-invasive variety) across nearly 500 hectares. Then twice a year, the plant is selectively harvested, keeping the soil in place and nutrient dense. Not only does it benefit the farmers in terms of effective crop rotation but they can also sell the bamboo to GPE which funnels it into sustainable energy, construction, and textile industries.

The Ministry of Natural Resources, Energy, and Mining will use USD 2 million (1.43 billion Malawian kwacha) for a youth forest restoration program aimed at combating deforestation for farming and implementing long-term solutions for natural resource management.

Forests4Future project in Togo targets the young population and women involved in the management of its four community forests (Alibi, Goubi, Bago and Koussountou).Photo credit: afr100.org

The program is helping implement a first-of-its-kind National Forest Landscape Restoration Strategy, which provides clear targets and priority interventions as well as incentives for the youth. The young people involved receive a daily wage for planting trees and, will later, benefit from bonuses based on tree survival rates and forest management improvement.

Growing billions of trees in Ethiopia

According to AFR100, forest products, like honey and bamboo, inject more than 91 billion birrs (USD 2.6 billion) into Ethiopia’s GDP but forest cover has fallen to 15.7%. Despite local communities growing millions of trees and bamboo stalks for decades to restore farms forests and pastures, no efforts have gone on a larger scale than the ambitious Green Legacy campaign.

Through the campaign, Prime Minister Abiy Ahmed (Ph.D.) has led millions of people to plant 9 billion trees since 2019. This number is set to rise to 20 billion in the coming two years.

Even with worryingly drastic climate change happening in shorter timeframes, these restoration efforts are a step into a less vulnerable future. Researchers even optimistically claim that they might lead to innovative transformative solutions that will push the collective towards threshold capacity, coping capacity, and recovery capacity.

Related Topics:Climate changeKenyaMalawiTogo
Up Next