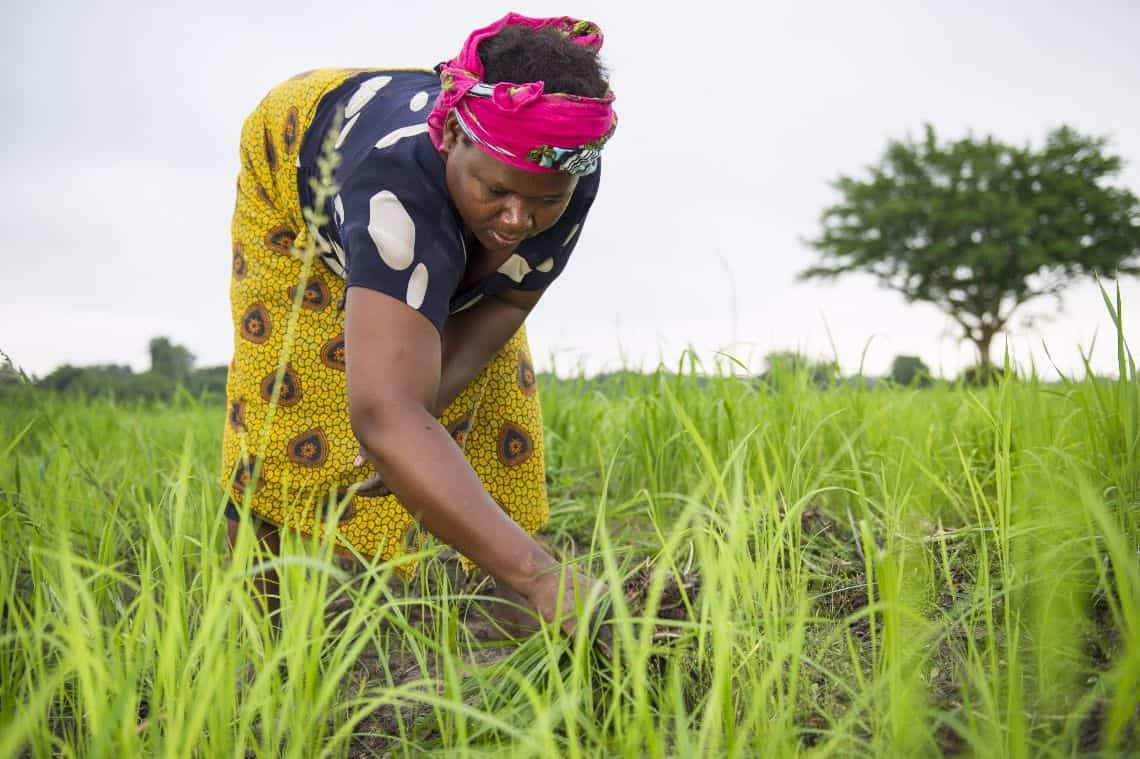 Kilombero rice is famous in Tanzania for being the best, most fragrant rice grown in the country. It’s a shame then that the Kilombero Valley and its protected wetlands have been the setting for another disastrous Western agribusiness initiative.

According to a new report published by the Oakland Institute, in collaboration with Greenpeace Africa and Global Justice Now, a flagship Norwegian and British aid project in Tanzania is actually destroying the livelihoods of small-scale farmers, pushing them into debt and negatively impacting the local environment.

The industrial rice plantation was set up in Mngeta, in the Morogoro region, by British company Agrica (which is registered in the tax haven of Guernsey). It has been financially supported by Norfund, a private equity company owned by Norway’s Ministry of Foreign Affairs; by the UK’s Department for International Development (DfID), which has invested £6.7 million via the company AgDevCo; and by US investment firm Capricorn.

The Mngeta river, which is being used to help irrigate the vast rice plantation (Photo: Greenpeace Africa)

Oakland Institute director Anuradha Mittal explains: “Although Agrica is portrayed as a responsible investment venture, its takeover of fertile land has brought misery to local communities. Labelled ‘squatters,’ smallholders were forced off the land, lost their livelihoods, received a meagre compensation for their losses, and have had to face debts resulting from doing business with Agrica.”

Over 1200 people have been displaced as a result of the scheme. Some 80 households lost both their farmland and their homes, and were resettled in a new area prone to flooding. One family said, “when the water is coming into the house we have to stand up the whole night without sleeping because the whole house is covered with water. When the flood was at its worst here, some of our animals were dying and it is dangerous for us, and especially the children, to move around. It was a disaster.”

It’s not the first time the UK’s corporate-led development programme has drawn criticism for effectively being a Trojan horse that allows multinationals access to fertile African land under the guise of feel-good aid rhetoric. Recent examples are the eviction of farmers in Nigeria and Coca Cola’s planned expansion.

The plantation has been used as a showcase project of the G8’s New Alliance for Food Security and Nutrition, a collaboration between Western governments and multinationals including Monsanto and Unilever. The New Alliance, which has been described as a ‘new scramble for Africa,’ has on a number of occasions been shown to be damaging the very communities it claims to be helping. However, it continues to be part-funded by taxpayers, with DfID investing some £600m UK aid money in total. Earlier this month a large group of NGOs and civil society organisations from all over the world issued a statement warning of the threat the New Alliance poses to small-scale farmers.

In this case, local farmers planting rice for Agrica were obliged to buy chemical fertilisers manufactured by the Norwegian firm Yara – a New Alliance partner – and were forced to sell the rice at a price determined by Agrica.

“Agrica peddled chemical inputs to smallholders, leaving many in debt. In an area known as Tanzania’s food basket due to its fertile soil, this uncovers the real agenda of Agrica. They have opened up new markets for the products of international agribusiness that are damaging for both people and the environment,” explains Glen Tyler, agriculture campaigner for Greenpeace Africa.

These protected wetlands are home to endangered or vulnerable bird species such as the Madagascar pond-heron and the Kilombero weaver (Photo: Greenpeace Africa)

As well as the immediate human impact of the project, damage to the environment looks inevitable too. The plantation is located in a protected wetlands area, home to many rare and endangered birds. The wetlands are threatened by the prolonged use of agro-chemicals, as well as the expansion of irrigation from 215 hectares to 3,000 hectares, resulting in up to one third of the nearby Mngeta River’s dry season water flow being diverted.

“This project undermines the rhetoric of aid-sponsored large-scale agricultural investments and exposes the true beneficiaries to be agribusiness multinationals rather than small-scale farmers and local communities,” says Heidi Chow, food campaigner for Global Justice Now.

The Oakland Institute, Greenpeace Africa, and Global Justice Now are demanding that Agrica’s investors cease funding for the Kilombero project and a wider global campaign, drawing attention to the suffering caused for farmers and their families by such initiatives, is being prepared.

This model is far from the only possible model for agricultural development. A recent report from Global Justice Now, in association with grassroots farming organisations from across Africa, shows that there are positive ways to improve farming and ensure food sovereignty.

In the battle for a fair food future in Africa and beyond, every grain of rice matters.

Related Topics:Economy Tanzania
Up Next

Can the African child dare to re-invent the future?