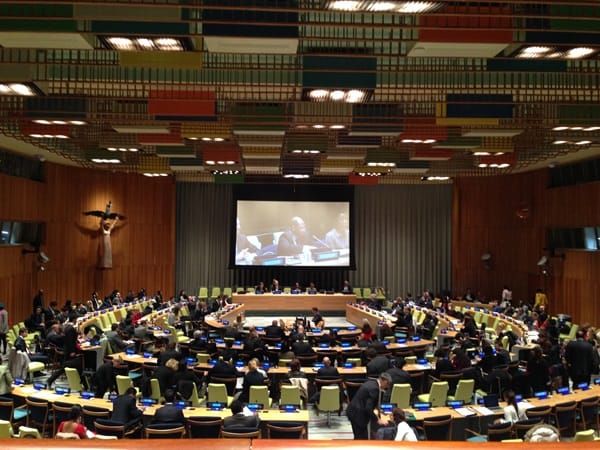 The outcome document of the 3rd International Conference on Financing for Development, the Addis Ababa Action Agenda, “reiterates the need for gender mainstreaming, including targeted actions and investments in the formulation and implementation of all financial, economic, environmental and social policies.” However, the document falls short of addressing the structural causes of gender inequality that could make this vision a reality.

In addition, the Women’s Working Group on Financing for Development has expressed concern that the Addis Agenda speaks to the IMF and World Bank language on “Gender Equality as Smart Economics” rather than to women and girls’ entitlement to human rights, which are at the foundation of the UN.

OECD reports have shown that increasing women and girls’ education accounts for about half of the economic growth in OECD countries over the past 50 years, while a McKinsey & Company report revealed that companies with the most female managers turn a 34% higher profit.

Statistics like these have been used by international organisations and civil society organisations alike to promote women empowerment. However, it is important that gender equality be addressed by putting women as subjects of rights and not as a strategy to improve economic performance.

Addressing gender inequality in a meaningful way will mean addressing structural barriers for women’s economic rights, such as the unequal distribution of unpaid care work, limited access to health care services or the persistent gender discrimination in the labour market.

These structural barriers are a daily reality for women across Africa, who continue to bear most of the responsibilities in the home, caring for children and other dependent household members, preparing meals and doing other housework. Worldwide, women spend at least twice as much time as men on unpaid domestic work, which is often unrecognised.

Women spend at least twice as much time as men on unpaid domestic work, such as caring for children or elderly family members. Image: christianaid.org

In keeping with the rationale that women empowerment makes economic sense, the discourse of the Addis agenda puts emphasis on private sector contributions, rather than encouraging states to remove obstacles to development, mobilising official development assistance and committing adequate public resources. This puts faith in orthodox economic assumptions regarding growth and ‘trickle-down economics’.

Civil society has cautioned that this faith in the private sector is misplaced, and that it may undermine rather than bolster sustainable development. States have an obligation to enforce human rights standards and uphold international conventions, such as the Convention on the Elimination of All Forms of Discrimination Against Women and the Convention on the Rights of the Child. However the Addis agenda does not explicitly hold the private sector to any such standards.

Equally concerning is the repeated emphasis on the need to provide an enabling environment for business, which evidence shows primarily serves big businesses rather than micro, small and medium enterprises. Evidence also shows that this deregulation and privatisation agenda in the private sector often contradicts and undermines the possibility to respect, protect and fulfill all human rights.