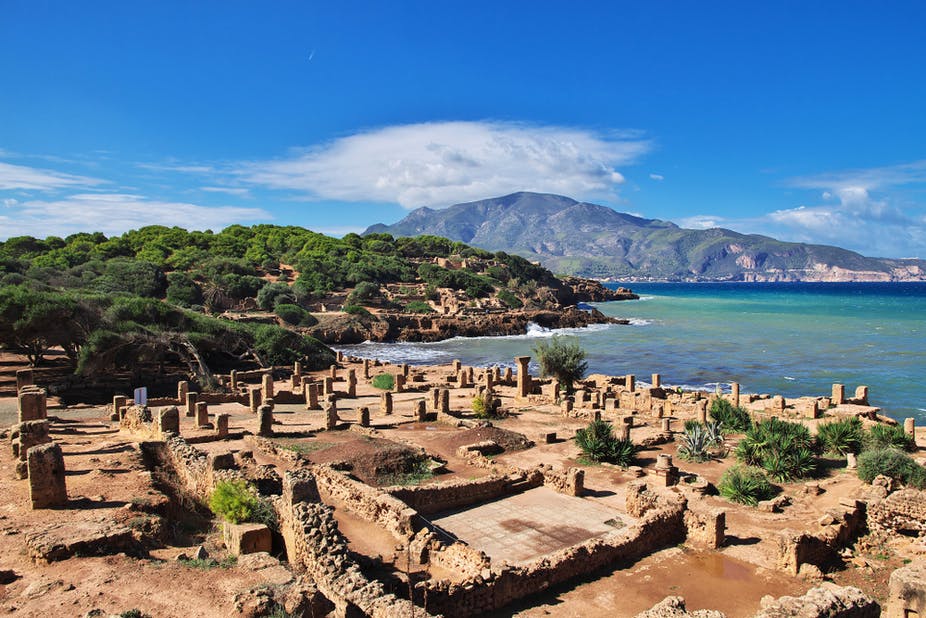 The value of heritage has been underestimated in climate policy and sustainable development circles, but heritage is crucial to people’s identity, culture and wellbeing. It is also critical to the sustainability of communities, ecosystems and biodiversity.

We already know that climate change is having an impact on African heritage sites. The issue is gaining visibility. The Intergovernmental Panel on Climate Change and other high profile bodies have recently commissioned the first white paper on climate risks to heritage globally. The paper is due in July 2022.

But measurable evidence relating to future impacts of climate change on African heritage has been negligible, limited to a handful of studies on the impacts of sea-level rise on North African cultural heritage sites.

This prompted collaboration between an international group of experts to produce some hard data. We are in the fields of climate risk, coastal modelling, coastal engineering, geographic information systems, and the archaeology and heritage of Africa. We modelled the impacts of extreme sea levels and erosion -– including a one-in-100-years event –- on African heritage sites.

The aim of the research was to accurately map the physical extent of African heritage sites using geo-spatial techniques and then overlay these with flood maps. The maps are based on models of extreme sea-level data. The result was an estimate of how exposed heritage sites are to sea-level rise and coastal erosion in the future.

Our research will help heritage managers identify and prioritise key areas for conservation and heritage adaptation to climate change.

Combined flood and erosion models created specifically for the project were then overlaid on the map of African heritage sites. Different future climate scenarios at different time slices were modelled for exposure of sites to flooding and erosion associated with future sea levels.

The results show that 56 sites (20%) are currently at risk from the one-in-100-years event. By 2050 this number will more than triple to 191 even if carbon emissions remain moderate – the scenario that climate scientists have named RCP4.5. The number of sites exposed increases by seven to 198 (70%) under a high emission scenario. This is known as RCP8.5, or business as usual. Though only seven more sites are exposed under this scenario, the degree of exposure for each site increases significantly.

Geographies of exposure to climate change

Among the most exposed cultural sites are the iconic ruins of Tipasa (Algeria), the North Sinai Archaeological Sites Zone (Egypt), Saloum Delta in Senegal and Kunta Kinteh in The Gambia. Cultural sites like Tipasa support local businesses that rely on the tourism revenue that the site generates.

North and West Africa have the highest number of exposed sites while sites across small island nations are particularly at risk.

Some countries will see all of their coastal heritage exposed to extreme sea levels by the end of the century, regardless of carbon mitigation strategy. Some of these countries are classified as least developed countries on a development assistance list that provides funding. In these countries, heritage sites compete with clean water, education and energy for funding. Funding to conserve heritage sites is often a very low priority.

Countries in this position include Cameroon, the Democratic Republic of Congo (DRC), Djibouti, Western Sahara, Libya, Mozambique, Mauritania and Namibia. Djibouti, the DRC, Mozambique and Mauritania are classed as least developed countries. Cameroon is a low to middle income country, Libya is a conflict zone and Western Sahara is a disputed territory. They have very few resources to reverse climate change impacts on their heritage sites.

How we respond to climate change matters for heritage. If climate change mitigation reduces greenhouse gas emissions from a high to a moderate pathway by 2050, the number of highly exposed heritage sites can be reduced by 25%. Unprecedented investments are needed to monitor the exposure of these sites and work with local communities to mobilise adaptation response strategies.

These findings motivate for commensurate amounts of climate finance to avoid significant losses and damages from climate change to Africa’s heritage. Decolonial approaches across research and practice can also begin to address systemic inequities, recognise the breadth of heritage and strengthen adaptation action in Africa and globally.

Advertisement
Related Topics:DRCLibyaMozambique
Up Next

The unbearable lightness of being Ukraine