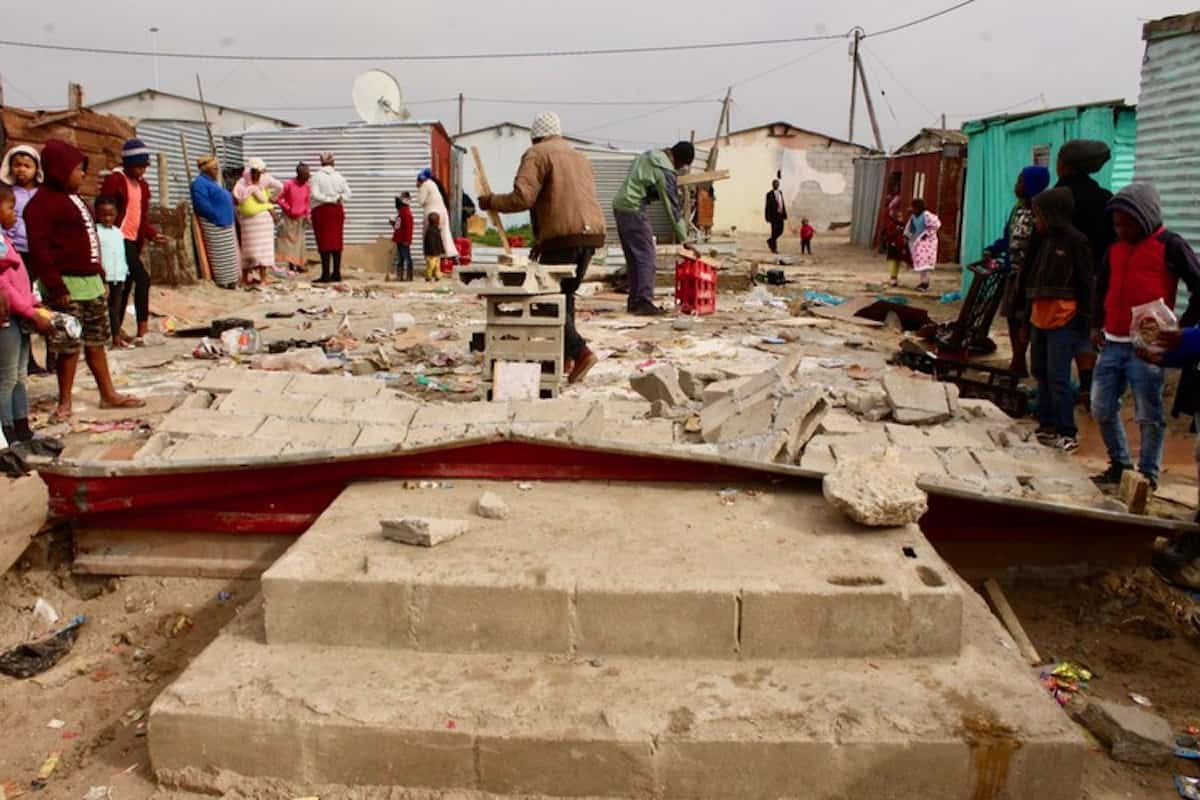 Two shops owned by immigrants were looted on Sunday morning in Greenpoint, Khayelitsha. One shop was flattened and its building materials taken.

The attack happened after a customer was shot, allegedly in a dispute with the shopkeeper over change.

“They were shouting at each other for over ten minutes,” said eyewitness Luntukazi Toyise. “It is normal for these arguments to happen and no one thought it would escalate to a shooting. After the arguments, there was a gunshot and people ran for cover before approaching the shop to see what was happening.”

The shot man was taken to the hospital. People then gathered and went to the shop according to Toyise. “The guy had already fled when people arrived, and they started destroying the shop and looting it.”

The looters then moved on to a second shop about 200 meters away, but they were stopped after some looting had taken place.

Ali Hasan, who owns both shops, said, “My employee shot someone, and I understand the anger towards that shop, but to come to another one? It was no longer about the shooting anymore but hatred towards us Somalians.”

“I do not know where he [the shooter, his shop assistant] went. The police must find him,” he said.

Ward 93 Councillor Thando Pimpi (ANC) said: “When I arrived the people were already inside the shop and it was difficult to stop them. I still do not know the reason behind the shooting, but I have arranged a general meeting with the community to talk about this.”

Police’s Lieutenant Colonel Andrè Traut said they are looking for the suspect. “This office can confirm that Somalian owned shops were looted by community members in Greenpoint, Khayelitsha. Community members claimed that a shop owner shot a man and fled the area. The victim was traced to a local hospital in the area where he is being treated. The shop owner is being sought by police,” he said.

Related Topics:Afrophobia SomaliaSouth Africa
Up Next

The Great Hack: What does Netflix’s doccie on data mean for Africa and its democracy?