Renewable energy by force: Does the West have any moral high ground to interfere in Uganda and Tanzania’s oil and gas development projects? 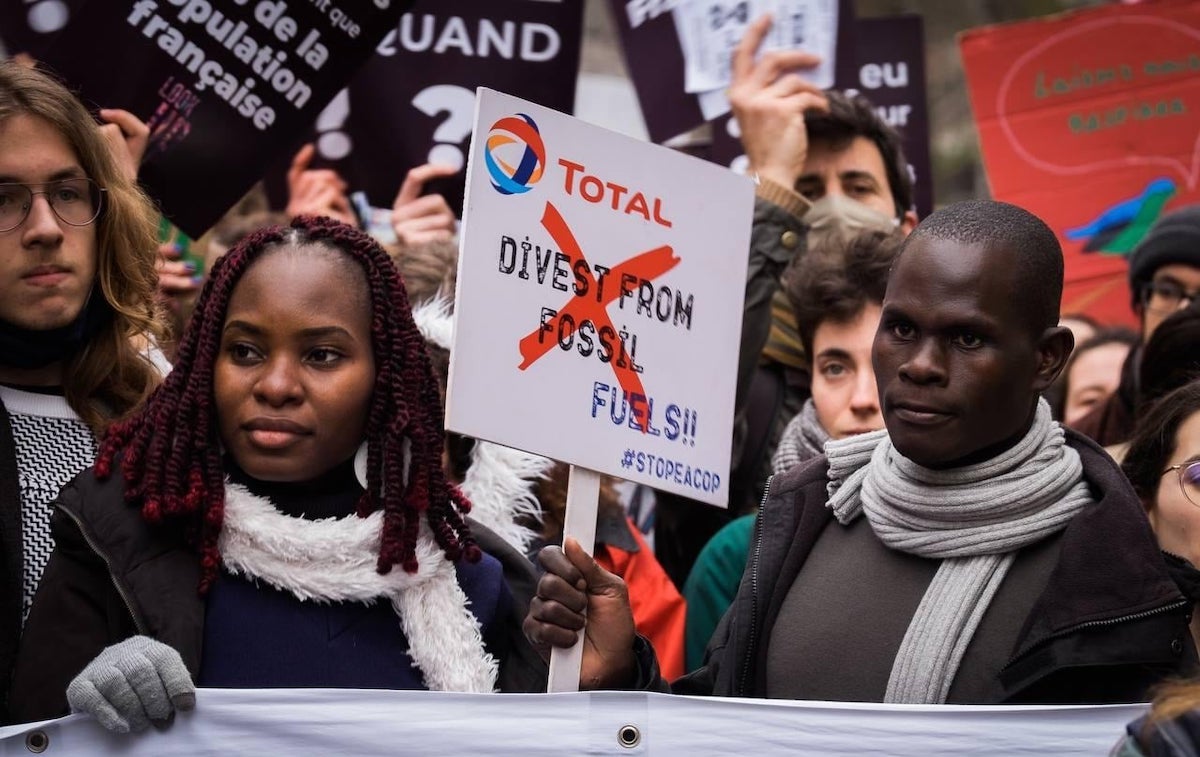 It’s complicated. We as a continent are already experiencing the effects of Climate change, with the World Bank estimating that by 2050, up to 38.5 million people could be compelled to move within the Basin countries due to climate factors. Tanzania will see the highest number of internal climate migrants reaching 16.6 million, followed by Uganda with 12 million. There is a very real urgency to reduce greenhouse gases to scale climate impacts that would drive climate migration, and the window is closing rapidly.

On the flip side, UNICEF reports that nearly half of Ugandan households experience multidimensional poverty (which are aspects that contribute to poverty beyond monetary limitations e.g., poor health, lack of education, inadequate living standards, disempowerment, poor quality of work, threat of violence, and environmental hazards), which is more than double the percentage living in monetary poverty. It adds however that between 1992 and 2017 the Ugandan government worked hard to ensure the proportion of the population living in monetary poverty fell dramatically from 56% to 21%.

Why are we discussing climate vulnerability and poverty levels in these two lake basin countries? Because Uganda and Tanzania are undertaking and investing in a large-scale fossil fuel project, which the European Union is against because of the massively negative impact associated with fossil fuel mining and production.

Since commercially viable deposits were discovered in Uganda in 2006, the country has been frantic to become an oil exporter. To make this a reality, the country in partnership with the China National Offshore Oil Corporation (CNOOC) and France’s Total Energies is working on a pipeline project known as the East African Crude Oil Pipeline Project (EACOP) that would boost the national treasury and generate billions in related investments.

The pipeline planned for completion by 2025 will run from the Ugandan oil wells to the port city of Tanga at Tanzania’s coastline. Since Uganda’s crude is semi-solid, it will be heated, via solar power, to 50°C (122°F). If completed, EACOP would surpass India’s 416-mile Mangala pipeline as the longest heated crude oil pipeline in the world.

Ali Ssekatawa, director of legal and corporate affairs at the Petroleum Authority of Uganda, which oversees the sector, told National Geographic that he expects the country to generate between $1.5 and $3 billion per year at peak production, depending on global prices. Given that the government collects roughly $4.5 billion a year in domestic taxes, those sums are considerable—enough, he says, to help Uganda wean off foreign aid and to “give us economic independence.” Refining some of the oil at home, he adds, would boost energy security and eliminate risks posed by currency fluctuations.

Economics aside, the underground pipeline will traverse multiple habitats, forests that inhabit endangered flora and fauna, and papyrus swamps that drain into Africa’s largest lake, Victoria. Which means should any leaks transpire, the devastation would be far-reaching. Furthermore, reports from the World Wildlife Fund indicate that ten of Total’s 31 well pads, where drilling takes place will be within the boundaries of Murchison Falls National Park, Uganda’s largest protected area and CNOOC’s wells will extract oil from underneath Lake Albert, which is known as a birdwatcher’s paradise and is home to vital fisheries.

And as we’ve seen from the Delta region where Total Energies has conducted oil exploration and exploitation for decades, leaks are not only likely but present dangers ranging from explosions, water, and land contamination, the loss of sea life to loss of livelihoods. Communities are exposed to these dangers and other environmental repercussions that affect their health and bodies without compensation or urgency to rectify any missteps. The dire state of the region and many other examples around the world is more than enough reason for many local and international organisations to fight for EACOP to stop.

The European Union recently passed a resolution on the violation of human rights in Uganda and Tanzania linked to investments in fossil fuels projects. They claim, “Whereas the risks and impacts caused by the oil fields and pipeline infrastructure development are already reported to be immense, and have been exhaustively documented in numerous community-based impact assessments and independent expert studies; whereas it is projected that the project will endanger nature reserves and habitats; whereas, despite the project partners’ announcement of its economic and employment benefits, many East Africans and East African civil society organisations continue to voice strong opposition to the construction of the pipeline and associated projects claiming that its impact on local communities and the environment is not worth the risk.”

It goes on to list the various reasons for their desist call. Although sound and grounded in existing and validated information, the principal parties are arguing that the resolution is a “deliberate misrepresentation of key facts on environment and human rights protection” according to Uganda’s Deputy Speaker.

The motion further calls for the EU and the international community to, “exert maximum pressure on Ugandan and Tanzanian authorities, as well as the project promoters and stakeholders, to protect the environment and to put an end to the extractive activities in protected and sensitive ecosystems, including the shores of Lake Albert, and commit to using the best available means to preserve the culture, health, and future of the communities affected and to explore alternatives in line with international climate and biodiversity commitments.”

Tanzania’s Energy Minister Januari Makamba was also appalled by the Union’s interference telling BBC that Tanzania is entitled to use its resources the same way industrialised countries do.

“We care more about our country than other people do. We will continue to make sure this project protects local communities, protects the environment, and meets our international standards so that we will continue but we commit to do,” Tanzania’s Energy Minister said.

The EU’s motives are unclear because as they shun EACOP, the European court of human rights is set to hear a case brought to it by a group of young climate victims (aged between 17 and 31) who argue that their governments’ membership in the little-known energy charter treaty (ECT) is a dangerous obstacle to action on the climate crisis. The claimants are suing 12 ECHR member states, including France, Germany, and the UK because these countries are home to companies that have been active users of the ECT charter.

The treaty, which has approx. 55 member countries, including EU states, the UK, and Japan could slow down the transition to green energy by allowing companies to take legal action against governments for compensation estimated at €1.3tn until 2050 for the early closure of coal, oil, and gas plants.

In a letter, the EU has also been put to task by climate activists for continuing to protect fossil fuel investors under ECT rules by preventing the closure of fossil fuel plants or ensuring massive payouts if shutdowns are enforced.

“Both options will jeopardise the EU climate neutrality target and the EU Green deal,” said the letter, which calls for the current French presidency of the EU to work towards a withdrawal of member states from the treaty. “In these days of climate and energy struggles, the EU climate leadership is more than ever needed to ‘make our planet great again’.”

Given the state of its affairs, how can the EU feel morally compelled to chastise EACOP? And even though their endangerment claims are valid, wouldn’t it be more prudent to dictate from a place of executing the actions for which it is prescribing?

Can Africa outdo its election riggers?