Traditional African medicine and the threat of biopiracy 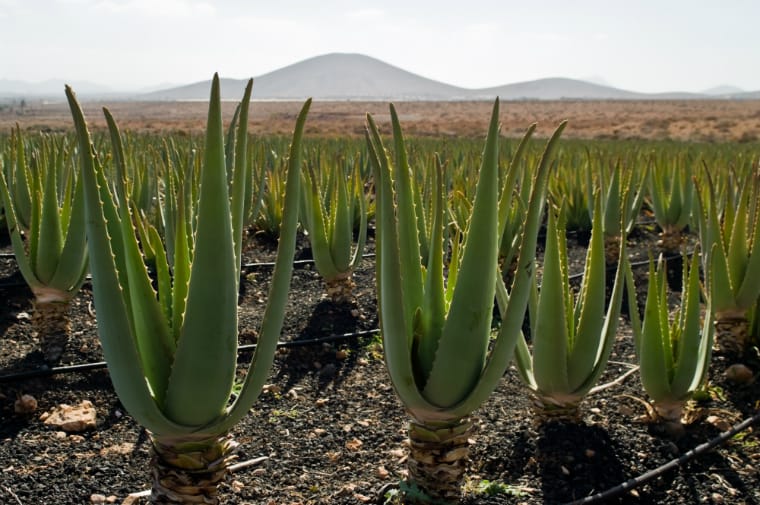 Western culture has a habit of taking one thing from one culture and presenting it to others as their original product. Look at pizza, hamburgers, yoga, acupuncture, the list turns into a tome. Yet , where the ground has been a little shaky has been at the avenue of Western medicine versus traditional vernacular remedies.

Hoodia gordonii has caused much controversy in recent years. The San people of southern Africa have for centuries used the plant in the dry Kalahari. In addition to using it to treat eye infections and stomach pain, the tribes used hoodia on long hunting expeditions to suppress their hunger and thirst and to also give themselves an energy boost. Hoodia basically works by mimicking the effect that glucose has on nerve cells in the brain. This results in a feeling of fullness to the brain and diminishes the appetite.

The court case between the San people of the Kalahari and Pfizer has been one of the more well-know cases of biopiracy. After many centuries of use by the San, the hoodia plant eventually caught the eye of South Africa’s Council for Scientific and Industrial Research (CSIR). In 1997, after a long period of development, the CSIR patented the use of the molecule that curbs the appetite. This was followed by an agreement between Phytopharm and Pfizer where the rights were sold to pharmaceutical giant Pfizer to develop an anti-obesity drug.

A male member of the San community crouches behind a Hoodia plant shrub. Photo: Sun Safaris

Funnily enough, until 2001, the San had no idea that their knowledge of hoodia had led to research which yielded  commercial interest, international patents and lucrative international deals. They were instead to discover that the CSIR had told Phytopharm that they, the San, no longer existed. It was only by the intervention of political and media institutions that the San were included in a “benefit-sharing agreement” in 2003, for what is, essentially their intellectual property.

The San is but one example of the kind of extortion that could take place. South Africa alone is home to more than 22 000 indigenous seed plants from almost 230 different families. It is also the home of 10% of the world’s flowering species, making it a major contributor to the global ecological scene. When looking at the entire continent, the figure obviously becomes staggering.

Already, thousands of patents on African plants have been filed: brazzeine, a protein “500 times sweeter than sugar” from a plant in Gabon has been used by locals for centuries; teff, the grain used in Ethiopia’s flat “injera” bread has been used by the people of Ethiopia and Eritrea from as far back as 4000BCE; thaumatin, a natural sweet protein extracted from the katemfe plant in West Africa; the African soap berry and the Kunde Zulu cowpea; genetic material from the west African cocoa plant.

One of the most widely used herbs in modern pharmaceuticals is one we all know: aloe vera. This succulent plant has been a favourite with the alternative and contemporary healing industries since time immemorial. The gel in the plant is commonly used for its soothing and healing qualities by the cosmetic industries for a number of conditions ranging from frostbite to multiple sclerosis.

The history of the plant however goes back to Egypt. There are records of ancient Egyptians drawing pictures of aloe vera plants on the walls of the temples, as long ago as 6,000 years ago. They used the plants for its anti-fungal and anti-bacterial qualities.

In South Africa, one of the country’s favourite caffeine-free hot beverages is rooibos tea, made from the leaves of the ‘redbush’ (calicotome villosa). Growing in South Africa’s fynbos in the Western Cape province, rooibos is now manufactured and packaged at a large scale as many people have come to be aware of its curative properties. History has it that the plant was often seen by European travellers and botanists visiting South Africa’s Cederberg region. They would see locals climbing mountains to harvest the needle-like leaves of the wild rooibos. Dutch settlers to the region began using this plant to brew a tea that would serve as an alternative to what was the then expensive black tea which they received from supply ships from Europe. Rooibos has now become a contemporary South African drink, served in numerous restaurants or enjoyed in homes. It has also made an appearance in a number of soaps for consumers with sensitive skins.

Cola acuminata, also known as kola nut, is the origin of the term ‘cola’ used to indicate a particular flavour in popular soft drinks. The bitter fruit is most commonly used in west Africa, in particular, Nigeria. It is known to contain levels of about 2 percent caffeine and is ceremonially used as presentation to guests or chewed individually or in group settings. It has also been used as a remedy to male potency issues.

In the 19th century, John Pemberton took extracts of kola and coca, mixed them with sugar and carbonated water to invent Coca-Cola, even though kola nut is claimed to no longer be used in the beverage.

These items are now in wide usage with many people not knowing where they originate from. But, as in the case of hoodia, this appropriation has been quite problematic.

In the absence of laws regulating the usage of Africa’s natural resources, the continent stands to lose out on indigenous knowledge of native flora. On the flipside, multinationals stand to gain billions of dollars from using this knowledge which may even affect the availability of these plants to those who discovered the plants’ properties in the first place. But it seems that some efforts have been made to prevent this.

In October last year, the United Nations Convention on Biological Diversity (CBD) implemented the Nagoya Protocol, an agreement which seeks to ensure that developing nations are fairly compensated for the use of their flora, fauna and microbes by foreign scientists. The agreement was signed by 92 countries including Brazil, Japan and the European Union. Two important countries were absent from the agreement: China and the United States of America. However, their absence doesn’t mean that they’d be exempt from complying with the agreement.

As the world observes World Malaria Day tomorrow, it is important to remember that, of the 109  countries affected by the disease, 45 are in Africa – a staggering 41 percent of global prevalence. From this, however, 90 percent of all malaria deaths are in sub-Saharan Africa. So when we read about specialists agreeing that the use of traditional herbal medicines could drastically reduce the 1 million deaths from the disease, it becomes clear that this indigenous knowledge is extremely important. Imported drugs can be extremely expensive for countries which have to additionally deal with famine and civil war.

It would be an unnecessary tragedy to see all this indigenous knowledge absorbed by multinationals and repackaged to us, the descendants of the pioneers and original researchers of the plants in the form of soaps, chocolate bars anti-obesity elixirs. It is not until our governments begin to fund research into their indigenous medicines and actively remove stigmas attached to African medicine that communities will begin to be fully acknowledged for their ancient medicinal wisdom.

The real stakes of Sudan’s elections