Women and political leadership in Africa: More work needs to be done
Advertisement 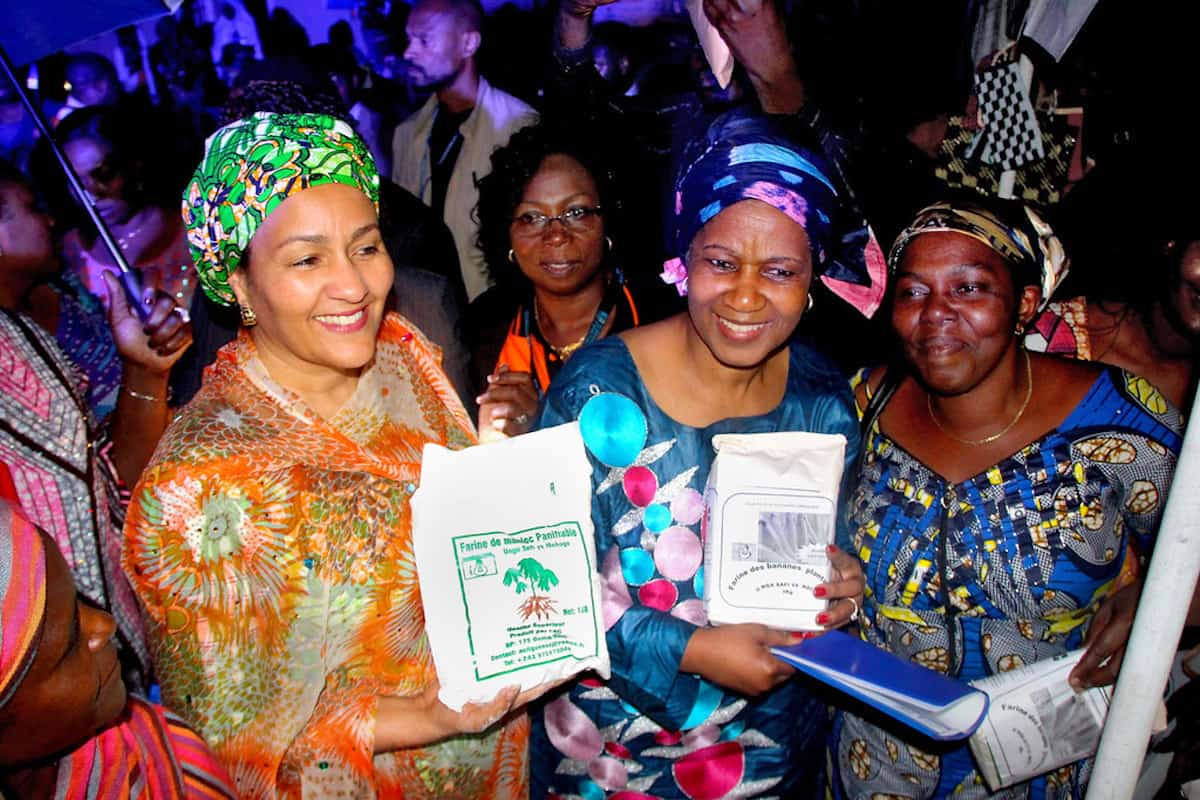 When Zimbabwe’s former First Lady Grace Mugabe entered the political fray in 2014, the world was reminded of how the patriarchal system is uncomfortable with women portraying ambition. While there might have been genuine questions and concerns about her political interests, the debate about Grace’s political involvement degenerated to toxic sexist slandering.

She was labelled a whore, and a litany of unsubstantiated and questionable accusations against her fidelity to her husband throughout their marriage were re-visited with vigour. Zimbabwean academic and writer Rudo Mudiwa argues that Zimbabwe’s coup was a defence of patriarchy; Mugabe was causing anxieties for men in politics.

Today women in top political positions on the continent in general and countries like Zimbabwe remain low. “Zimbabwe is a patriarchal society where men are predominantly leaders at the expense of women who are relegated to spaces outside politics, usually in the home,” notes Priscilla Maposa, Country Manager at Gender Links.

“Women often have multiple responsibilities as mothers, caregivers and other work which deters their participation in political decision making.”

According to Maposa, women’s participation in politics is low in Southern Africa. Statistics as of 2018 showed that women’s representation in parliament, cabinet and local government remains low.

Women occupy 26% of seats in parliaments regionally, 20% in the cabinet and 24% in local government. South Africa has the highest proportion of women in parliament at 41% and the only country with 50% of women in the cabinet. Parliamentary representation in other Southern Africa countries stood at 40% for Mozambique, 36% in Namibia, 31% for Zimbabwe and in Angola it was 30%.

“Lesotho, Seychelles, Madagascar, Zambia, Malawi, Eswatini, Mauritius, Botswana and the Democratic Republic of Congo all have under 30% representation of women in parliament,” adds Maposa.

The former sought to increase women participation in government level to 30% by 2005, while the latter sought to ensure parity in decision-making roles in the public and private sector.

A worrying culture of  political violence against women

According to Virginia Muwanigwa, Chief Executive Officer at the Zimbabwe Gender Commission, despite the constitutional or legislative framework being favourable or guaranteeing gender balance in political spaces, cultural and social issues militate against women’s participation in politics.

“In political parties where participants should be encouraged, you will still see fewer women at the top; additionally, these spaces are violent in nature, prompting many women to stay away,” Muwanigwa says.

A study conducted in 2019 concluded that political violence against women had reached “some of the highest levels ever recorded.”

Gender-based violence in the form of abductions and forced disappearances of women are prevalent in Africa.

An article in The Independent by the United Nations’ Women Executive Director, Dr Phumzile Mlambo Ngcuka also confirms that violence against women in elected office has increased. 80% of women parliamentarians surveyed globally experienced psychological violence at work. One in three experienced economic violence, one in four experienced physical violence, and one in five sexual violence.

Grace’s experiences is an anecdote of why politics remains an unsafe space for women. In Africa, women continue to tread with care. Online violence against women is a common occurrence against female politicians or aspiring politicians in Kenya. In Zimbabwe, female politicians have been subject to verbal and physical violence over the years, including state impunity. In Uganda, parliamentarians like Grace Ozitya have experienced different forms of violence.

Hope is on the possibility of increasing the numbers of women through the quota system. The progress that has come about due to the quota system is explained again by Dr Mlambo-Ngcuka.

“Our analysis points to gender quotas as a successful tool and an essential step for countries striving to improve representation in elected office. Of the 23 countries that have reached or surpassed 40 per cent of women in parliament, more than two-thirds have applied gender quotas,” she says.

Read: Eternal mothers, whores or witches: being a woman in politics in Zimbabwe

Politicians and gender activists’ welcome this provision but argue it’s useful in the short term but not sufficient. “It’s a welcome temporary measure adopted to address historical inequalities; it is necessary to provide role models for younger women outside political spaces. I countries like Zimbabwe, it ends up appearing as the end goal. It is not; the end goal is equal representation,” argues Muwanigwa.

For Maposa of Gender Links, gender equality 50/50 is not “only a human right but also a constitutional right that should not be negotiated for.”