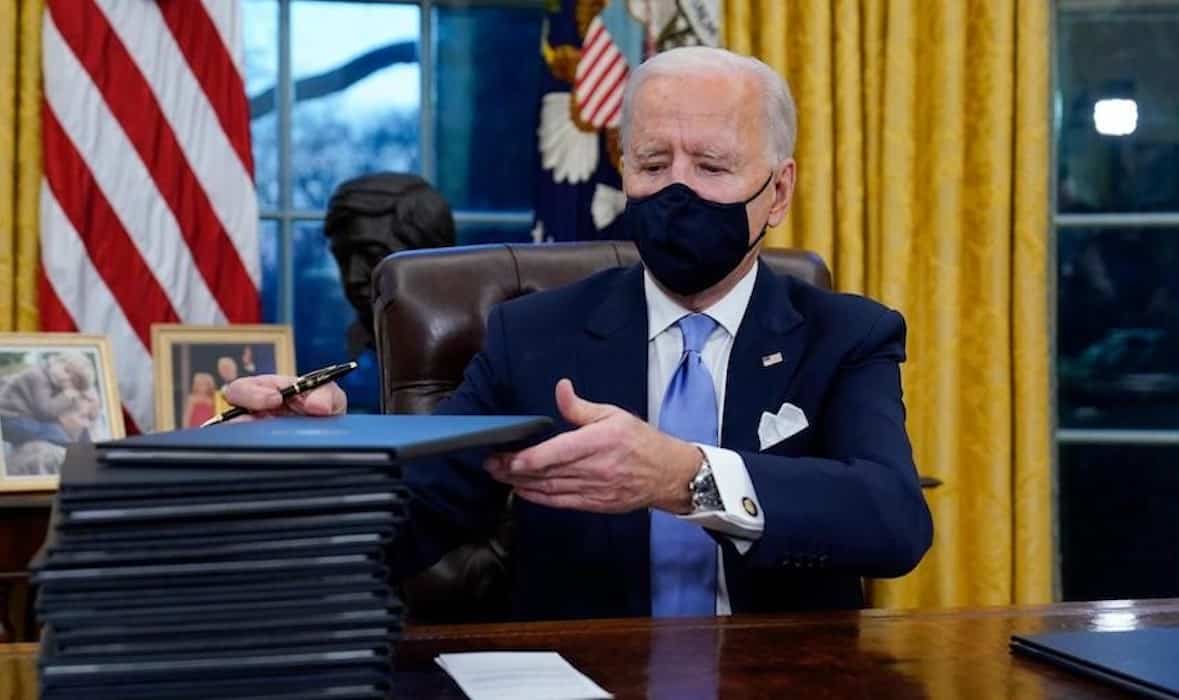 United States (US) President Joe Biden is expected to widely reset US relations with Africa, which his predecessor Donald Trump reduced to a new low. Biden has already reversed a raft of bad Trump decisions around the world, from rejoining the Paris climate agreement to ending construction of the Mexican border wall.

But one of Trump’s decisions – a parting shot in December 2020 – will not be so easy to correct. That was his controversial recognition of Morocco’s disputed claim to the Western Sahara, in exchange for Morocco’s recognition of the state of Israel.

The hapless Western Sahara was apparently just an expendable pawn in Trump’s larger policy of persuading Middle East and North African Muslim states to acknowledge Israel. He had already brokered the recognition of Israel by the United Arabs Emirates, Bahrain and Sudan. The last was also a quid pro quo deal in which Trump agreed to remove Sudan from America’s list of State Sponsors of Terrorism.

Morocco has denied the link between US recognition of its claim to the Western Sahara with Rabat’s recognition of Israel. And it has strongly emphasised that it has not abandoned the cause of Palestine independence. But the circumstantial evidence of a quid pro quo seems overwhelming.

Even in his own Republican Party, Trump’s move was sharply criticised. Senator Jim Inhofe of Oklahoma, a long-time champion of the rights of the Sahrawi people, called the decision ‘shocking and deeply disappointing.’ Inhofe added that Trump could have made the deal between Morocco and Israel ‘without trading the rights of a voiceless people.’

John Bolton, outspoken former US ambassador to the United Nations (UN) under president George W Bush and also former national security adviser to Trump before they fell out spectacularly, agreed. He tweeted: ‘Trump was wrong to abandon thirty years of US policy on Western Sahara just to score a fast foreign policy victory.’

It certainly was an abrupt U-turn in US policy towards the Western Sahara. As recently as October 2020, the US had supported the reappointment of the United Nations Mission for the Referendum in Western Sahara (MINURSO).

From that conventional policy of accepting the Sahrawi people’s right to self-determination, the outgoing Trump administration switched to recognising only their right to some autonomy, the maximum which Morocco is now prepared to concede. But if that about-turn was shocking, as Inhofe said, it doesn’t mean it will necessarily be so easy to reverse.

The Biden administration is taking its time on this one, suggesting it’s proving to be a difficult decision. When Inhofe asked Biden’s Defence Secretary Lloyd Austin about it during his Senate confirmation hearing on 19 January, Austin would only say the issue warranted a ‘closer look’, but didn’t commit. New Secretary of State Antony Blinken ducked the question completely at his first press conference this week.

The State Department replied non-committally to the same question from ISS Today. ‘We welcome the new steps Morocco is taking to improve relations with Israel. The Morocco-Israel relationship will have long-term benefits for both countries,’ a spokesperson said.

‘The United States will continue to support the UN process to implement a just and lasting solution to this longstanding dispute. We will also support the work of [MINURSO], to monitor the ceasefire and prevent violence in the area.’

Judd Devermont, Head of the Africa programme at the Center for Strategic and International Studies in Washington, believes that in general, the Biden administration will reset US relations with Africa. These have been damaged by four years of ‘neglectful, mean-spirited and China-obsessed policy’ under Trump.

He notes that Biden has already begun to repair the US image and restore a focus on democracy, human rights and governance. Examples in Africa include the government’s critical comments on police brutality in Nigeria, the war in Tigray and Uganda’s ‘illegitimate election.’

Yet he believes that, ‘Western Sahara poses an immediate headache for the new administration. While Morocco has persuaded many African countries to recognise its control over the area, the African Union (AU) counts Western Sahara as one of its 55 member states.

‘President Biden risks harming his relationship with Rabat if he rescinds his predecessor’s decision, but he will face significant blowback with the AU and other African governments if he accepts Moroccan sovereignty over Western Sahara.’

Yasmina Abouzzohour, Visiting Fellow at the Brookings Doha Center, agrees, saying the Biden administration risks alienating not only Morocco but also Israel if it reverses Trump’s decision. ‘In the event of derecognition, the Moroccan regime may go back on its partial normalisation of ties with Israel, despite its economic interests,’ she told ISS Today. ‘Given US security interests in Morocco and its close ties to both the kingdom and Israel, the administration is understandably being cautious.’

Abouzzohour contrasts the Biden administration’s hesitancy over Western Sahara with its swift and bold suspensions of Trump’s deals to sell arms to Saudi Arabia and the United Arab Emirates, two major US allies in the Middle East.

If Biden doesn’t reverse Trump’s decision, this will undoubtedly damage the Polisario Front’s long and already rather forlorn quest for independence. It’s too early to quantify the impact, Abouzzohour says. But a US decision is unlikely to change the positions of the European Union (EU) or the UN on the dispute.

‘The UN will continue to push past Security Council resolutions, while the EU will try to strike a balance between maintaining its strong ties with Morocco and backing the UN peace process,’ she says.

Whatever Trump’s motives for his decision, he also, intentionally or not, left Biden some booby traps. And this seems to be one of them.

Women and political leadership in Africa: More work needs to be done