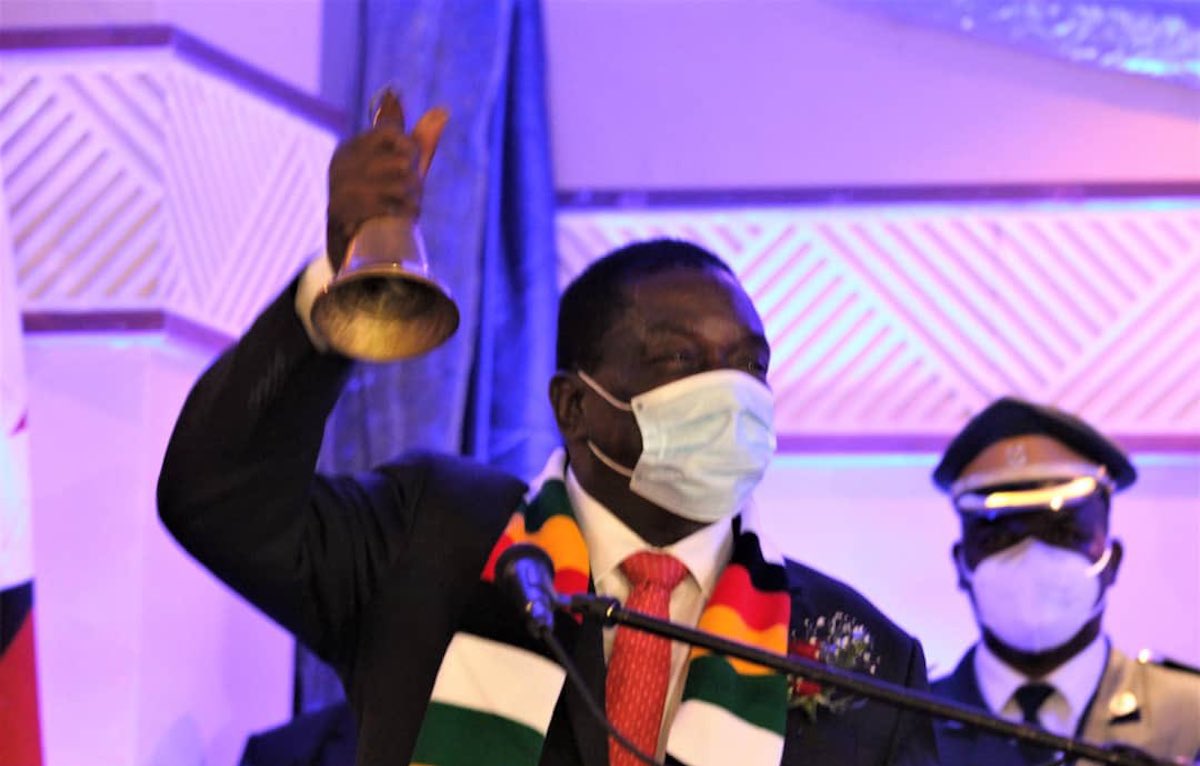 Armed thugs, including Zanu-PF cardholders, allegedly killed a Citizens’ Coalition for Change (CCC) supporter as he was coming from a rally addressed by party president Nelson Chamisa in Kwekwe on Sunday (27 February). The deceased, Mboneni Ncube (30) is among at least 19 opposition activists who have been killed under the Mnangagwa administration (including the August 1, 2018 post-election violence), while scores have been injured, raped or abducted. Another yet unnamed CCC supporter reportedly died from the latest episode of violence that left 17 injured.

Zimbabweans vote in by-elections on March 26. The newly formed CCC, whose leader, Chamisa, polled the strongest challenge to Mnangagwa in the 2018 elections, is already been marked for violent setbacks on the campaign trail. As with previous incidents of political violence, Zanu-PF has already explained away the murder of Ncube as a sympathy-seeking gimmick by the opposition party. The cynical response is in keeping with Zanu PF’s playbook of deploying and officially denying violence to play up a chilling effect in which citizens become afraid of politically organising and participating outside the ruling party.

Initial investigations by the CID Law and Order department  attributed the violence to suspected  Zanu PF supporters. “At around 1400 hours, whilst Nelson Chamisa was addressing the gathering, suspected ZANU PF youths wearing yellow T-shirts infiltrated the meeting which was held in an open space and one of them threw a stone into the gathering and ran away,” a police memo said.

“Towards the end of Nelson Chamisa‘s address suspected ZANU PF youths intercepted to people in CCC T-shirts who were walking to the rally and threw stones on them. The skirmishes, about 400 metres from the venue, resulted in deceased being stabbed thrice with a sharp object on the back and died whilst admitted at Kwekwe General Hospital,” the memo reads.

Of the injured admitted at Kwekwe General Hospital, eight reports serious conditions, including cuts on the head, a deep cut on the back,  broken ribs, dislocated hip and head injuries. Police recovered a sjambok, a machetes and other weapons from the suspects.

The CID identified four of the 16 suspects, Edmore Shoshera (30), Perscy Mukwaturi (38), Sydney Samanyayi (29) and Albert Maketo (29), as Zanu PF card-holders. All the perpetrators are described as unemployed. They could also be members of machete gangs who have committed murder and perpetrated acts of violence in the mining towns of Midlands. Several Zanu PF ministers and MPs have been accused of maintaining relationships of patronage with these gangs.

Zanu PF spokesperson Christopher Mutsvangwa has accused the police of working with CCC in an interview with Newsday, a Zimbabwean daily. “The police CID are clearly on a fishing expedition at the behest of CCC. (It is) just an irresponsible and unprofessional police office mostly heavily compromised. Murderers and violence mongers can wear any badge. Who knows, the party card could even have been planted.”

The arrests, however, mark a positive step as the lack of police reports has been previously used by Zanu-PF to deny political violence. In 2017, Mnangagwa cynically denied that there was political violence in 2008, on the basis that no police reports existed. Security forces were on a Zanu-PF assignment during the violent 2008 election run-off that left at least 200 Zimbabweans dead while many were reported missing, maimed or injured.

Christopher Mutsvangwa (centre), chairperson of the Zimbabwe National Liberation War Veterans’ Association, celebrates as the announcement is made removing Mugabe as the president of the ZANU-PF party in 2017.

“One more infantile gimmick by Chamisa and his ilk that is prone to faking abductions,” stated Mutsvangwa in reference to the murder of Ncube. Cynical denialism was also at play when alleged Zanu-PF actors raped women during the fuel protests of 2019 that left at least 12 people dead. To date, the Mnangagwa administration denies the involvement of security forces in the killing of protesters on August 1, 2018, despite eyewitness accounts and footage pointing to army responsibility.

A history of repression and disputed elections

Zimbabwe’s elections are perennially disputed. While observer narratives are invested in ballot manipulation during and after elections, it is important to note how singular acts of violence have already activated the rigging playbook. A pattern of violence and denialism has been a key feature of Zanu-PF hegemony. In the aftermath of the violent 2008 run-off election citizens became increasingly apathetic.

In rural areas, where most of the violence occurred, traumatic memory is still weaponised to stop the opposition from organising. In urban areas, citizens voluntarily self-repress following 2018 and 2019 killings, avoiding city centres altogether whenever demonstrations are organised.

Zanu-PF contradicts itself with public calls to “crush them (political opponents) like lice” and turning around to blame victims for bring violence upon themselves.

This chilling effect has been invoked again to inhibit contrarian actors from expressing themselves. Zanu-PF contradicts itself with public calls to “crush them (political opponents) like lice” and turning around to blame victims for bring violence upon themselves. Few instances of cynicism compare, more colourfully, Cde Putin’s bombing of a country and turning around to call its leaders Nazis comes to mind.

CCC leader Nelson Chamisa has an ambivalent citation for the police’s handling of his campaign. “The intention (of Zanu PF-linked thugs) was to make sure that we did not address the rally. We appreciate the police, if what I have read is anything to go by, for their professionalism. Yes, we are not happy with what they did to us in Gokwe (police officers forcefully dispersed the rally), but the fact that they have managed to investigate and certain people have been arrested, we must give kudos where they are due,” Chamisa said.

“We are back to where we were. We are now going where we are coming from. 2008, if not worse is upon us. You can see that the whole purpose of being provocative is intended to plunge the country into bloodshed, into vulnerability, incessant instability and, of course, that paves way for those who would want to raid the state coffers and also cause corruption to thrive,” Chamisa said during a press conference addressing the Kwekwe violence on Monday (28 February).

“Let me just give a context to the violence that we have seen in this country so that you can see that Kwekwe is not an isolated case. Kwekwe is just a pattern of behavior; it’s a culture that continues. You know that Itai Dzamara has not been accounted for to this day, he was kidnapped in broad daylight.

“You know what happened in 2018 August. People were shot at during broad daylight by guns. In January again there was violence, 2019, people were killed, almost 17 (different, inconclusive figure have been put forward), nothing was done,” Chamisa said, also citing Zanu PF supporters’ disruption of his rallies in 2021 and 2022.

Even if March 26 by-elections and 2023 general elections proceed to a photo finish, Zimbabweans will have to deal with the rigging that psychologically and structurally accumulates from Zanu-PF violence.

Cartoon | Between a rock and racist place