Since the 24th of February, Russia has attacked Ukraine by land, air, and sea. They have approx. killed 9.1K people, injured 1.8K, and displaced at least 870K according to Reuters last status report. Their onslaught includes the bombing of city centres, which has caused a mass exodus of people.

The United Nations (UN) details that at least one million people have fled Ukraine in seven days, with UNHCR spokesperson Shabia Mantoo warning that should the numbers hold, the exodus could become “the biggest refugee crisis this century”.

According to UN data, the vast population is fleeing to Poland, then the deficit to Hungary, Moldova, and Slovakia. Despite a hard stance and often hostile attitudes towards migrants, Eastern Europe now has an open policy for those fleeing the war on Ukraine.

“We’re prepared to take care of them, and we’ll be able to rise to the challenge quickly and efficiently,” said Hungarian Prime Minister Viktor Orban, who has previously described migrants arriving in Europe as a “poison”.

Only the ‘civilised’ deserve global intervention

The narrative that has fuelled this ideological change is that Ukrainian people are ‘civilised’, ‘educated’, ‘middle-class’, ‘prosperous’, ‘they look like any European family that you would live next door to’ and therefore deserving of assistance.

Bulgarian Prime Minister Kiril Petkov told journalists of the Ukrainians. “These are not the refugees we are used to… these people are Europeans… These people are intelligent, they are educated people… This is not the refugee wave we have been used to, people we were not sure about their identity, people with unclear pasts, who could have been even terrorists…” 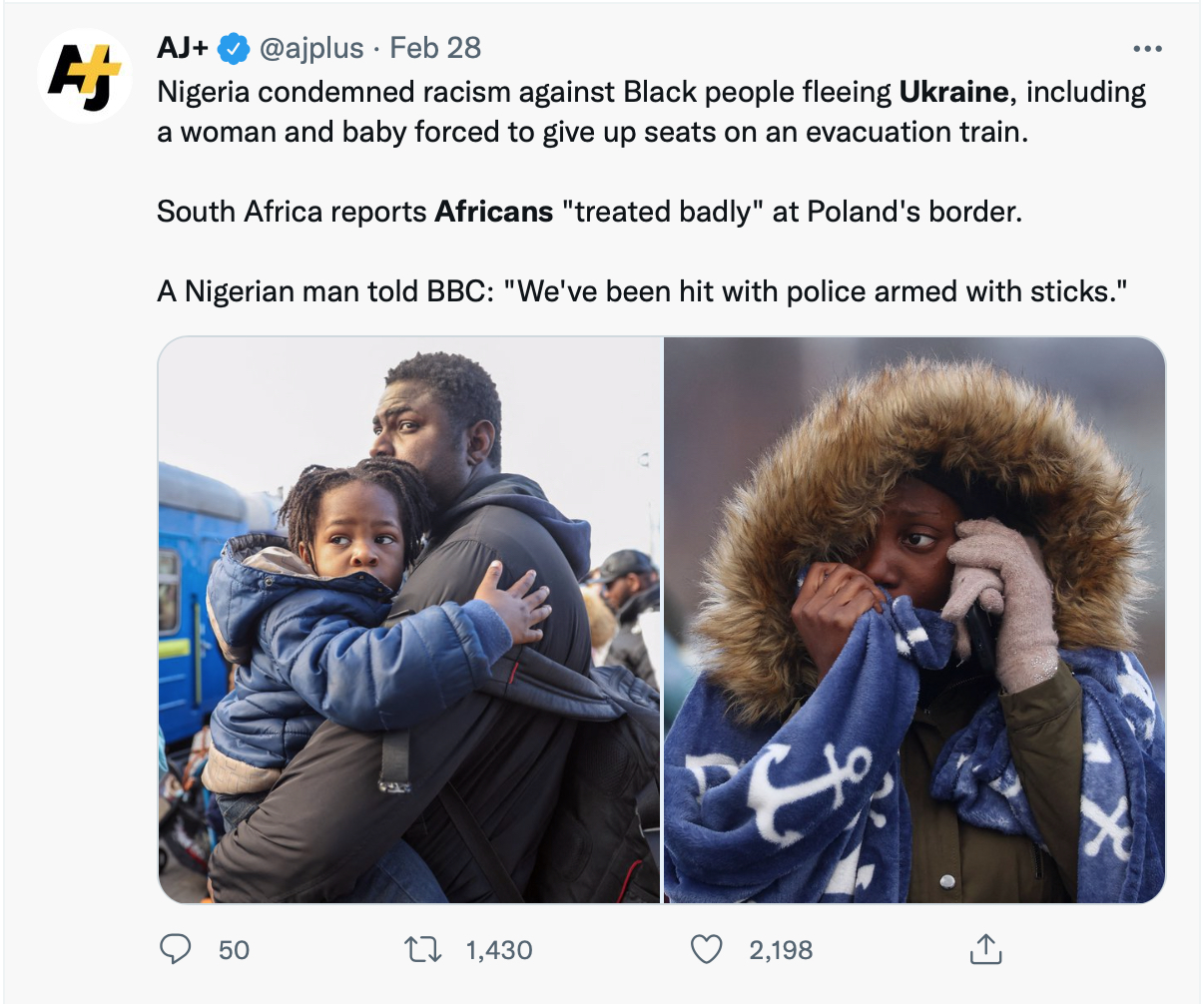 The indication that White people are an anomalous group who should not be affected by war or other meaningless atrocities because of their race is an outward demonstration of ingrained racism. The shorthand is that these countries believe that anyone who is not White is deserving of brutalities and because it is their portion, they are merely a nuisance to the rest of the world.

A clear example is, the same EU that has acted swiftly to provide €1.2 billion macro-financial assistance and €500m in arms to aid Ukraine has also been criticised for funding Libya to intercept African migrants and return them to deadly detention centres.

It is no wonder that Africans who were in Ukraine at the time of the invasion are having trouble crossing borders to safety. DW estimates that nearly a quarter of the more than 75,000 foreigners studying in Ukraine are African — with the largest numbers coming from Morocco, Egypt, Nigeria and Ghana.

Despite the loud and active commitment to take in migrants from Ukraine, African students are being barred from accessing transport leaving city centres and crossing borders into neighbouring countries.

Video footage of these instances has been widely documented and shared on social media.

We ask @prezydentpl @PremierRP Poland, @BalazsOrban_HU @zoltanspox Hungary to instruct your border guards to allow in Africans fleeing the fighting in #Ukraine. There are reports of African students being denied entry at gunpoint. @POTUS @HouseForeign @HouseForeignGOP @UN @CNN pic.twitter.com/HqF2R8VIBC

While Africans are being treated inhumanely all other provisions are being made to accommodate the White Ukrainians. 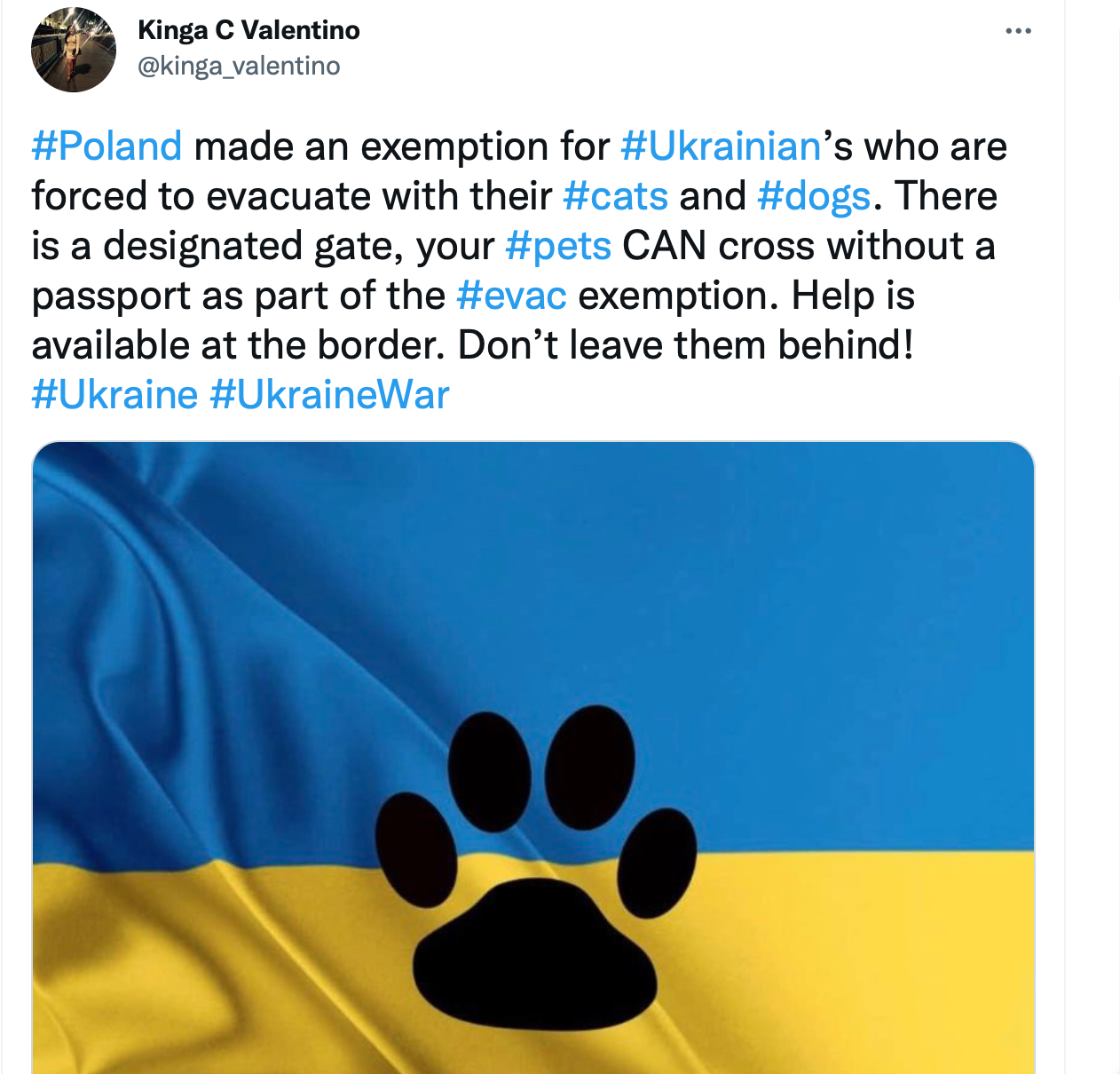 The AU has issued a statement saying, “Reports that Africans are singled out for unacceptable dissimilar treatment would be shockingly racist and in breach international law,”

“[A]ll people have the right to cross international borders during conflict, and as such, should enjoy the same rights to cross to safety from the conflict in Ukraine, notwithstanding their nationality or racial identity.”

Now that the discriminative practices have been made public Western and European countries are scrambling to admonish this ill-treatment and damaging narratives.

Despite their best efforts, black people around the world are not convinced. 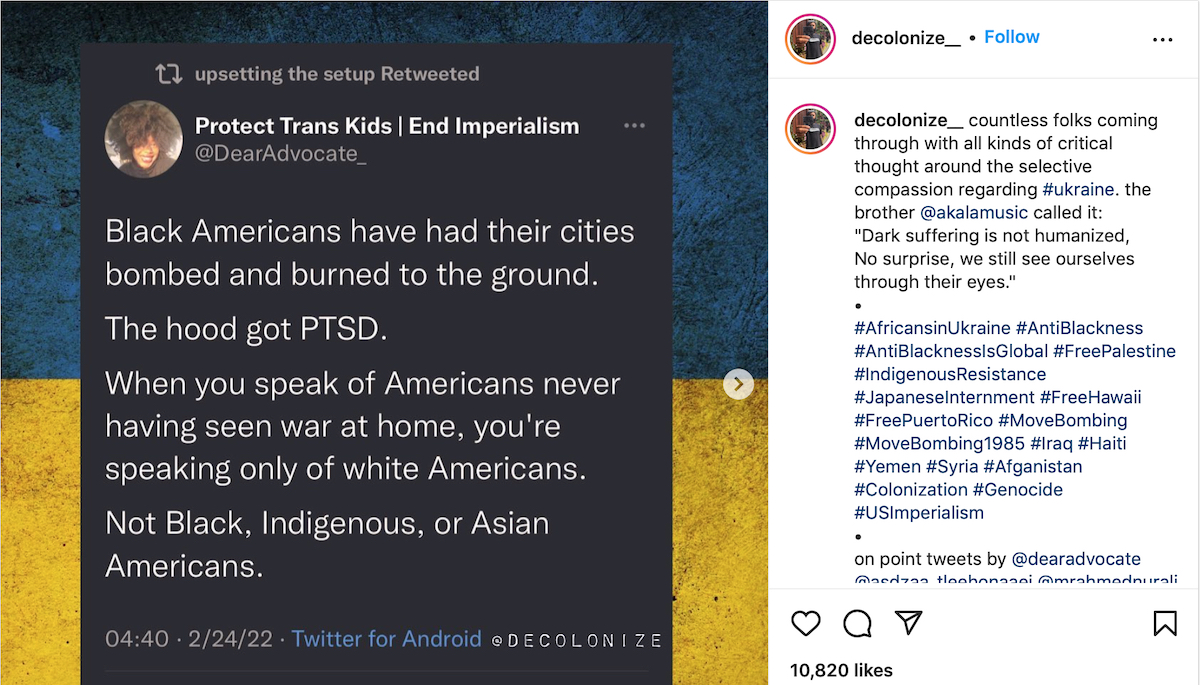 The experiences of Africans in Ukraine, the world’s immediate and impactful response to Putin’s war, and the media’s language around it, are just further evidence that even in dire situations there is always space for racism.

Africans trying to flee Ukraine left stranded, after being denied entry trains from Ukraine and into Poland's border. An African lady in the video is holding a 2 months old under very cold weather. stop racism.@MinPres .@POTUS.@antonioguterres.@amnesty. @eucopresident. pic.twitter.com/wNhYfheh72

The official visuals of Ukrainians blocking Africans from getting on trains. #AfricansinUkraine pic.twitter.com/hJYpM3LY0A