Zimbabwe: 18 year-old makes history after graduating with B Accounting (Hons) degree from UZ 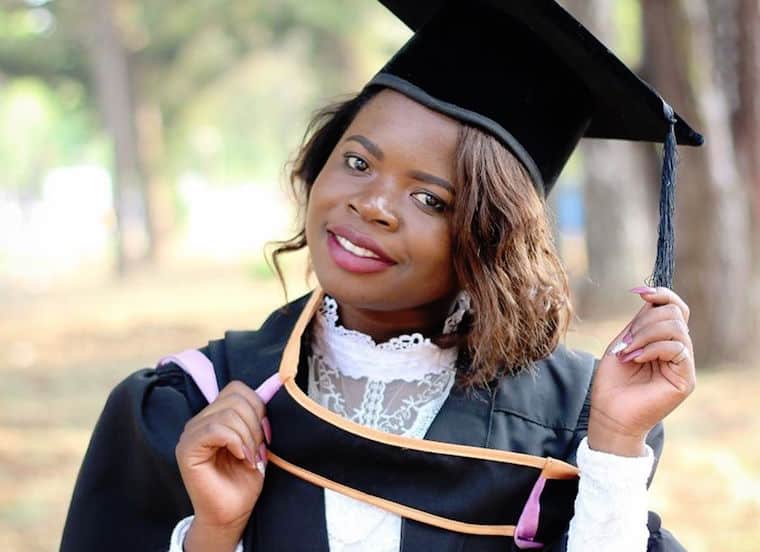 History has been made, Zimbabwe’s youngest college student Maud Chifamba, who was enrolled at the country’s top college, the University of Zimbabwe (UZ) has graduated from the institution with a Bachelors Degree in Accounting (Honours), aged 18. Chifamba becomes the youngest graduate from the university.

The 18 year-old graduate was among 3 667 graduates from nine faculties and the College of Health Sciences who received their degrees from President Robert Mugabe, who is the Chancellor of the university.

In 2012 the young genius enrolled for a degree aged just 14 and her historic and remarkable feat received widespread applause.

However, the road has not been as rosy as some might imagine. Her family could barely make ends meet and Chifamba had to drop out of school after finishing primary school due to lack of funds.

Chifamba who was born in 1997 had to study from home and in 2009 when she was only 11, she wrote her Ordinary Level examinations and passed with flying colours. She only needed two years to achieve what normally takes four years for others.

After receiving a government scholarship, Chifamba excelled in her A Levels, earning her a place at the prestigious UZ. The teenager attributes her outstanding achievements to the supportive family structure she was raised in.

The teenager has taken to social media to share and celebrate her remarkable feat. She wrote on Facebook: “By Grace through faith! Miss M Chifamba (18) BAcc (Hons) (UZ)…..Who agrees this is the most beautiful I have looked so far? Because 90% of my beauty lies not in what meets your eye; but my Brain!,!”

“Thanks to everyone congratulating; calling; supporting; posting, commenting and spoiling. Thank you for making me a great person!!!”.

We congratulate Chifamba on her graduation, and for making history.

The fight to save Ebola survivors