Is the obsession with homosexuality politicians’ way of distracting us from the real issues?
Advertisement 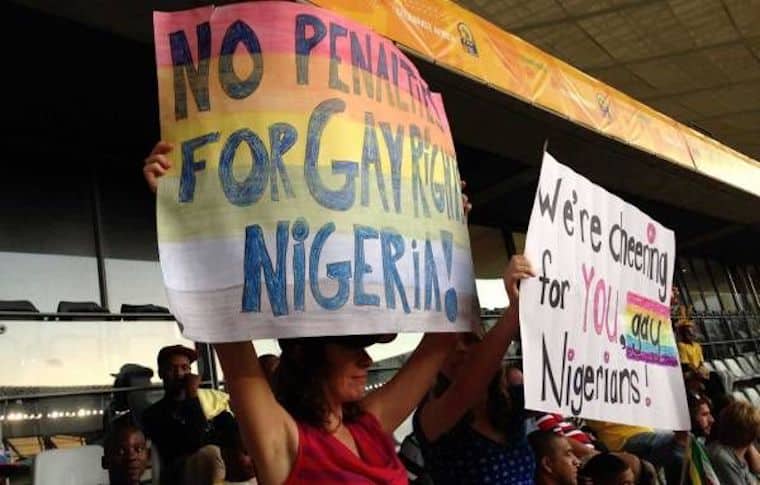 On 13 January 2014, the then Nigerian president, Goodluck Jonathan, signed into law the Same Sex (Marriage) Prohibition Act. The law was similar to that of Uganda, which had been passed in December 2013. However, same-sex sexual intercourse had been illegal in Nigeria since 1901, when the country was under British colonial rule. It is one of the colonial laws many countries inherited.

In contrast, India’s Supreme Court delivered a historic judgment on 6 September 2018 when it repealed Section 377 and ruled that consensual adult gay sex was not a crime.

The obsession with sexual orientation has been at the forefront of debate in Nigeria. The Nigerian politician Donald Duke, a former governor and now presidential aspirant, said the following on the television show On The Couch: “I don’t understand the emotional feelings a gay person would have toward someone of their sexuality. I don’t understand it. But I would not criminalise them. I would ensure they have the protection of the law.” But the 2019 presidential hopeful capitulated on his statement when he received a backlash from Nigerians who said that he was supporting homosexuality. In response, Duke said in a Facebook post: “Nothing is further from the truth. Homosexuality is a crime in Nigeria and ought to remain so.”

Uganda has some of the most severe anti-gay laws in the world. EPA/Ronald Kabuubi

When President Goodluck Jonathan signed the law criminalising homosexuality, he had been seeking re-election the following year. (Unfortunately for him, it was not enough to get him re-elected into power.) This is not a new phenomenon: The African political class has often used the criminalisation of homosexuality to distract the public from the pertinent issues of corruption, a terrible health care system and falling education standards. While this tactic has proved effective many times, in the long run, when the economy fails, or a recession hits, it cannot be blamed on gays and lesbians.

The incapacity and unwillingness to disentangle what is private between two consenting adults and what the government’s role is in such relationships has yet to be fully comprehended by the majority of people. But hopefully, over time, anti-gay laws will be decriminalised and society will understand that the fundamentals, such as the supply of decent infrastructure, building the economy and fighting corruption, should be the focus of government.

Is Naomi Osaka at the centre of another nationality claim?